I've lived in New Jersey for over a dozen years, and adopted my wife's beloved Devils as my favorite hockey team. It's a tough team to root for, not only because they're lousy again this year, but because so many of the sports fans in this state are loyal to rival teams in New York and Philadelphia. Not sure if the NBA's Nets had that same problem, but my original favorite hockey team sure did. 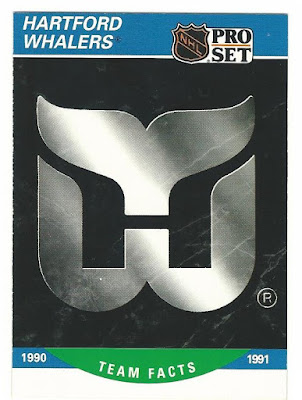 The Hartford Whalers are sort of a cult favorite now, a gone but not forgotten relic of the "old" NHL, before the league expanded/relocated to non-traditional markets in the southern US.


The Whalers moved to tobacco country when I was in High School,  and so my fandom was reduced to minor league teams like the New Haven Ravens, double-A affiliate of the Colorado Rockies. 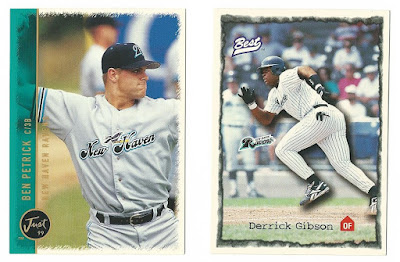 The Ravens played a decade at historic/outdated Yale Field, starting in 1994. They pre-dated the Baltimore Ravens and I was so mad that the NFL team stole "our" name I called them the "Baltimore Football Franchise" until about 2001.

The baseball Ravens were later affiliated with the Mariners, then the Cardinals, and finally the Blue Jays. I think I saw 15-20 Ravens games (including the Eastern League championship) before they moved to New Hampshire in 2004. The best player in Ravens history has to be Todd Helton. Unfortunately I don't have a minor league card of him. 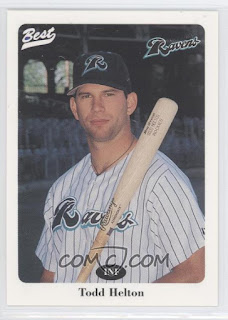 Connecticut still has two professional baseball teams: the Hartford Yard Goats and the Connecticut Tigers. These teams did not exist before I moved to New Jersey so I don't have any cards of them, either. The Yard Goats are the current double-A affiliate of the Rockies, which sort of brings the Colorado-Connecticut connection full circle.

There are also two professional hockey teams in my home state, the Hartford Wolf Pack and the Bridgeport Sound Tigers.

I never liked the Wolf Pack (even when they briefly renamed themselves the Connecticut Whale) because they are affiliated with the New York Rangers. I did attend a few Sound Tigers games, but I didn't follow them all that much. After the Whalers became the Carolina Hurricanes, the franchise shared an AHL affiliate with the Florida Panthers:

The Beast of New Haven was the third NHL-affiliated team in my sort-of hometown, following the Senators and Nighthawks. 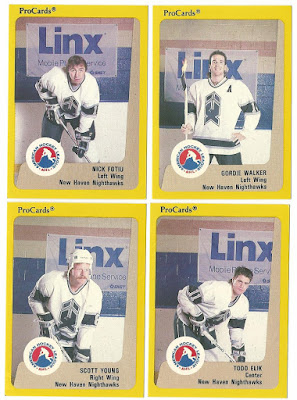 The only other hockey fan in my circle of friends was also named Chris, though we often called him "Cush". We talked of buying Beast season tickets once we were working adults but they also moved to Carolina, after the 1999 season. (can somone explain to me why Peter Karmanos deserves to be a hockey hall of famer?)

Around that time, Cush and I had a contest to see who could acquire the most Hartford Whalers cards by December 31st of that year. The loser had to buy the winner a $10 card of his choice.

We ended up tied.

As of now I have about 1,000 different Whalers cards - not including anything in a complete set. I haven't really shopped for Connecticut cards in a while, but there was one in my last COMC order that I had to add to my collection: 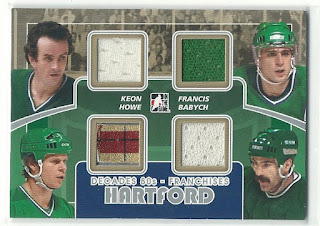 I've got a handful of Whalers autos and a jersey card or two - but nearly all of my Hartford cards are base or parallels.

Lately I've been thinking of setting a few collecting goals for 2017. My primary goal is to purchase a case of 2017 Topps Heritage baseball. I also have one last group of vintage cards to submit to PSA.

Aside from that I've decided to re-boot my Connecticut collection. There are hundreds, perhaps thousands of players in the four major sports (no disrespect to NASCAR or soccer) who have some connection to the Nutmeg state. I can't possibly PC Steve Young, Jeff Bagwell, Ray Allen, Chris Drury, Mo Vaughn, Brian Leetch, George Springer, Jonathan Quick, Dwight Freeney, Emeka Okafor, etc etc... so I'm going to narrow my focus to cards of Connecticut teams
and let's not forget the New Britain Rock Cats: 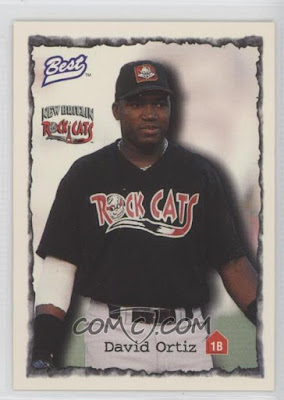 I gotta get me one of these

My hometown of West Haven (which neighbors New Haven) has not produced a whole lot of professional athletes. The high school football stadium is named after New York Giants great and NFL Hall of Famer Ken Strong.. 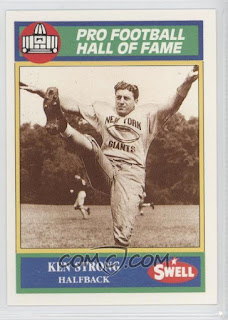 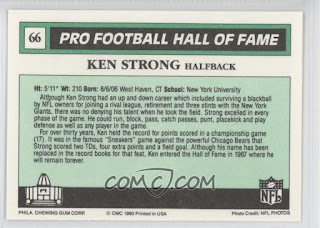 ..but the only other West Havener to make the big leagues (that I know of) is Matt DelGuidice, who played goal (briefly) for the Boston Bruins: 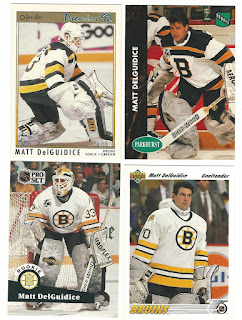 Shortly after his NHL debut, my LCS was asking $3 apiece for these junk wax cards. I did not pay $3 for these, obviously. I'm pretty sure that this is all the cardboard Matt appeared on (except the French versions), but if not I bet I could buy all of the remaning cards for under $3 total.

There is one other minor league team I failed to mention, which existed before my time. The double-A West Haven Yankees played in my hometown from 1972-79, and were followed by the A's affiliate until 1982. I only have two West Haven cards but I plan to acquire a few more in 2017.

Do you collect cards of local players/teams? Has your hometown produced any pro athletes? Is there a minor league team near you? Let me know in comments!