In my last post I discussed my first ever box break with my now seven-year old daughter - a repack blaster I picked out a couple weeks ago. My second father-daughter box break was a blaster of Garbage Pail Kids... which I held onto until her official birthday.


I was a GPK fanatic as a kid. I can still remember taking my $5 allowance to the corner store and coming home with 20 packs of Series 4 one stormy afternoon sometime in 1986. There are still remnants of GPK stickers on the closet door of my old bedroom in my mom's house.

My nephew (who was born in '86) shared my passion for GPK - and as he was buying back his childhood he found this book: 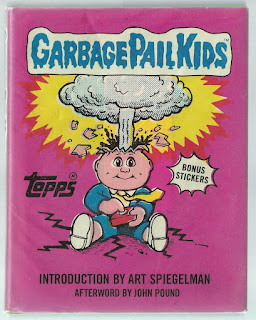 ...which contains full-color pictures of every 'A' sticker in the first five series. My girls and I were fascinated by them, and I pointed out the ones I had in my collection (the ones I could remember, anyway.)  When my nephew saw us enjoying this book he decided to give us a copy for my birthday. For a few weeks afterward, my girls wanted me to "read" the book to them as a bedtime story!

That got my oldest daughter interested in buying some GPK of her own. She asked about the stickers in the book - the originals from the mid-80's. "Can we buy them, daddy?"

So I scrolled through COMC with her (starting with series 1) and let her pick out a handful of cards she liked - but I told her they couldn't be more than a dollar each. Here's what she picked: 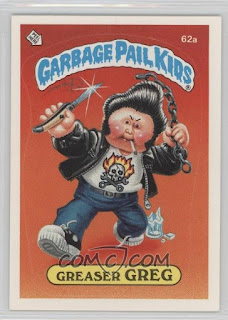 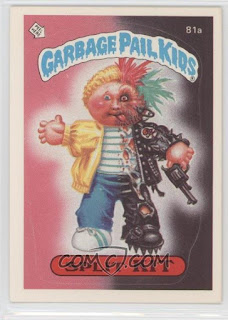 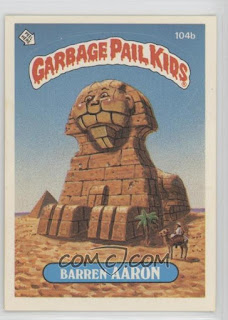 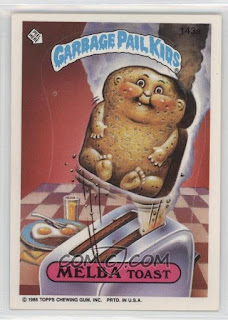 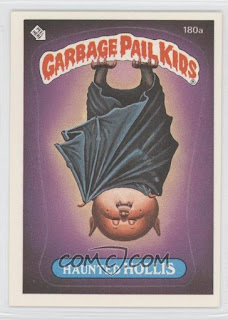 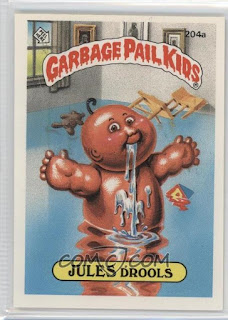 
She also picked this one (which was not in the book) for a very personal reason: 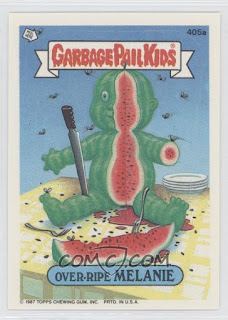 I picked out some that were personal favorites of mine from 30 years ago: 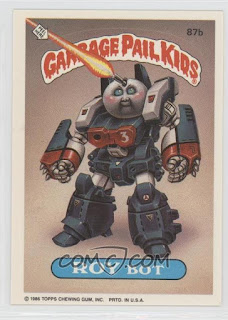 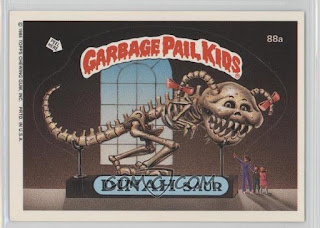 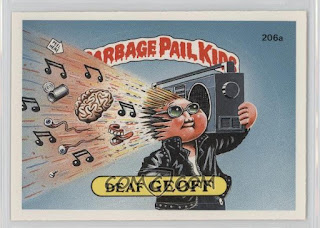 
Those are all incoming from COMC. As for the new GPK we opened, this blaster was from a series called "Prime-Slime Trashy TV". For $10, we got four 10-card packs and bonus stickers from a 'Bathroom Buddies' series.

When I realized there were only four packs I initially had a bit of sticker shock; if you collected these in the 80's you'll probably remember that five-card packs used to cost 25 cents. Then I realized that if 2016 Topps baseball cards had double the amount of cards at ten times the 1986 price...they would cost $5 for 30 cards. That's pretty much what a jumbo/fat pack costs now, right?

Unlike the old GPK cards these were not numbered 1a/1b, 2a/2b through the end of the series. These appear to be divided into multiple subsets, with no unifying number sequence:

I scanned all of the cards before my daughter took them back to her bedroom. Last I heard they were under her bed, but I don't know if she will stick them in a book (or her bedroom door) or keep them intact. 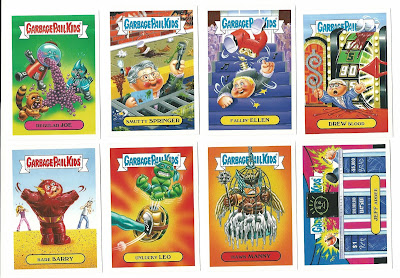 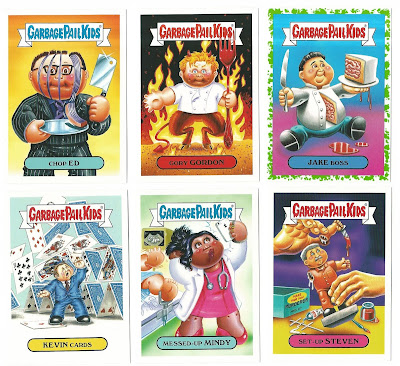 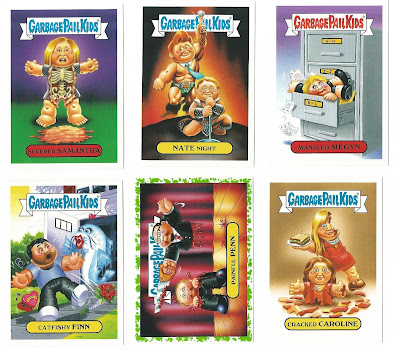 As you can probably tell, these are supposed to depict specific shows and characters from the world of television. I got some of the references right away, but others baffled me.

How many of these TV shows/personalities can you identify?