Today has been a great day. My favorite internetainer Taryn Southern acknowledged and appreciated my comment on her latest video (I 💕 her) .. and I got a PWE from Kin Kinsley of the blog I Feel Like A Collector Again.

Kin had contacted me about helping me with some set needs, and thanks to his generosity I can cross thirteen cards off my list.

First off, we have ten pieces of Flair: 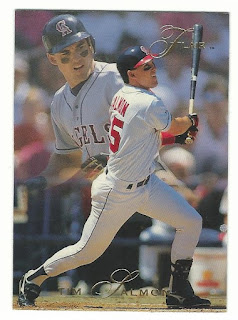 #177 Tim Salmon. I was always on the lookout for Salmon, Jim Edmonds, and J.T. Snow cards in 1993 and 1994. This may have been because they were expected to blossom into superstars, but for me it was all about those awesome Angels unis. It makes me happy that Mike Trout (Salmon...Trout...hmm) is sporting these throwbacks on his Topps Update RC... and it makes me sad that I can't afford one :/ 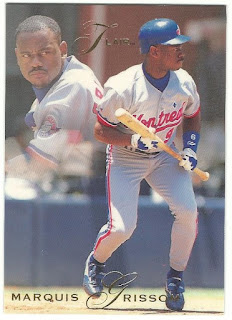 #83 Marquis Grissom. This card looked familiar, and I thought I might have had it and mistakenly added it to my 'need it' list. But my initial assumption was correct. Maybe I had one originally and it was all scratched up so I discarded it. Not sure why I wouldn't have held onto it as a placeholder, but whatever. It's here now, and that's the important thing. 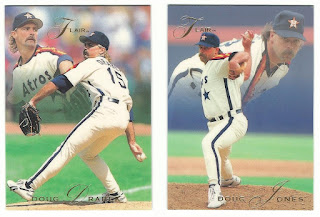 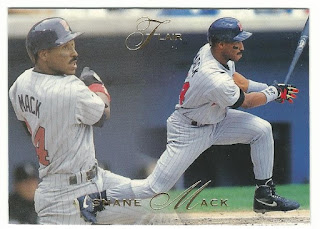 #238 Shane Mack. There aren't a whole lot of horizontal cards in the 1993 Flair set, but in most cases they look better than the vertical cards. There's no 'ghost' effect with these, as you'll see below. 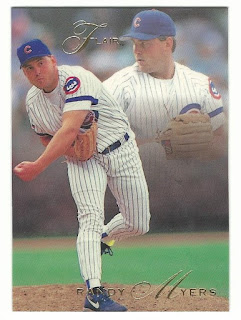 #19 Randy Myers. See what I mean - where is his lower body? Maybe one of the 5,000 Cubs bloggers can tell me if that blue armband was part of the uniform, or a tribute to a late legend (Harry Caray perhaps?) 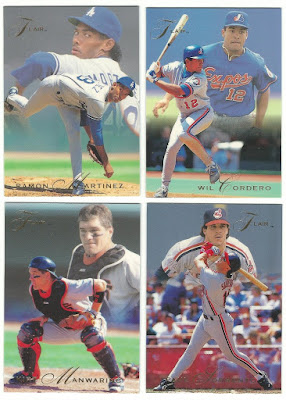 The rest of the Flair. I'm now 31 cards short of a complete 300 card set - and my first order with Just Commons should get that completion percentage up over 90%.

I used to have a complete set of this, but I've no idea what happened to it. No matter, I'm now just one card away from completing it once again (all I need is the Neal Broten.)


Thanks again Kin! I'll be sure to send something your way soon.

I still have another box break to post, but I wanted to get one more hockey-related topic out of the way, even though it's a few days old.

The NHL revealed their 100 Greatest Players of All-Time as part of the league's 100th anniversary celebration.

The first 33 pre-expansion legends were revealed Jan. 1, while the remaining 67 were announced during last weekend's All-Star festivities. I don't know enough about the 'Original Six'-era players to comment or disagree with the list, but here they are:

The remaining 67 greats played in the NHL after 1967 (coincidence?) and were announced by decade and then by position. As I watched the NHL 100 gala (which was hosted by Jon Hamm) I tried to predict which players would make the list, and I usually guessed right - though there were a few surprises.

Before I nit-pick about the names left off the list I should say that I'm pleased that the committee chose not to rank the players from 1 to 100. There's really no need to assemble these legends and announce that one is greater than the other. I'm also proud of the humility shown by the three greatest living players - Wayne Gretzky, Bobby Orr, and Mario Lemieux - who all agreed that if the players had been ranked, the greatest of them all was not themselves but the late, great Gordie Howe. (Betcha Michael Jordan would never be that humble.)

Here are the 67 expansion-era legends, sorted by decade: 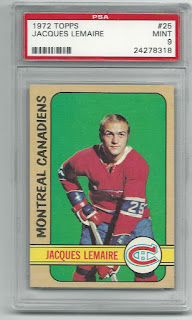 my thoughts: I loved Jacques Lemaire as a coach, and I'm all for two-way players like Lemaire and Bob Gainey getting recognition.. but there are at least a dozen players who had greater careers and didn't wear the 'Bleu Blanc et Rouge'.

That said, I don't see any obvious omissions from the 1970's - though Rod Gilbert and Lanny McDonald are in the conversation. 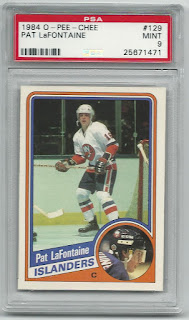 my thoughts: Oh, the high-flying 80's.. so many 50-goal, 100-point scorers. This is where it gets interesting: where's Dale Hawerchuk? Michel Goulet? Dino Ciccarelli? Glenn Anderson? How about offensive defenseman Phil Housely, or defensive defenseman Rod Langway? No? Okay, then let's take a closer look at the forwards.

I hate to single out the only American on this list, but Pat LaFontaine barely managed 1,000 points in an injury-shortened career. Adjusted for inflation, he would have 902 points - good for 115th all-time. That's fine for a two-way forward like Lemaire. But it's not enough in the 80's. 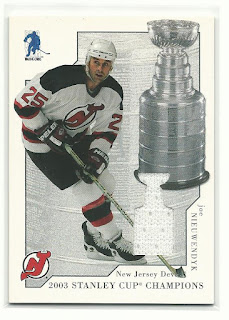 my thoughts: A decade split into high-scoring and low-scoring by the '95 lockout, this list is loaded with legends. You could make the case for Ed Belfour as a third goalie, but the real debate is between great players with short careers like Lindros and Bure over players who were very good for a very long time, like Mark Recchi, Pierre Turgeon, and Dave Andreychuk.

my thoughts: When I watched the NHL 100 ceremony I was expecting to see Brodeur and Jagr in the 90's (Selanne and Lidstrom could have fit in either the 90's or 00's) When Jagr was not announced I thought that maybe the list was excluding active players. Once these names were revealed it became clear that the committee missed some obvious active greats while selecting a trio of Blackhawks stars. This is where I would make the most changes, even if it means omitting a few from past decades.


For example, I could name 25 players across all (post-expansion) decades that would not be out of place on this list:


And that doesn't even include the two most glaring omissions: Joe Thornton and Jarome Iginla. 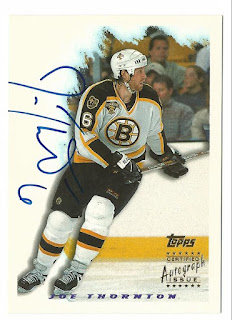 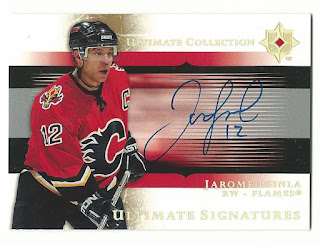 Jarome Iginla is currently 34th on the all-time scoring list and third among active players with 1285 points. He is second among active players (and 16th all-time) with 617 goals. Every player ahead of him on the all-time list except Dave Andreychuk made the NHL 100 list. Iginla's era-adjusted totals would be 1439 career points (good for 15th all-time) and an astounding 702 goals, which would be 6th all-time.


I know that hockey has incorporated new-age analytics like Corsi and Fenwick and whatnot, but they really need to utilize these era-neutralizing statistics (like baseball has with WAR, ERA+, and the like) so that great players aren't overlooked for playing in the "dead puck" era, and very good (but not great) players aren't overrated for filling the net in the high-scoring 1980's.


What are your thoughts on the NHL's 100 Greatest Players list? What player(s) would you add to or subtract from the league's list?