I wish I had time to discuss sports/sports card topics not related to my 50/50 trading post - like the Justin Verlander trade or the upcoming NFL season, or what new card sets await us in late 2017. Unfortunately I haven't had time to do much creative blogging (I can't even keep up with my other blog and reply to my six or seven friends there.) 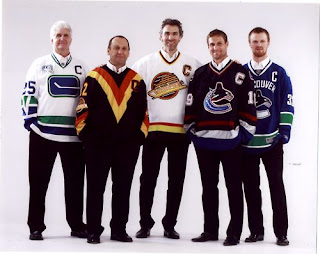 Brian asked if I'd be okay shipping north of the border, which I was. I've noticed that some traders won't because the cost is prohibitive. (It's a major reason why I don't sell eBay items internationally anymore.) After shipping three packages to Canada for $9.50 each I might have to do the same - which would be a drag because there are so many great traders up north.

This is the kind of mailer I'd be missing out on if I stopped shipping to Canada: 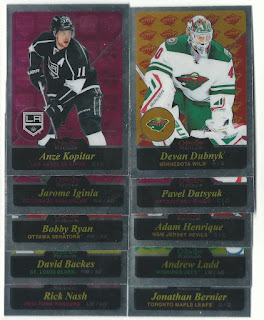 Ten cards for my 2015-16 O-Pee-Chee Retro Franken-set. I'll scan each card individually once I complete it (it's only 100 cards) 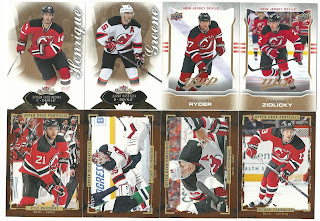 A nice stack of Devils, including my first Portfolio cards... 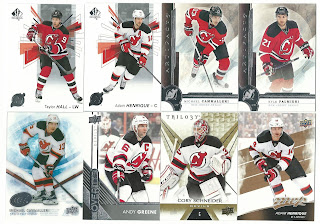 ...and my first card from 2017-18. The Cammalleri Ice is very nice, too. I was surprised the Devs bought him out in the off-season, but I wont be surprised if he has a bounce-back year with his original team, the L.A. Kings.

Brian sent some Sox my way as well, including Bowman prospects past and present: 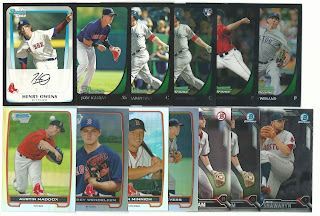 ...a rookie star with tons of HYPE, and some award-winning Sox stars: 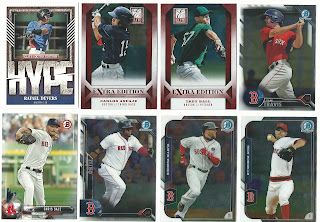 I don't disagree with those who say Justin Verlander should have won last year's Cy Young over Rick Porcello - but I will strongly disagree with anyone who says Chris Sale doesn't deserve it this year. 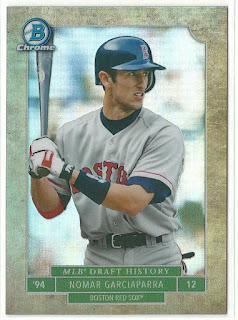 I know Topps doesn't always match the date/year on the card to the photo, but Nomar looks so young in this pic; if it's not from '94 it's certainly not far off.

Thanks for the trade, Brian. I appreciate the cross-border trades, I know how expensive it is to ship internationally... 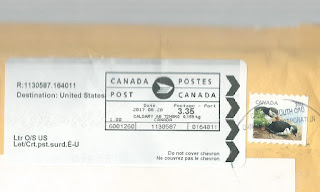 What?!?? It cost $3.35 Canadian? That's less than I paid to send a similar sized package to a trader within NJ.

Damn, Canada. You've got hockey everywhere, a leader that isn't embarrassing, and your postal rates are cheap?

Got room for one more up there?


Hope you all have a great Labour Day weekend, eh.