I received three trade packages this week: the first one arrived Tuesday, courtesy of Adam of the blog Infield Fly Rule. Adam claimed my Colorado Rockies lot and sent me 51 cards in return - most of which were Rockies, like current Red Sox starter Drew Pomeranz: 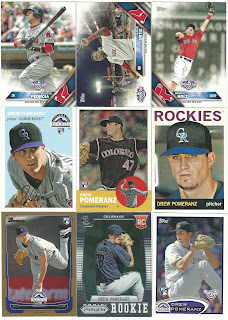 After flipping through these cards a second time I realized something... nearly all of these Rockies were Red Sox at some point in their careers. Here's a bunch of Ellis Burks: 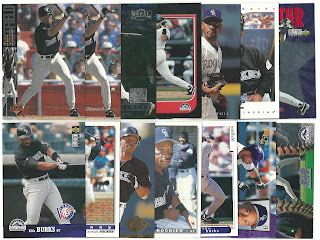 Burks started and ended his career in bean town.


All of these guys were Red Sox - except Albert Belle: 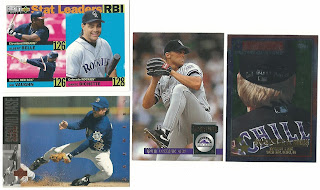 Dante Bichette finished his career with two seasons in Boston. 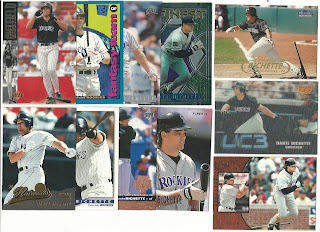 I had a decent Dante collection back in his Blake Street Bomber days.


Adam did include some cards of players who didn't suit up for the Sawx: 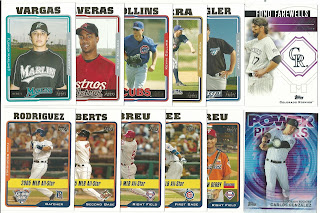 The CarGo insert stands out here, I seem to end up with a lot of his cards.

Thanks again for the trade, Adam! Here's hoping both our teams can hold on to their playoff positions. Perhaps they'll meet up for a 10 year reunion in the World Series ;)