Houston is home to three pro sports teams - the Astros, the Texans, and the Rockets. The Astros are defending their first World Series title, led by 2017 American League MVP Jose Altuve. The Texans have won four South Division titles but have not played in a Super Bowl or AFC Championship game. 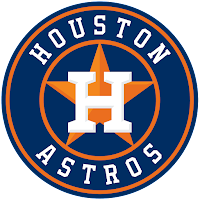 The Rockets finished the just-completed 2017-18 season with the NBA's best record at 65-17. James Harden is looking to match Altuve's feat of winning an MVP and a title in the same season. 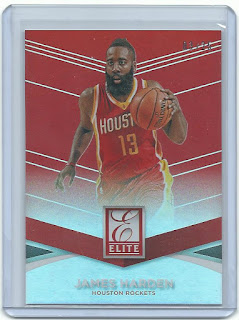 It has been a year of highs and lows for Houston. Hurricane Harvey ravaged the city in August, just days before the Astros traded for Justin Verlander. The city rallied around its sports stars and they returned the favor, raising millions of dollars for hurricane relief. 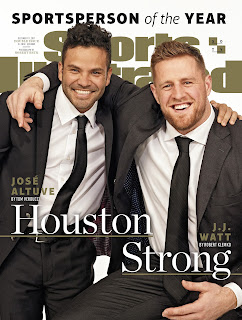 I don't have many cards of Jose Altuve or J.J. Watt left in my collection. I flipped Watt's Topps Chrome RC on COMC (combine photos aren't my thing) and sold a small lot of Altuve RCs (Topps Update, Bowman Gold, Bowman Chrome) on eBay a couple years ago. One of the most valuable and unique cards I've ever pulled was this Carlos Correa red ink auto from my 5-box break of 2017 Topps Heritage: 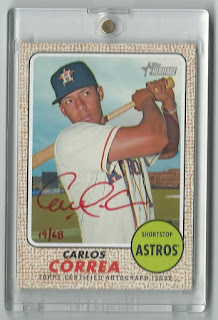 Note the numbering on that bad boy. Too perfect.

The Rockets were my favorite NBA team back when I followed basketball equally as much as the other three sports. 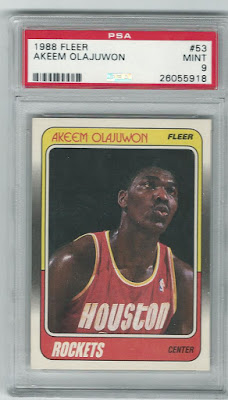 For about 20 years I had an Hakeem Olajuwon jersey like the one pictured on this card. I sold that too (the jersey, not the card.) 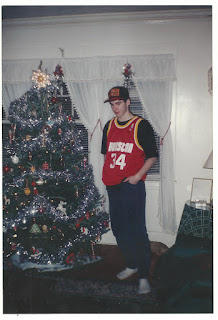 Based on this old photo of me, I'm surmising it was a Christmas gift. 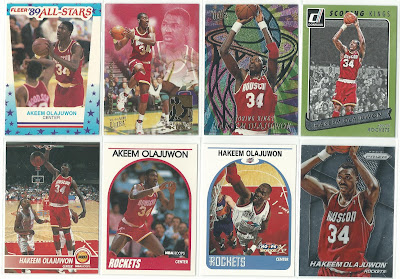 Hakeem was my favorite player, of course. But I also liked Robert Horry, Sam Cassell, and Otis Thorpe. 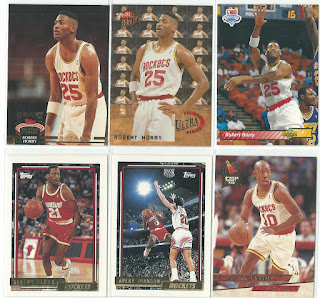 Even when I stopped following and collecting basketball I held on to my 90's Rockets cards. 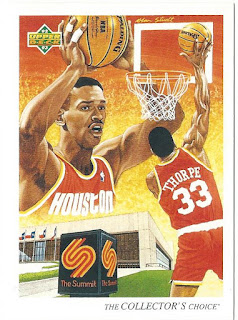 The Summit is now a megachurch where noted humanitarian Joel Osteen performs his sermons.

Over the past year or so, generous bloggers have added recent Rockets to my collection: 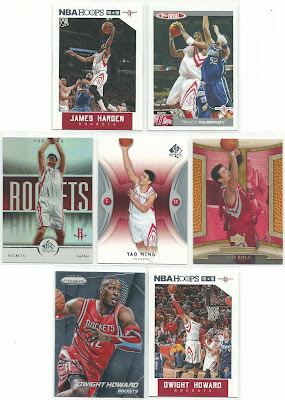 Does anybody remember the Yao Ming Visa commercial? Yogi Berra has a cameo at the end. 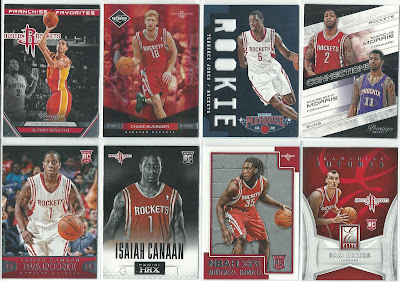 HRX sounds like a high-def sound system or a high-intensity workout. The Chase Budinger is supposedly a silver parallel, but it sure looks red to me.

The back-to-back titles won by the Rockets in 1994 and 1995 were not Houston's first pro sports championships. The WHA's Aeros won the Avco World Trophy in 1974 and 1975, led by hockey legend Gordie Howe and his two sons Mark and Marty. 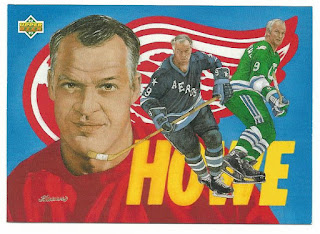 I don't have any WHA issues of "Mr. Hockey"; this Hockey Heroes card from 1992-93 Upper Deck will have to do. There were three of these in the "mystery box" I bought on eBay.

However I do have a Marty Howe card, which I bought from my LCS in Connecticut (can you guess why?) Mikko Koivu played for the AHL's Aeros; he's now the captain and all-time leading scorer of the Minnesota Wild. Douglas (Sportscards From The Dollar Store) contributed the Khudobin and some other AHL/CHL/CFL cards, which you'll see in future posts. 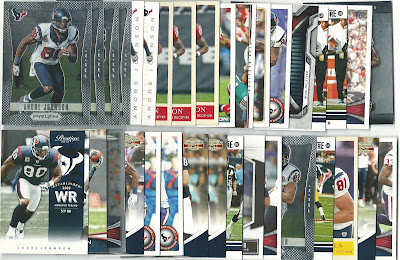 More than half of this pile are Andre Johnson cards, which will be added to my stars/HOFers box. I only had a handful of Texans stars before these arrived. A number of bloggers are celebrating milestone posts this month; these two Watt cards were part of my special 99th post celebration extravaganza. 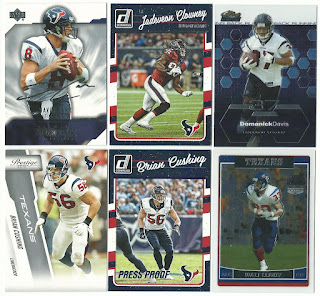 David Carr didn't have nearly as much success as his younger brother Derek. Hopefully we'll get to see Clowney and Watt healthy and dominating at the same time. Jersey guy Brian Cushing was busted for PED use a few years ago; I read a comment from someone in the area who was not at all surprised. 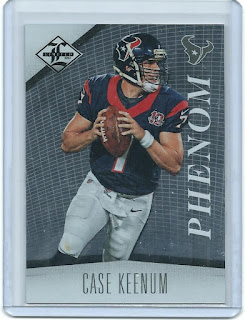 The best Texans card in my collection is this Case Keenum Limited RC I picked up on COMC during the 2017 season. When I grumbled that a third-string quarterback was leading the Vikings to an NFC North title my brother-in-law called him "Just In Case" Keenum. He also came up with such gems as "there's no Bowls with (Nick) Foles."


Obviously the Texans are not Houston's first football franchise...

The Oilers called Houston home until 1997, when Bud Adams moved the team to Tennesee. 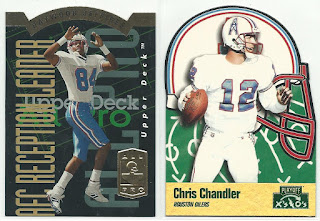 The two Avco Cups won by the Aeros were not Houston's first pro sports championships. George Blanda led the Oilers to victory in the first two AFL championships, in 1960 and 1961.

I don't have any Blanda cards, but I do have some other Houston Hall of Famers: 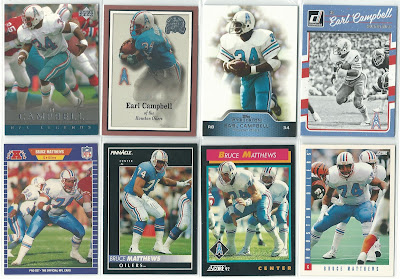 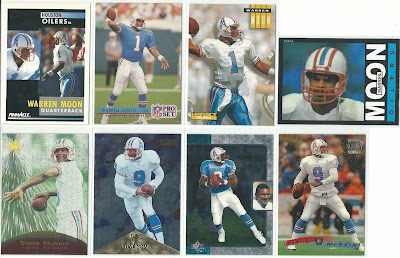 1985 Topps is one of my least favorite sets of all time; it also happens to be the first card set I ever saw. The rookie reprint is a slight improvement over the original.

Has Upper Deck always been lazy with photo selection? At least the team checklist cards were fun.

The Oilers and Astros played their home games in the historic Astrodome (how come it wasn't called the Oilerdome, huh?) which also hosted landmark sporting events such as the "Game of the Century" and "Battle of the Sexes". That was a good movie, btw.

Houston's baseball team has had its share of legendary players, including a pair of flamethrowing Texans. 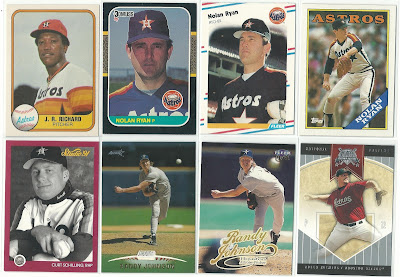 Curt Schilling was far from a superstar in Houston. These guys, on the other hand.. 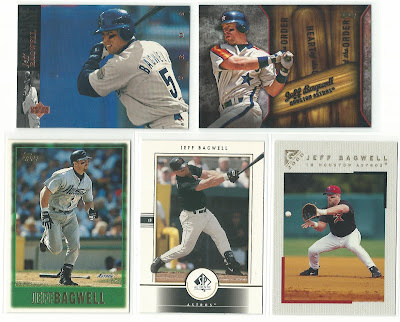 Jeff Bagwell was born in Boston, went to school in Connecticut, and was drafted by the Red Sox. I should be a bigger fan of Bagwell based on his roots, but he's one of a small group of HOFers I'm skeptical about. Whether or not he put growth hormones into his body, he definitely put them in his beard. 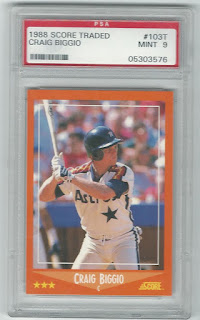 I have 18 Bagwell cards but only 7 cards of Craig Biggio. However, two of them are rookie cards.

One reason why I didn't bother buying a Bagwell RC is because they're so overproduced. I'm sure I'll pick up the Stadium Club RC one day.

World Series hero George Springer also has ties to Connecticut. The New Britain native and UConn alum was a beast in last year's playoffs. Even though I was disappointed the Astros sent my Sox home packing, I had to smile at the sight of Springer's first grade teacher bringing him cookies at Fenway Park. 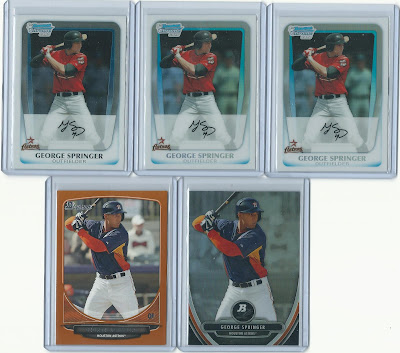 I sent the two Chrome refractors to COMC hoping to sell them at peak value. But when they slapped some condition notes on the cards (for surface scratches) I brought them back home to keep. 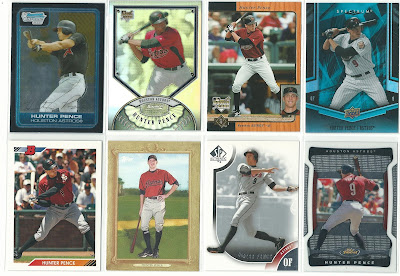 At one point I had a bit of a Hunter Pence PC. I really wanted his Donruss Elite XRC but never coughed up the cash for it.


Before we go, let's take one more look at those bright orange Astros jerseys. 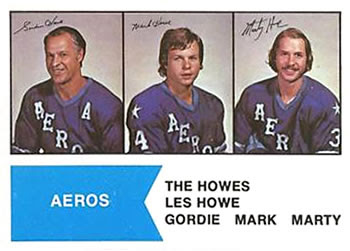