Hall of Famers and recent trades

Before I get caught up on my recent TCDB trades I have to ask... 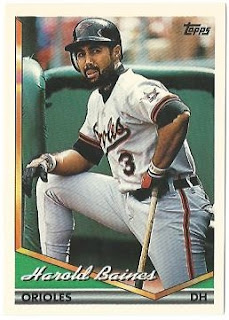 Does the sentence "Hall of Famer Harold Baines" sound strange to anyone else?

I'm not a cynic or a small-Hall guy. It doesn't bother me that 400-odd writers who never played an inning get to decide who gets a plaque and who doesn't. I have no problem with a Veteran's Committee consisting of a mere 12-16 Hall of Famers selecting players the BBWAA somehow overlooked. I don't believe that a Hall of Fame without admitted or strongly suspected cheaters (or gamblers) is invalid and not worth my time. It's a privilege, not a right.

I didn't have a problem with Jim Rice or Jack Morris or Bill Mazeroski getting elected. I wouldn't have a problem with Fred McGriff, Scott Rolen, or Larry Walker getting elected. I've given enough thought to who should and shouldn't be enshrined that there are probably 40 players not in Cooperstown that would sound reasonable to me. But I have never for a second considered Harold Baines to be an all-time great player.

I have nothing against him, mind you. It's just the first time in my life that I have been this puzzled by a player getting in. I guess we'll have two closers and two designated hitters in the Class of 2019. 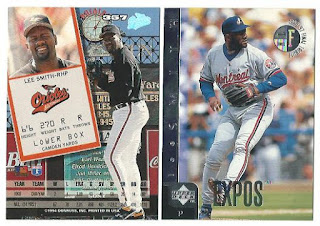 Congrats to Harold Baines and Lee Smith. Specialists and 1994 Orioles for the win.


Now let's get to some trade recaps, starting with fellow bloggers. I was going to call this post "Making more deals than the Mariners" had this package arrived on schedule. 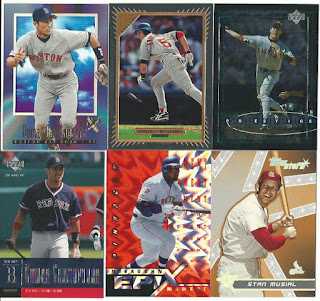 Jared (Cards My Mom Didn't Throw Out) sent me a nice batch of cards in exchange for some of my best Diamondbacks. He shipped these November 29 and for some reason the post office passed the package around for a dozen days, finally tossing it on my porch today. 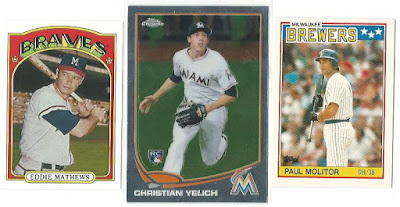 A little Milwaukee flavor here. This Christian Yelich RC was the centerpiece of the deal, at least on my side. Two other cards were part of this deal but I didn't scan them because they were intended for my Secret Santa recipient. However, due to the postal delay I could not wait any longer to ship the gift and so I'll hold the two cards for a future PWE.

I also received some Red Sox from Ray (rl16 on TCDB) who posted some trade bait on his blog All Cardinals, All The Time. His Cardinals collection is incredible, but I was able to find a few cards he needed. 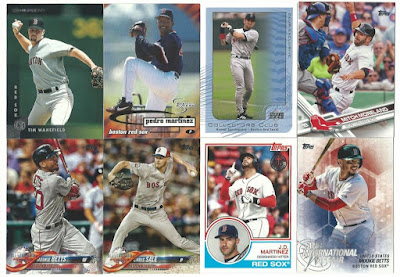 And I picked a pair of Padres for my stars/HOFers box (still can't believe I have to put Harold Baines cards in there..) 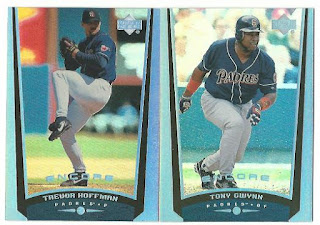 The trades I made with TCDB users who don't have a blog were football-related, since that's the sport I'm currently cataloging: 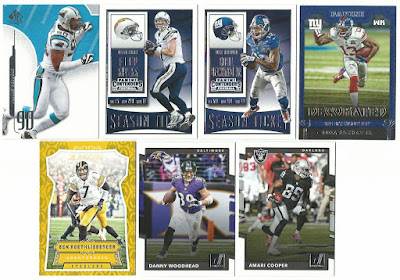 These were from user (and possible Fall Out Boy fan?) clytngrffn. I just realized that I have the entire base set of 2015 Contenders in my closet so the Rivers and Beckham are dupes. D'oh. 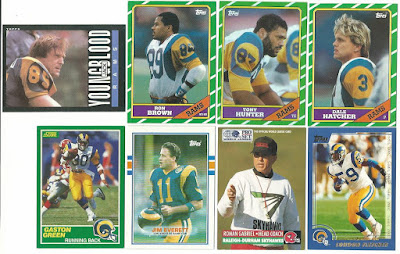 Some Rams from a Rams collector with the TCDB handle 860502. Thanks to this trade, I'm just two cards short of the 1986 Topps team set.

Thanks for the trades guys! I probably should have broken these up into separate posts but I've got to set aside some reading time. 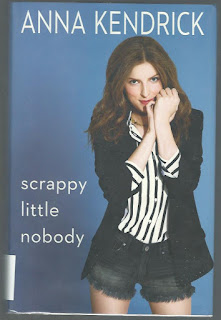 p.s. My Secret Santa gift arrived today. That will get its own post later this week.