Most player collectors have a "white whale" card that is said to exist but is rarely (if ever) seen and seemingly impossible to catch. Matt (Sport Card Collectors) recently added a long-coveted Rodney Hampton card to his collection, with a huge assist from Wes.

I've got a few cards missing from my Peter Worrell PC, which I'm going to dive into immediately after I complete the Packers project. But one hockey card I can't seem to capture is a base card ...of a Hall of Famer. 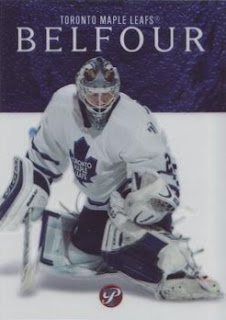 I will never finish the full 190-card set (I have two of the 30 "tier three" rookies) but there is no reason why I should not have finished the 100-card veteran base set years ago.

The stories of how Eddie the Eagle managed to elude me aren't that interesting. One seller on the Beckett marketplace had a copy, but it was listed with an odd notation that scared me off.

I did see a copy on COMC once, along with another card I needed. The asking price seemed high and I passed. Someone else bought both cards and the Belfour never resurfaced.

The other card, Felix Potvin, popped up on eBay a few months later. I bought it for $5. I'd gladly pay that for Belfour now. 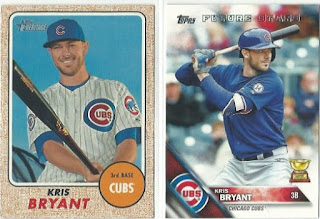 My set building checklist was 3-4 pages long. Now it can fit on a single page - although I'm cheating because some of my new set building projects are only listed on TCDB.


I shipped out some trade packages and Night Owl's mix CD but I have some more mailers to mail out soon. If anyone wants to swap cards with me hit me up on TCDB (hockeydude)

Here's a song Greg requested for his CD. I had never heard it before and now it's stuck in my head and I love it.

Also, I've added a Women on Cards galley to the tabs at the top of my blog. Check it out!

Have a great weekend everyone!