I remember opening a pack of Bowman baseball cards in a parking lot and freezing time when I read the back of one. Whoa - this guy was born in the 1970s! And then it occurred to me - Someday I'm going to have a card of a player who was born this year!

Six active major league baseball players are older than I am. Eight NFL players are listed as active - though half of them are kickers and rosters won't be finalized for another three weeks.

And now that I feel sufficiently old, here are some items from a box my mom recovered last time I was in Connecticut: 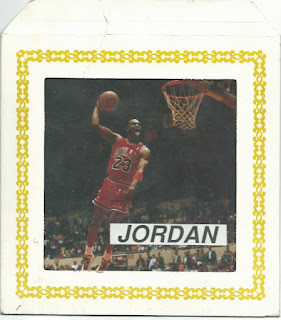 This was a birthday gift from someone named Jacob. I honestly do not remember ever knowing anyone named Jacob. (And apparently he didn't know me too well, wither. He wrote my name as "Cris") 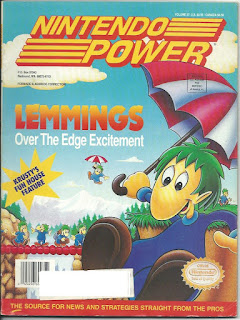 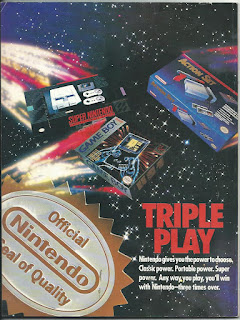 I had a Nintendo Power subscription for about three years. This is the only issue I found in the box. Not sure why it was saved; I never played Lemmings. There's a Zelda comic inside though. 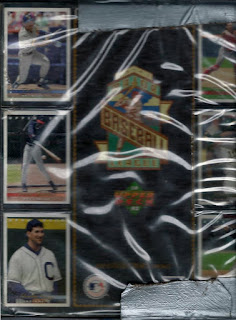 My mom saved my Upper Deck binder! Unfortunately it's a wreck. I wrote all over most of the tabs, but one or two were left unmarked: 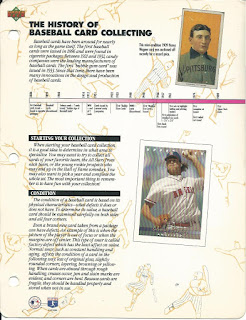 Inside the binder I found about a dozen pages of homework - and some notes of far greater significance: 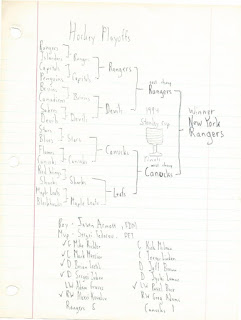 I had a habit of predicting winners based on how well the teams' starters matched up. Vancouver was really overmatched on paper; it's a near-miracle they pushed the Blueshirts to seven games. 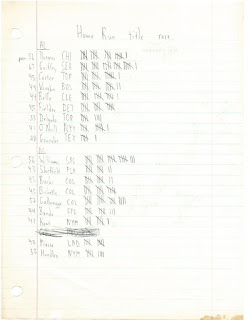 Going back in time a bit, here are a couple pamphlets from my visit to the Basketball Hall of Fame: 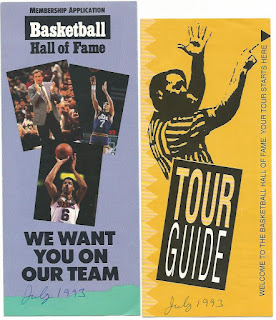 Thanks for writing on them, Mom. No, really. If she hadn't done that I would have trouble remembering exactly when we went. (Still can't find any pictures from Springfield, though.) 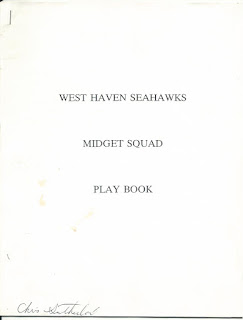 Mom also wrote my name on my Pop Warner playbook. (I also found a playbook my friends and I made up..for touch football or something?) 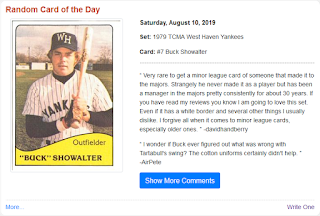 Now back to the box...thirty years ago this summer I completed a computer programming course. 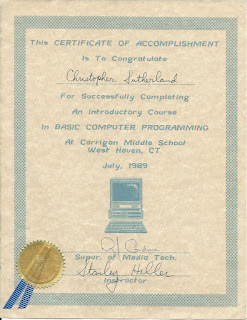 If I'd stuck with it, who knows - maybe I could be working for Google right now. (I was really interested in computers at the time, but my mom couldn't afford one. And so that interest withered and died..) I'd show you what I was working on that summer, but uh...yeah. 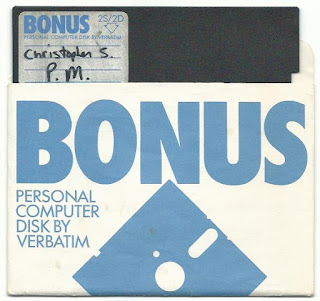 Unable to spend my time coding as a kid, I became so obsessed with baseball that I chose baseball-related subjects for school reports whenever possible. 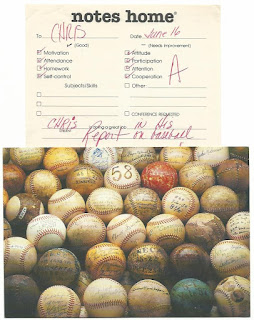 I used a birthday card from 25+ years ago to cover up some personal info. There was a book report on baseball in the Upper Deck binder..but it's not the one this teacher was referring to: 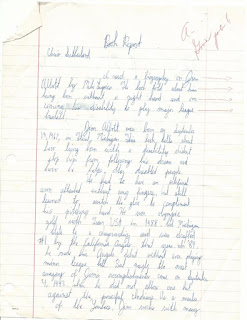 I got an A- on my Jim Abbott report because (and this only makes sense to me as a more experienced "writer") I stated that Jim is not only a great pitcher but a great person.

This might be the report in question. It's unmarked but it's 4 pages long (and I promise it's the last loose leaf scan you'll see in this post) 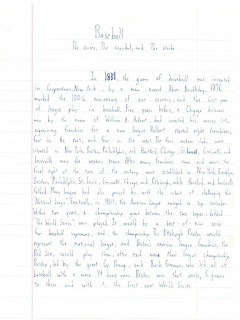 This report was found inside what I believe to be the first baseball book I ever owned. If my mom had not saved it I would have completely forgotten the name of it. 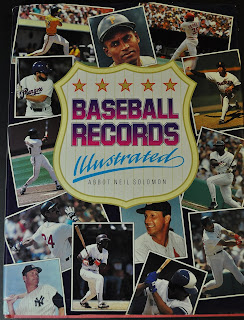 I had to steal this from the internet because the front cover of mine is long gone. See the sliver of red peeking out from the bottom? I can't even scan that cover because my eight year-old self wrote all over it (apparently I was really excited about Nolan Ryan's 5000th strikeout.)

A fair amount of the pages have been scribbled on and edited as well. Kind of like when kids from the '60s and '70s "updated" a player's team to reflect a recent trade. Well, I made some updates to the record book. I won't show you that mess, though. 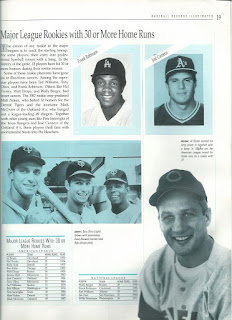 Here's a clean page - with a photo of Frank Robinson as a Dodger. (Now we need a page for rookies with 50 or more home runs. good lord.) 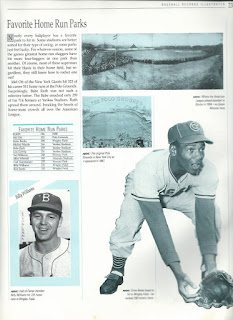 Anybody know who this Brooklyn Dodger is? Because it's definitely not Billy Williams. 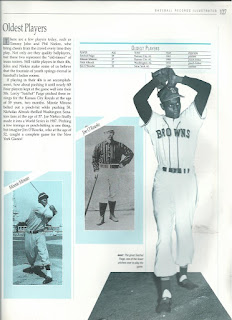 Hey, I'm not so old after all. There's still plenty of time for me to become a major league ballplayer!


Robert Smith wrote this song on his 39th birthday. I wrote this blog post.*


And now I must return to TCDB, where there are trade offers waiting for me because I'm turning off trading for the rest of the summer. For real this time.


*actually I wrote this a day before my birthday since I will have to work tomorrow.

Thanks for taking a few minutes to flip through my time capsule!