The Collector is starting yet another series of posts that fit a single theme. Over the next twelve days I will share some thoughts on my favorite toys, games, and memorabilia - with an emphasis on Christmas presents of the past. I'm starting today (13 days out from Christmas) since I plan to post about this year's gifts on Christmas Day.

Today's post is about two of my all-time favorite PC games - Old Time Baseball and SimCity 3000. 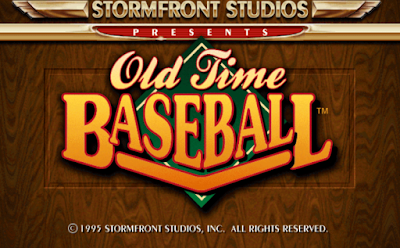 Both games were Christmas gifts from my Aunt Cynthia, who lived on the other side of our two-family house until she passed away four years ago. Because she lived next door, Aunt C always stopped by in the morning, handed me a gift, and then had coffee with my mother in the kitchen.

The three of us went to Cooperstown for my 11th birthday in 1991 and she saw firsthand how much I loved the history of baseball. Old Time Baseball was the perfect gift for me - though I didn't have a PC to play it on until 1997. That meant I had to play it at Aunt Cynthia's office computer. (I also played it at my sister's house once in a while.)


This game had features I'd never seen on any sports game - PC or console. I sat at her desk for hours playing with the 'Time Machine' feature: 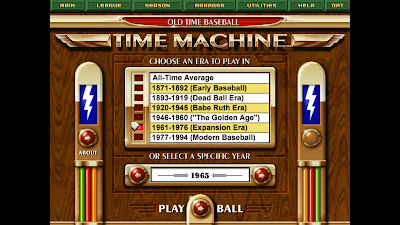 In Old Time Baseball you could pick any major league team from 1871-1994 and play against any other team from any other year - in any era. You could have Ty Cobb and the 1909 Tigers battle Jackie Robinson and the 1955 Brooklyn Dodgers. Or - and this is the best part - you could have them play on the same team in a fantasy draft! 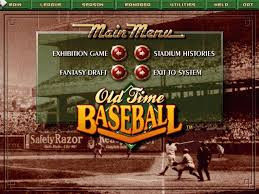 The fantasy draft feature allowed you to draft from a pool of every single player from 1871-1994 - including Negro League players! I learned a lot about Hilton Smith in particular because he was a steal in the middle rounds. 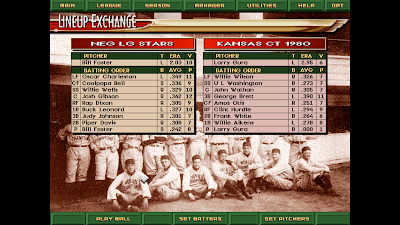 The gameplay itself was secondary. It's an MS-DOS game from 1995, so the graphics look primitive by today's standards. The ballparks look small, but the backgrounds were fairly detailed. In fact, my most memorable moment of Old Time Baseball was when I had Babe Ruth on my team and he smacked a home run to deep center at Old Yankee Stadium. When I watched the replay I discovered that the ball had disappeared into the flag!

The play-by-play sounds mechanical, and it's often well behind the action. Still, it's a nice bonus to hear the voice of Mel Allen or Curt Gowdy. I found a full game on YouTube and I recommend watching at least the first 2-3 minutes of it to get a feel for the game.


I ran the entire 50-minute video last night while doing COMC challenges. It brought back great memories and made me wish I could play it one more time - or at least draft another all-era fantasy team.

Another favorite gift from my favorite aunt was Sim City 3000 (Unlimited).


Since I didn't have a PC until 1997 the only Sim City game I had ever played was the Super Nintendo edition. I can't say I didn't have fun playing it, but it was sooo basic! 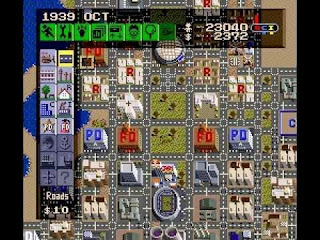 The only way (that we knew of) to pass enough time for a city to grow was to leave the game on all night. But! If we did that, there would inevitably be a small fire or tornado in some corner of the city that would go unchecked because we were sleeping and we'd wake up to burned-out squares of "R", "C", and "I" with few (if any) remaining Sim citizens. 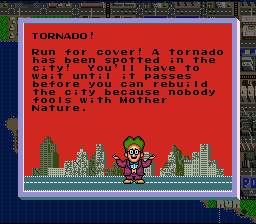 When my aunt gave me Sim City 3000 Unlimited for Christmas I was thrilled. This version was everything I had hoped for in the franchise. I popped it in my disc drive and began building my first city immediately. 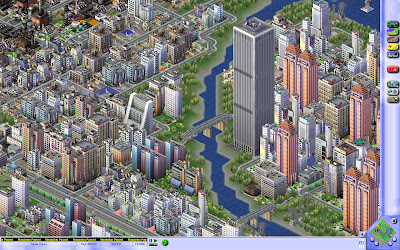 The selection of buildings, landmarks, and utilities far exceeded the previous versions. And I spent hours using the terrain generator to adjust the coastline and elevation. 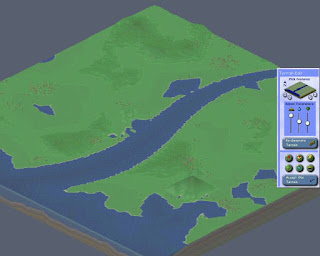 The ticker along the bottom always had fun bits of information - some were relevant, some were random - and I enjoyed connecting my city to (computer-generated) neighboring cities.

I also enjoyed the music. Something about that jazzy soundtrack has stayed with me for 20 years. I've bookmarked a couple tracks and they always bring back great memories of building cities and spending time with my aunt.

I'm still hopeful that I'll be able to play this game again, if I can figure out how to make it compatible with the current Windows OS.

Do you have a favorite PC game?