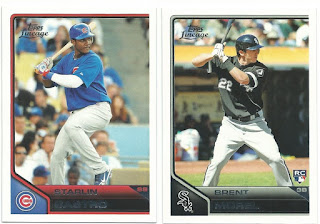 Two more for the 2011 Topps Lineage set build. I'm down to 15 needs for this set. My last TCDB trade had set fillers from both Chicago teams, too. How about that. 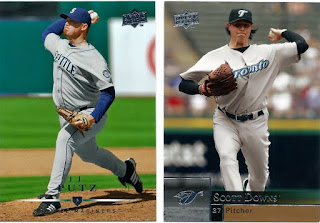 Two more relievers for my All-Time Teams project. My last TCDB trade had two All-Time needs, too. I'm down to 50 needs for this set - though I need to update the wantlist with Red Sox and Barnstormers. More All-Time Team cards are on the way from COMC, and I just ordered something on Friday that will add some pre-war players to the project. We'll see which box arrives first. 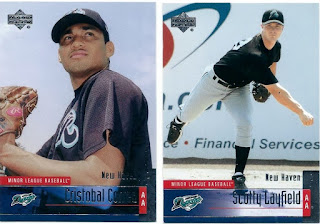 Two New Haven Ravens for my Connecticut Collection. This is from the one year when the St. Louis Cardinals were the parent club. I have a Layfield Cardinals card even though he never pitched above triple-A. Correa's time in AA New Haven was his highest level. 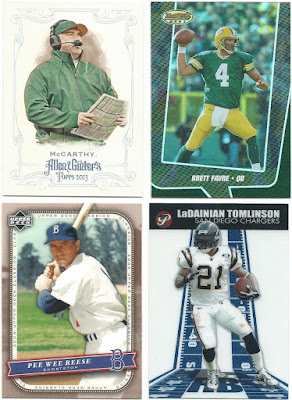 These cards are pairs, too. At first glance the top pair appears obvious - McCarthy and Favre are Packers cards. Reese and Tomlinson are Hall of Famers on teams that moved to L.A. That's it, right?

Sure, that works. But actually the left side duo are baseball cards while the guys on the right are football cards.

That's right - the McCarthy is a baseball card. 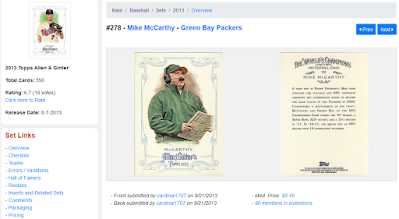 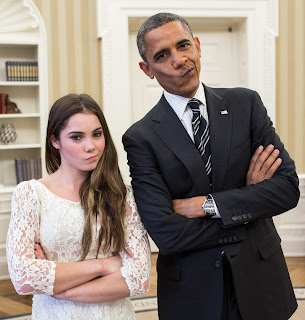 2013 A & G also includes cards of the Bundys - Dylan and Al. This one is going on my wantlist: 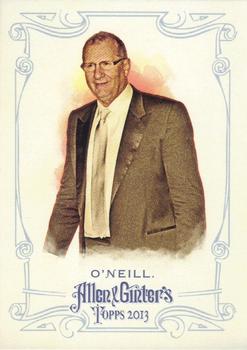 This year's A & G checklist has a lot of names I don't recognize. Maybe that's a sign I'm getting old. I'm familiar with R. L. Stine and Ken Jeong and Ryan Nyquist. And this gentleman, of course: 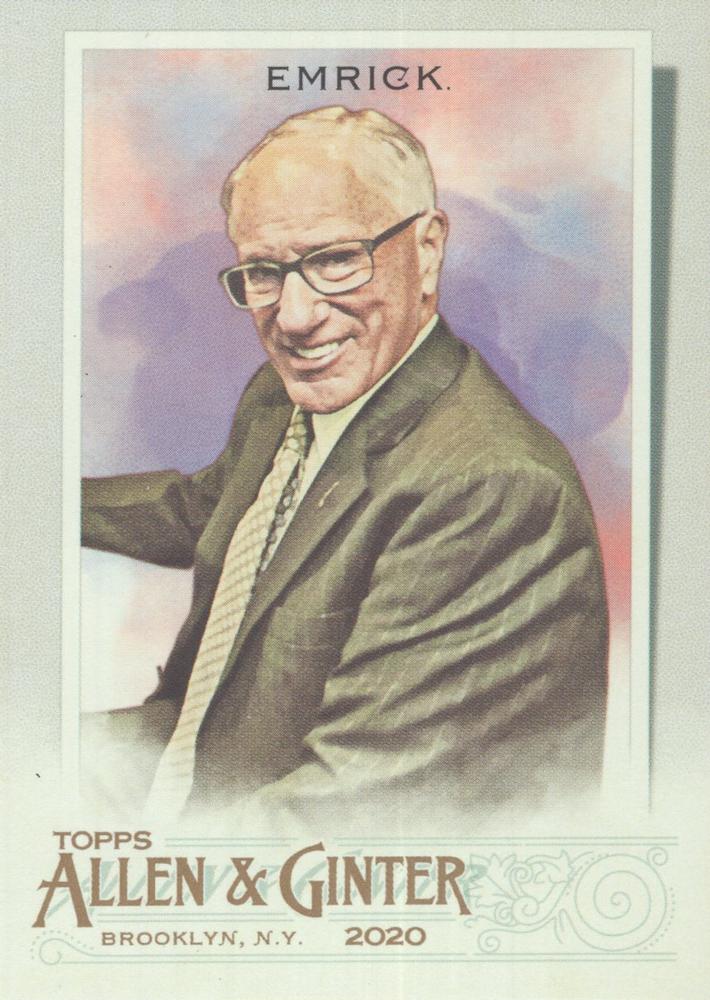 Send me all your Doc Emrick cards plz. kthx.

There seem to be more comedian/entertainer/reality show personalities in this year's set. Anyone familiar with this lovely lady? 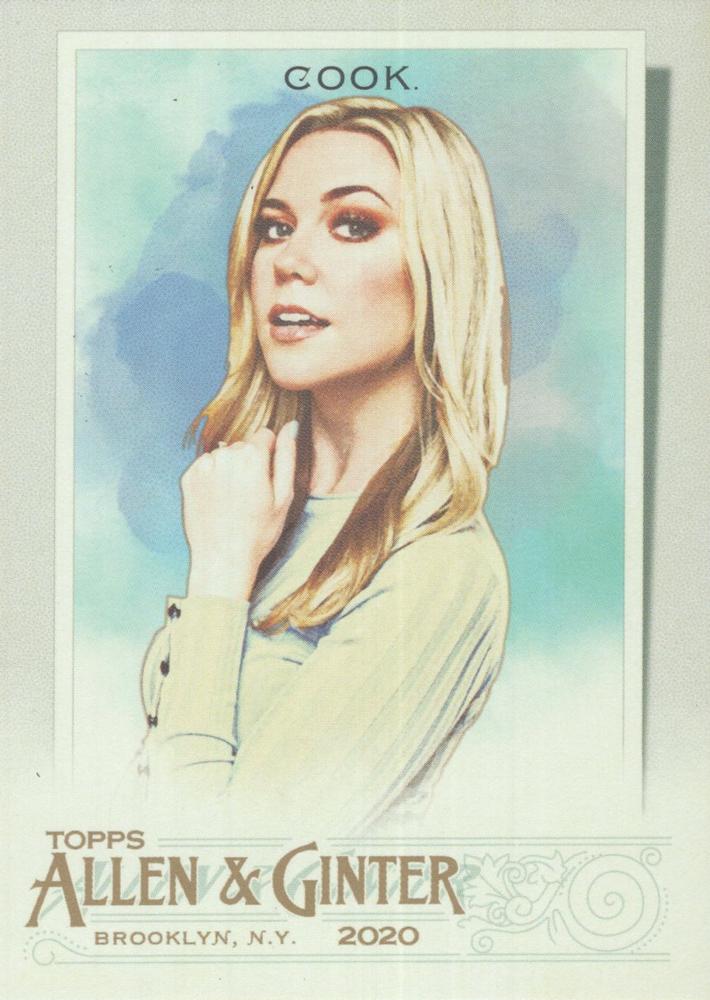 This is Kelsey Cook, who is listed on the back as a comedian and - I kid you not - professional foosball player. Well guys, it looks like I gotta add foosball to my sports card collection. Can anybody help me out?