Two months ago friend of the blog Ken jumped into my NFL week swap meet, sending a box of over 400 football cards that pushed me past 10,000 total.

In my last post I stated a new goal to complete each Topps flagship baseball set from the 2010s and he chipped in again - this time sending two boxes of 2013 baseball cards that pushed me over 30,000 total for that sport! 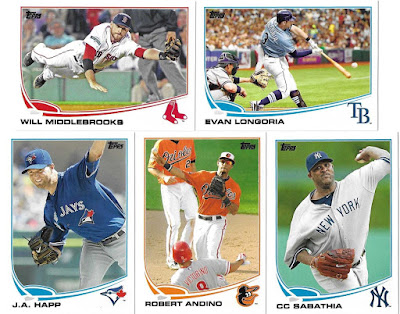 Not quite but Ken doubled my total, which is awesome. But wait! There's more! 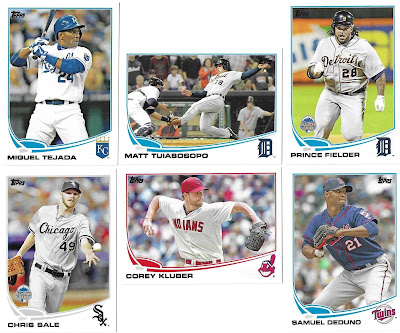 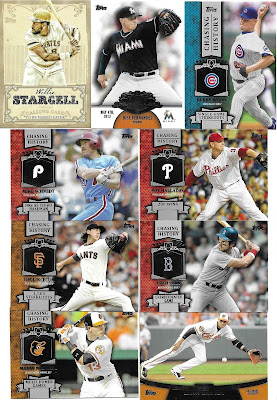 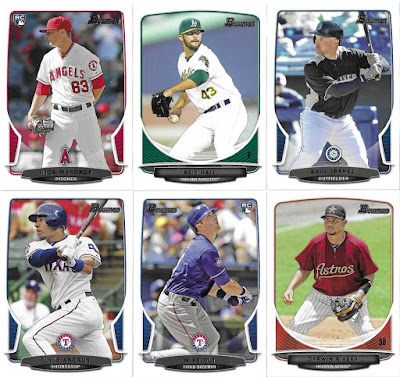 The second box contained 2013 Bowman cards - another nice surprise. Ken, thanks again for all the great cards!

Two packages arrived in today's mail - a stuffed bubble mailer from Brian (which I will get to later in the week) and a small trade from TCDB user clay. I offered up sixteen Steelers cards and got these in return: 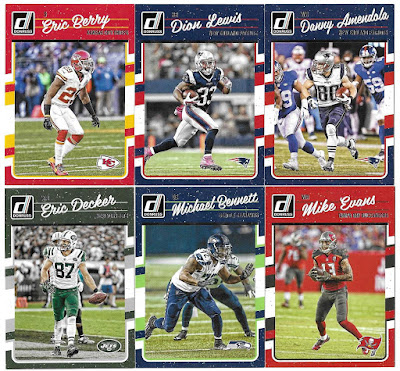 Six cards from '16 Donruss football. I'm down to just 36 needs for this 400-card set but only five away from completing the non-rookie chunk of the set (the first 300 cards).

Some Stillers from the Stillers fan. I now have 93 of the 300 cards from 2015 Panini Prizm, with one more on the way in a separate TCDB trade. Speaking of Yinzers, do any of you watch U-Tree on YouTube? 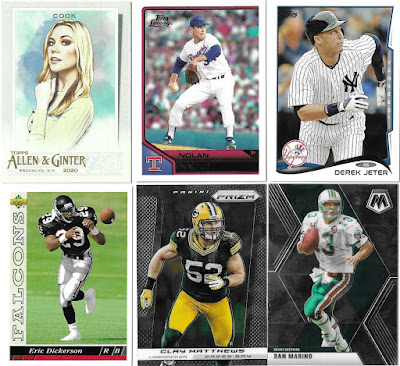 Lots of good stuff here including Kelsey Cook, the last of the three A & G cards on my wantlist. Nolan Ryan completes my 2011 Topps Lineage set build! Jeter was a big name I needed for 2014 Topps. This Eric Dickerson sunset card could be used for a future post on The 1993 (not that anyone would notice)  The 2013 Prizm Clay - from clay - leaves me just two rookies short of completing the Packers team set. Finally a Marino Mosaic to go with the fat pack I bought earlier this winter. And while we're at it.. 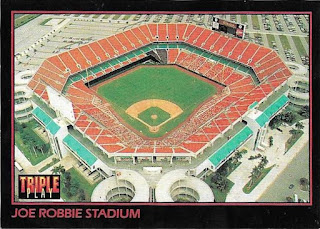 This misnumbered stadium card from 1993 Triple Play completes my Marlins All-Time Team. I've been working hard at completing this frankenset and there are lots of new additions on the way from baseballcardstore (which has shipped) and Beckett (which hasn't - and the seller's feedback has me worried.)  The All-Time Teams wantlist has been updated and you may have noticed a new name or two. I've found some "missing" players and I made some roster moves. Perhaps I'll discuss them if anyone is interested.