A to Z Music Challenge

My sports cards have been organized enough that all I need to do is put away new purchases, and so last night I moved on to my CD collection. 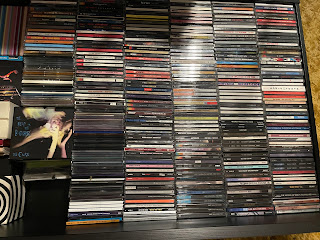 As you can see, my CDs are all stored in a drawer. This drawer, which has one busted wheel, slides underneath my bed and gets quite dusty. After removing all the CDs to clean and organize them I noticed that I have a favorite band or artist for nearly every letter in the alphabet.

Once upon a time I participated in a blogging challenge that took place in April. We'd all pick an overarching theme and a daily topic that matched each letter. It was fun. Unfortunately the people who ran it showed their whole ass and I didn't want to be associated with them anymore. Still like the concept though.

So here's an idea if you have some time or you're out of blog topics: make a list of your favorite musicians from A to Z or do a Sporcle-style speed round and just type out the first ones that come to mind as quickly as you can.  Here's my list of favorite musical acts by the letter:

This video gives me all the feels. I used the song in a story I wrote. Never finished that thing. Maybe someday.

A surprisingly tough letter for me. Sixteen Stone is the only CD in my collection from a 'B' band. Is there a "Best of Bush" greatest hits CD? [edit: There is .. but its frigging expensive!]

One of my all-time faves. I hadn't listened to them in years and then earlier this week I popped in Disintegration because it was raining (again.) Love it. A more current 'C' band I'm listening to is Chvrches. Thanks for pointing me in their direction, Shane!

Good news: Dave Gahan, Martin Gore & co. were finally elected to the Rock & Roll Hall of Fame!
Bad news: They were elected last year, and the ceremony was virtual due to Covid. 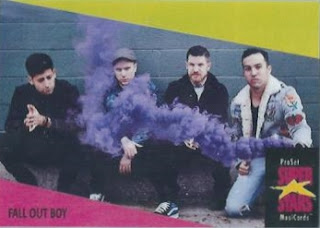 One of my top three favorite bands of the last dozen years.

I haven't listened to Hendrix in years, but H is not a strong letter for me.

I Don't Know How But They Found Me

I saw them open for Silversun Pickups in 2019. They're good enough to knock Incubus off the list.

The cover art for Unknown Pleasures might be even more popular than the band itself.

Kent
They're a Swedish band and one of my all time favorites, even though about 80% of their recordings were in Swedish. The Killers are another fave, and I listened to a ton of Keane in college.
Linkin Park

I actually don't have any of their CDs. I've been planning to get at least one, likely a Greatest Hits compilation.

My wife's favorite band, and one of my top five. If you haven't heard them yet, hear them live first. While I'm on 'M' bands, I should mention that the restoration company I work for did an inspection at the home of My Chemical Romance guitarist Frank Iero. I was very excited about this. Naturally I was the only one in the office who'd heard of him.

I mentioned them on The 1993. Obligatory Nirvana mention here, as they're the reason I got into alternative music.

Call it a tie between two '90s acts I liked a fair amount. Nowadays I listen to a little more Oasis. 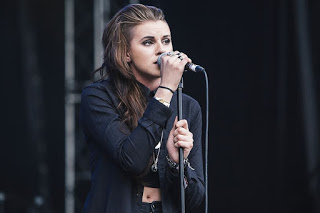 When I first heard "Fire" it reminded me of another female-fronted band, Paramore. I love Riot more than any single Pvris album, but Hayley Williams & co. lost me a couple albums ago. Use Me isn't my cup of tea in general but Lynn Gunn hasn't lost me yet. (Also, their cover of "Chandelier" lays waste to the original.)
Queen

I challenge you to find a better artist for the letter 'Q'. Really feeling this track lately.

Number bands are left out of this exercise (sorry, 311) but since Jared Leto & co. spell out the word Thirty I'll tuck them in to 'T'. [bands that start with the word The obviously do not count here.]

See Queen. I was just remarking to the Mrs. that I haven't listened to enough U2 lately. I'll fix that.

I wasn't the biggest Van Halen fan in the world but I do like their hits (and Balance brings back junior high memories) Here's a question for those of you who are fans: David Lee Roth or Sammy Hagar?

Another tie between two different but equally good alternative bands. I like more Weezer songs but I like White Stripes songs more, if that makes sense. Also I should mention that I'm kinda digging The Weeknd lately.
X

Ah, the dreaded X. I know XTC is a band that exists but I can't name any of their songs. And I can't count Lil' Nas X.

Another tough letter. This is really the only YYY song I like though I haven't dug too deep into their catalog. Yet.
Z

ZZ Top would be the obvious choice, or Frank Zappa. But I can't say I like them. Rob Zombie? His band had a song or two I liked okay, but those are listed under White Zombie. Rather than trying to come up with a 'Z' artist I like enough, how about Zooey Deschanel singing the national anthem at the 2012 World Series.
That's my list. What's yours?
Thanks for reading & listening!

Email ThisBlogThis!Share to TwitterShare to FacebookShare to Pinterest
Labels: A to Z, music