I just got a huge box of baseball and basketball cards from Bo which I will spread out over multiple posts here and at The 1993. First I want to catch up on some cards I received from a pair of Nachos Grande box breaks. 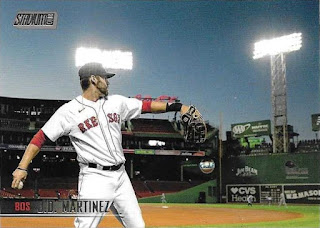 I was lucky to grab the Red Sox for his break of 2021 Stadium Club. They're usually claimed pretty quickly. 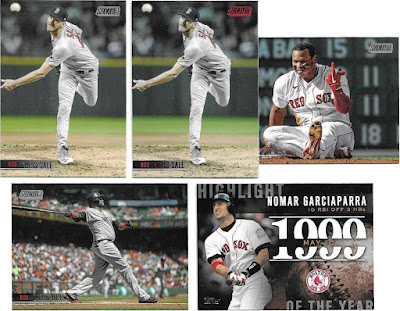 Pulled four base cards and a red parallel of Chris Sale. There are often bonus packs in a Nachos Grande break and 2015 Topps was included in this one. I have the complete set and duplicates of almost all of the Red Sox so I was fortunate that one of the two inserts in the pack was a Nomar I didn't have.


At the time of the break, the Red Sox were the best team in the American League and the Giants were the best team in the National League. [Huh, look at that - they still are.] I decided to pay a few more bucks for San Fran with an eye toward Buster Posey, Joey Bart's RC, or one of the Willies - Mays or McCovey. McCovey isn't in this year's set, and the Mays is nothing special. I didn't get it anyway. 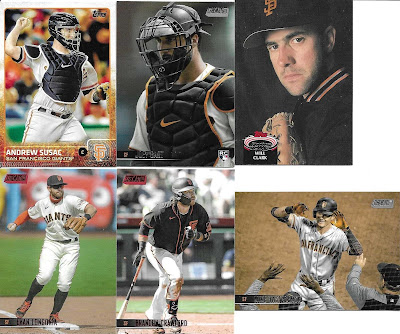 I didn't get Buster Posey, either. Got the Bart though, plus a Yaz, two parallels (say hi to Longo for me, Fuji :P ) and a Will Clark insert that I kinda liked - before I saw literally everyone else pull the same card.

I've watched enough box break videos to know that sometimes the biggest pulls go to low-profile teams that are either bought at the last minute or not at all. With that in mind, I took a shot at the Rays for $2. 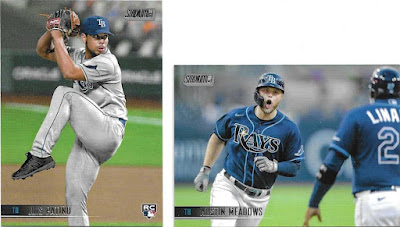 Swing and a miss. Luis Patino was a key piece of the Blake Snell trade. He hasn't been great, but he's still only 21. I basically paid $1 for a lottery ticket of a pitcher and $1 for an Austin Meadows base card. Oh well :/

Don't let this discourage you from buying up low-profile teams in a box break, however. Earlier this spring I bought into a Nachos Grande break of 2021 Topps Heritage and Opening Day.

I paid $4 for the Twins, and got a whole team set, plus a Kenta Maeda dupe: 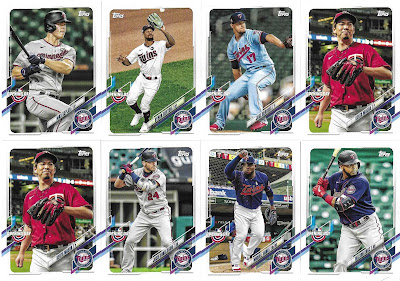 One of the four Blue parallels Chris pulled from the box was a Twin, as well as one of the Legends of Baseball: 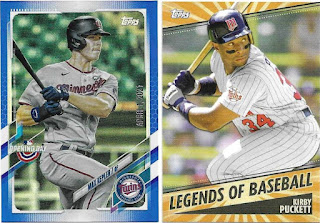 Not bad for $4. But that was actually a bonus box. The main attraction was a box of Topps Heritage. In addition to the ten Twins above I got these: 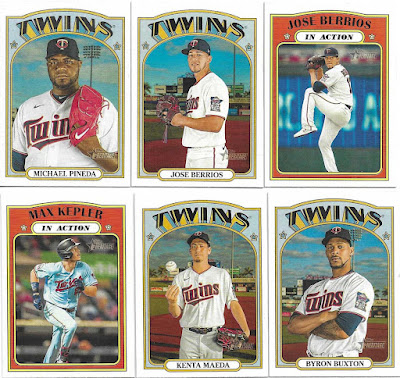 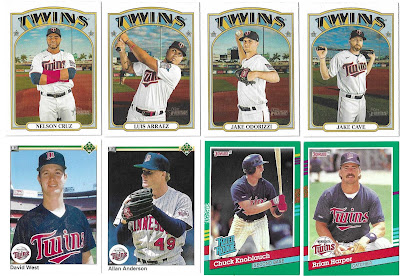 And a high number short print: 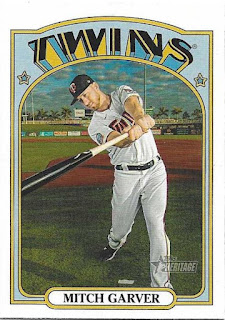 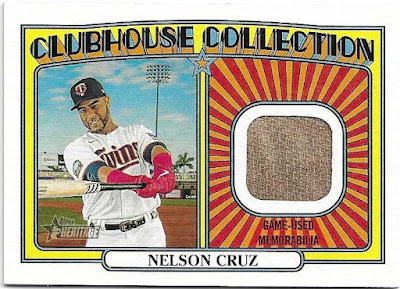 That was the hit of the box, IIRC. I know I laughed when Chris pulled it because there was a 1 in 30 chance that I'd be the lucky winner of the relic, and because it looked like a bat piece (or a band-aid) in the video. It definitely feels like a piece of cloth more than a jersey, but it's been quite a while since I pulled a jersey card out of a pack.

Either way, I certainly got my money's worth for the Twins lot - and spent less than $20 on everything in this post. It's a bummer that Brian (Highly Subjective) hasn't surfaced in a while cause I'd be happy to send some of these to a true fan of the team. But since he's not around to see this... 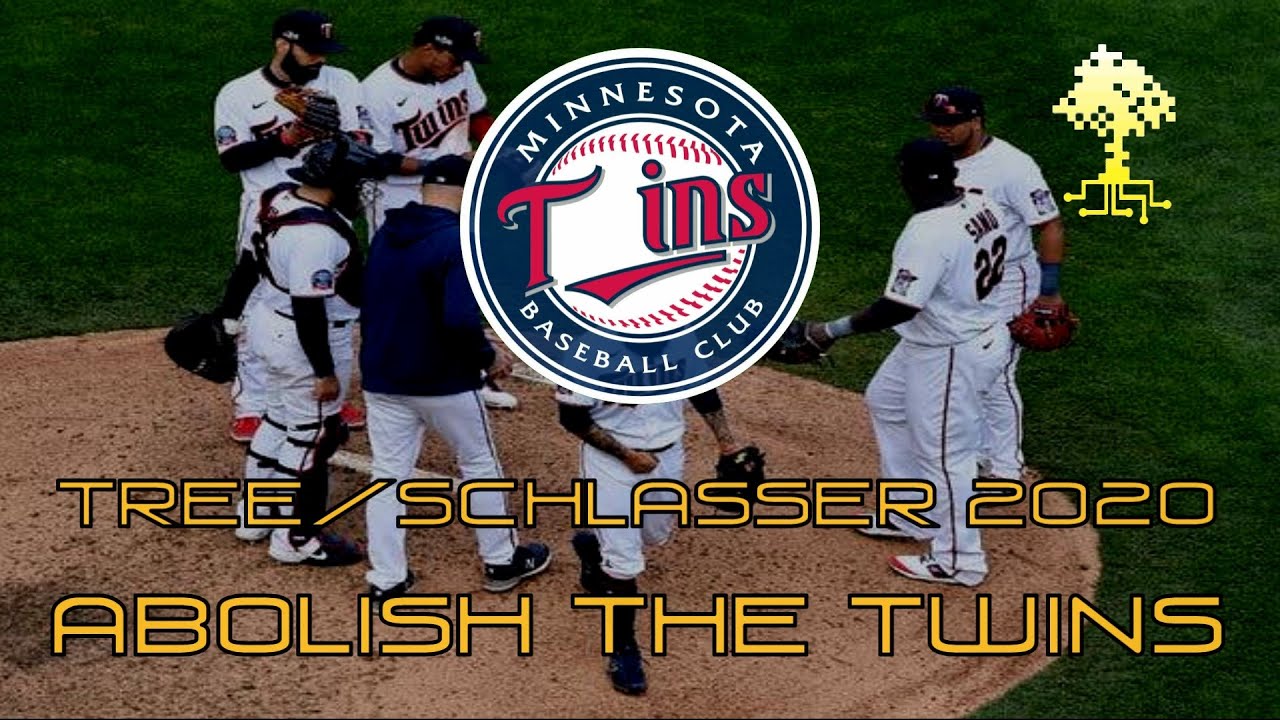 At least they won't lose another playoff series this year.