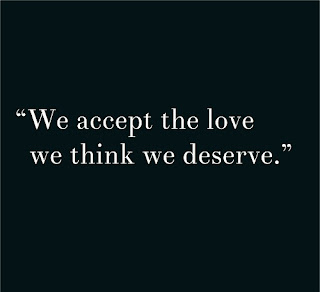 "Chris!" One or two people called to me, waving me over to a round table near the center of the bar.

I was relaxed and excited the second I saw Young Guy to my left. "There he is!" I shook his hand. "What's up, man?"

He told us all about his new job at a major insurance company. "Health benefits? Paid time off? 401k? What -- those are real?" He was happy, and the four of us were happy for him.

I turned to my right, where I naturally noticed Office Girl. I didn't want to waste any time getting answers. "Looks like you got out just in time." I told Young Guy, leaving OG an opening to tell her story. June chimed in with one of her own. She almost quit, too.

"What did you hear?" Office Girl asked me. I told her that G and Dok had a little meeting, Dok offered to hire some help for her, and that's when OG quit.

She shook her head. "That's not how it happened!" Then she told me that G had been rude and nasty to her for quite some time, even before I'd talked to her on the phone. Dok had asked her earlier in the week if she'd planned to quit. I wasn't the only one worried that G would chase her away for good.

I heard myself doing exactly what G expected us to do when she told us she wasn't coming. I was talking about her behind her back. "She does say good things about you though." I added.

After a few minutes of discussing office drama Office Girl had noticed she was neglecting Young Guy. She addressed him from across the table, apologizing and explaining that "Chris and I never get to talk." At one point she held her fists together against her chest in what I think was supposed to symbolize a heart.

My eyes drifted upward, to the TV screen above and behind Hebert. Stand by, sports. I might need you again tonight.

The crawl along the bottom of the screen informed me that Charlie McAvoy signed an eight-year extension with the Bruins, making him the highest paid player in franchise history. He's also the greatest athlete ever with my wife's maiden name. That... could have been a sign from the universe.

Drinks were ordered. I inquired about raspberry iced tea, but they only serve unsweetened. More water for me.

"No!" I replied. "It's not cool. It's completely uncool." I skipped explaining why I didn't drink and described all that I had missed out on - cool parties, cool people. June joined OG in assuring me that I hadn't missed out.

Shortly after the drinks arrived she and her office bestie talked. They have become very close, and June has offered to let OG and her daughter move in with her family in their five-bedroom house. June has four kids, though two of them are college-age. And she kicked her husband out a couple months ago.

That caught my interest. "You kicked him out?" I asked.

Her husband was bringing her down with his constant complaining and negative energy. He never wanted to do anything, or go anywhere. I hadn't pictured June as a particularly cheerful person, but she was a decent hang outside of the office. And the things she was saying about her (ex?) husband were hitting home hard.

June was my age. She had been with her spouse about as long as I've been with mine, and she adored OG. I do not need to hear this right now.

I hinted at having similar problems but couldn't go there - "If I had a few drinks in me I'd say some things." I said to June. She told me that I didn't need them, but I thought she meant that I was already loose and having a good time.

June may have been on to something. Office Girl and I were chatting like never before. We discussed all the times that I had worried she was going to quit or get fired. Once in a while I'd send her a message to "hang in there, we need you" but I told her I wasn't going to do that anymore. I wasn't going to talk her out of leaving.

OG told me how fun and relaxed the front office team is. June commented that I might seem quiet but I'm "absorbing" everything that's going on. "You should work up front, Chris." Someone suggested.

"If I worked up front I'd just be talking to her all day." Without looking I placed my hand on Office Girl's upper arm. I could have shaken it off and apologized but that would have made it more awkward. It was fine. It felt natural. She didn't react, and neither did I.


When I walked her to the diner in April I'd started to ask her about the father of her child. I wanted to know how their arrangement was going, and why they broke up. Six months later I was able to ask OG everything I wanted to know (except the guy's name.) They met in their early twenties and fell in love, but she moved on because her interests were changing and expanding. They grew apart, but she said he's a good dad and their relationship is cordial.

I asked her if this guy was her age, or older. It must have been loud at the bar because I thought she said he was a dozen years older when she said a couple. (Why would she have said "dozen" anyhow?)

"Oh, no no." She corrected me. "But I've had lots of boyfriends since then. Of all ages."

Sometime after 6:30 p.m. Office Girl started checking her phone. She was planning on going tanning and would have to leave the bar by 7 p.m. if she wanted to make it there before the salon closed. No one wanted her to leave early, least of all yours truly. She didn't want to go but she also didn't want to be pale.

I turned and looked directly at her flawless face and said what was on my mind without any hesitation. "You've got the perfect skin tone right now."

Office Girl scrolled through her phone and said she was going to show me what she looks like when she doesn't tan. Turning her phone to me, she showed me a picture of her pale face and her hair in bangs. She looked tiny, much thinner than I was used to. "How long ago was that?" I was expecting her to say three years ago.

"March.. maybe April." She replied. I'd remembered her bangs, and I'd had a vague sense that she was thinner at the start of the year. But her current look was so lively and alluring.

Which is why I got silently angry at June a short time later.

Both ladies were discussing what they did before working here. Each ran their own business - OG had an Etsy shop ("--I made it to the front page!") and June worked with plastic surgery patients. She'd done some work in the Dominican Republic, and it sounded like she helped educate women on what surgery might be right for them. It's entirely possible that these were necessary surgeries, not cosmetic.

I didn't hear it that way. As June described the details of how a certain surgery is done I fought the urge to interject. Don't give her any ideas. She's fucking perfect the way she is. Back off! 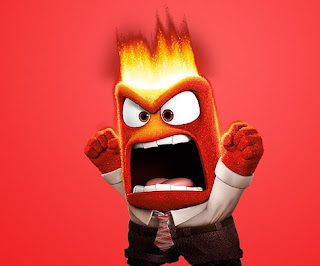 The five of us had finished our drinks and our dinner around 7:30. We had just paid our waitress when Hebert received word that Baldy was coming. We felt obligated to wait for him.

The Devils' season opener was on the TV by the men's room. Jersey's team led Chicago 1-0. Office Girl had decided to "stay and be pale."

"Booooo!" I replied. I have no idea why I did that, but it was obviously sarcastic.

When Baldy arrived he pulled up a chair in between me and Young Guy. He offered to buy every one a round, which convinced June to stay just a bit longer. At one point she led our girl to the ladies' room. I couldn't help but wonder if they might have talked about me. Was my friendliness close enough to flirting that June would have mentioned it? Or did it fly below her radar?

It's more likely that she was just trying to get away from her boss.

Around 8pm OG stepped outside. She was on the phone getting two of our crew members to join our table. I'd never even met one of them but they both fist-bumped me anyhow. June said she had to get home because her son needed her. Her chair wasn't vacated for long.

"Chris, come sit." Office Girl patted the chair next to her.

As I made my way to the other side of the table Baldy made a joke. "Do I smell that bad?"

Again, without any filter, I replied "I mean.. if you have a chance to sit next to [Office Girl] you take it."

Even with two extra guys around (including one who drank her drink because our waitress was done with our table and he couldn't get served.) OG still checked in with me. "So, what's up?" She asked. It was one more chance to tell or ask her anything. But all I said was "I'm probably gonna go soon."

I tried hard to hold out for one more conversation but I had to check in with Di and start heading home.

It was almost 9 p.m. June had returned. She wanted to have a drink with Office Girl at the bar, away from the guys. I didn't know when OG would be back, and I couldn't wait any longer. I texted her that I was leaving.

"Awh okay! We're at the bar stop by and say bye if you can" she replied.

I gave the guys a fist bump and headed for the bar. Chicago had tied the game 1-1.

Our girl offered to give me a ride home. As much as I would have loved the extra one-on-one time with her I didn't want to make her leave early just for me. I knew she wanted to stay and hang with June. "I'm staying." June chimed in.

With that, I said good-bye. I would have hugged OG but I didn't feel comfortable offering June a hug, so I just waved.

"Text me if you need me." Office Girl said. 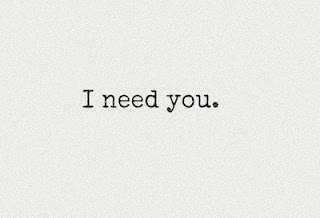 In the ten months I've known this woman I have never been so comfortable around her for so long. It's probably a good thing we didn't meet up at the park. Being outgoing and unfiltered could only lead to trouble.

When I returned home Di showed me highlights of the game-winning goal Jack Hughes scored:

The Red Sox were leading the Astros 3-1 in Game 1 of the ALCS. I was pleased, but sports scores were just not important to me at that moment.

I went upstairs to bed sometime around 10:15 p.m. and thought of Office Girl.

When did she leave? Did she get home okay? Did she talk about me?

What would it be like...to be with her?

I clutched my pillow and slept. Alone. As always.