When the Red Sox won the AL Wild Card game and moved on to face the 100-win Rays in the ALDS I was satisfied. If this is as far as we get, that's okay. This year's Sawx didn't feel like a world champion to me, and Tampa teams had owned the sports landscape since Blake Snell was yanked early in Game 6 of last year's World Series. (I'll never forget how Young Guy was still in disbelief about it the next morning - and he was a neutral fan.) 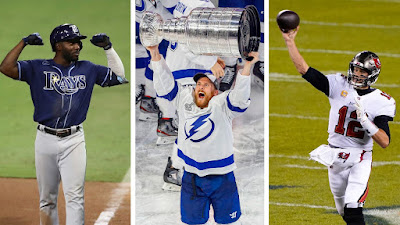 A lot changed in four days. Just after sunset on October 7th I was semi-sneaking out of the house to talk to Office Girl on the phone. Later that night the Sox were shut out in Game 1 of the Division Series. I was optimistic about the next day, expecting that OG and I could build on our conversation - and expecting Boston's bats to tee off on Rays rookie Shane Baz. 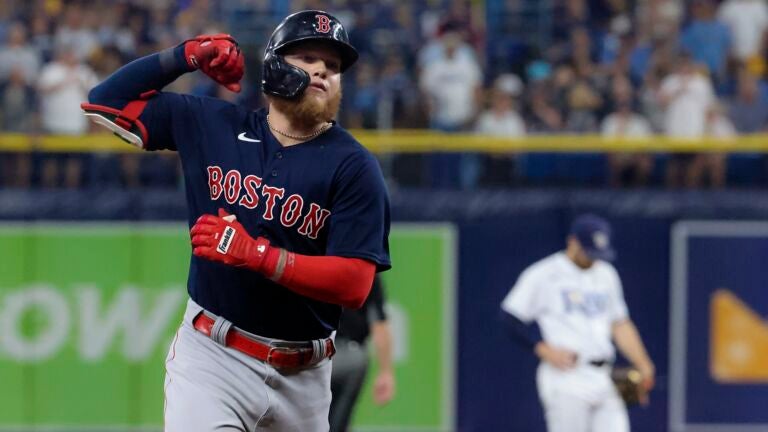 If I could only have one... I would have taken the other. But at least I knew. Every time I try to give Office Girl the benefit of the doubt I regret it. Instantly. I knew from the moment I first laid eyes on her, way back in December that girl is going to be trouble.

On Sunday 10/10, the Packers squeaked past the Bengals in an epic overtime battle and the Red Sox outlasted the Rays in a 13-inning thriller. They were one win away from advancing to the ALCS. Hockey season was just around the corner. Fall was hitting its sweet spot. The weather was still comfortable, but gradually cooling off just a bit. The sights and smells and sounds of the season were filling me with calm, cozy vibes.
I'd decided to be cordial with Office Girl - but I was only going to discuss work things from now on. No more personal conversations. No more looking out for her. No more phone calls or texts. Keep it professional. 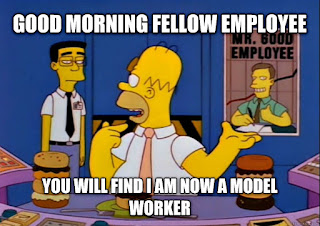 It was crucial for me to hold firm to this through October 15th. I did not want to acknowledge her upcoming vacation to Salem - before or after she left. 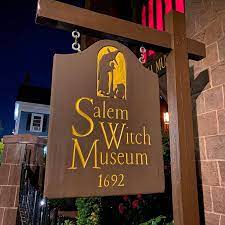 Our girl is into spirits and burning sage and all that mystical stuff. This was going to be her first vacation since her daughter was born, and she was very excited. I did not want to hear about it. I did not want to care. And I knew that if I didn't say anything to her throughout those five days, she would not share the details with me (or show me any pictures) when she returned.

I almost made it.

Monday through Wednesday was a breeze. I was starting to waver Thursday afternoon (I have such a weakness for that woman) but I somehow held myself back. And then... Friday the 15th arrived.

Two things were happening at virtually the same time that morning. June had enjoyed cocktail time at the Cantina so much that she'd wanted to organize another one. Hebert and Baldy were in. G couldn't make it on such short notice. I wasn't invited. Couldn't care less. 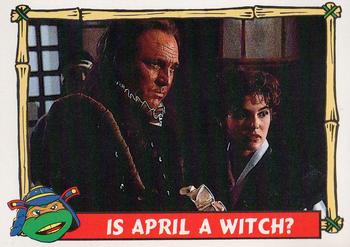 Dok approached G's desk. I could tell they didn't want me to hear what was being said because he spoke very softly and she held a legal pad over their faces. 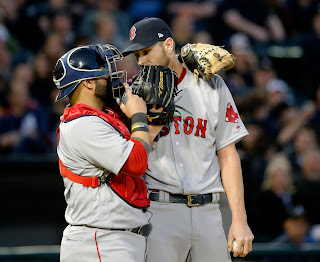 Then Dok gestured for her to continue their conversation in the conference room.

A few minutes later she uttered the words I'd been hoping to hear on and off for months. 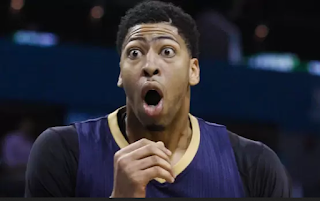 The first thing that came to mind was Bill Pullman's speech from that mid-'90s alien movie:

My manager's side of the story was thus: OG was clearly overwhelmed, she still had trouble finishing the work that was expected of her and never called G to tell her she needed help as she had been asked to do several times.

Dok offered to a) hire some help for her and b) set them up in the spare room so that OG isn't distracted by all the fellas up front. Her reaction to this news was allegedly to give her two week's notice - three, since she was going on vacation. 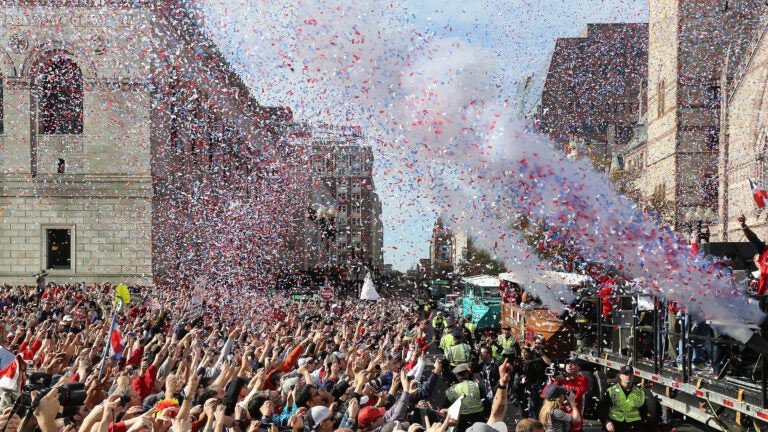 Our "friendship" had been defined by a seemingly endless cycle of pushing toward her and pulling back. Every time something positive occurred it was immediately followed by something negative or, at the very least, something that gave me pause. Whenever I'd go talk to her the phone would ring within seconds. I thought I was maybe going to the park with her and she ghosted me. I talked to her on the phone and straightened it out. She called out of work the next day.

The universe is always trying to keep me away from her. Almost from the beginning....


The only time I'd had a nice conversation with her away from the office was the day the plumbing was shut off and she really had to use the ladies' room. It was a Friday in April. Spring fever and all that.

She approached G about her issue and didn't know what to do. I had stopped into the diner down the street about an hour earlier. A light bulb went off, sending electric currents of self-confidence coursing through me. I offered to walk her to the diner so she could use their bathroom. She was unsure if she'd be "allowed" to leave the office.

"They shut off the water." I insisted. "They have to let you go." I was the one who told Dok I was taking her to the diner, and why. I was the one who returned his disapproving glance with a defiant stare on our way out the door.

My reward was a brief but lovely conversation with her on the way to and from the Michigan Deli. I stood inside the front door of the diner and waited for her. The lady at the counter (who might be the owner?) asked if I needed anything. "No, I'm just waiting for my friend." I'd so wanted to throw 'girl-' in front of that. Who would know?

On our walk back to the office I took a moment to admire her and realized that I hadn't felt this good with a girl since I was a teenager. I wanted to go back. Not to the office. Back in time.

"Thank you for walking with me." She smiled. Lol are you kidding? This has been the best day I've had in forever - and you're thanking me?!?

I spent that whole weekend thinking about her. She spent that weekend getting her septum pierced.

Here it was, six months later. I've listened to the universe, felt guilty about it whenever Office Girl would gently hint at why I avoid her, tried being friendly again, and fell on my face again. Rinse and repeat.

Naturally, the cycle started churning again. Curiosity got the best of me. Why did she really quit? I wondered.

Hebert got up to leave around 4:30 p.m. He invited me to the Cantina "See you over there? Same place, same time?"

I told him I'd "probably" go but I hadn't actually decided either way. I needed to know who else would be there. Whenever I leave for the day I often enter the front room cautiously, walking a slightly curved path past OG's desk and between K-Dub and JR's desks. I always see the back of our girl's chair a split second before I see the sheen of her long and perfectly straight hair.

My wide turn toward the punch clock was a lot tighter this time. "Hey, are you going to the bar tonight?" I asked her as I passed.

Getting there was a grind. Office Girl offered me a ride there but I declined. "He don't need you. He got his own ride." K-dub chimed in. 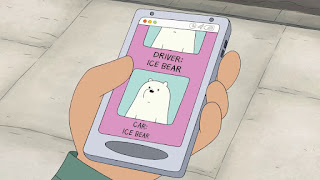 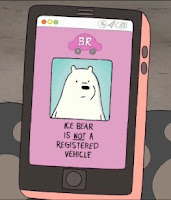 Di couldn't pick me up from work until 5:30 because there was an accident on the highway. Today of all days? Fuck! I hadn't even told her about cocktail time, I had just decided I was going. She initially resisted. "There's no way." But by this point I was determined.

I still needed to get home, shower, get changed, and get some money. We got stuck in more traffic on the way back. This is stupid. I thought.

"Hey are you coming?" OG texted me right before 6pm. I was standing at the entrance to the Cantina, waiting for the hostess. Four people were there before me. None of them were in line. I couldn't see where my co-workers were sitting, but I had no intention of bailing this time.

I had to go see about a girl.