The Red Sox were losing.

It was only the first inning, but the Yankees were already smacking around Nathan Eovaldi, who I had assumed was our best starter. I looked up at the TV directly above me. Could this night get any worse?

"What are they wearing?" My manager - yet another Yankee fan - asked me. 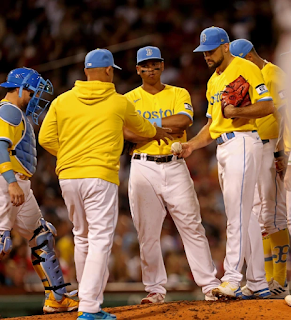 "Boston Marathon jerseys." I told her.

"They're awful." She replied.

So was that pitch to Aaron Judge. I muttered.

I had stopped watching baseball sometime in August. I hadn't been following the standings, but I knew the Sox had lost their grip on a playoff spot and that the Yankees had caught and passed them. This was a must-win game, starting off a must-win series. And Boston was not going to win.

Looking back, this was the least important detail of the night.

Young Guy had told G and I he was leaving. He took days off, came in late, kept saying he had "dentist appointments." But my manager and I knew what was going on. He was going on job interviews.

One day, while G was on the phone, Young Guy smiled and shook my hand. It took me a couple seconds to realize why. "You got it?" I beamed, taking care not to reveal what "it" was.

And so, after his last day of work at our company, everyone planned to meet up for cocktails at the Cantina. I did not want to go. If it were anyone else I would have slithered my way out of it. But this was Young Guy, my best friend in the office. I had to go. I had to say goodbye.


The River and Rail Cantina is in Cranford, one town over from me. I got there so much earlier than anyone else that I had time to consider bailing out and claiming that "I didn't see anyone there." Instead, I texted G. She was on her way. Young Guy was trying to find a parking spot.

I paced outside the Cantina, nervously waiting for a familiar face. The first one I saw was June, our newest estimator. She arrived earliest despite getting changed before arriving at the bar. Our oldest employee Hebert was next, then Young Guy. The four of us stood and waited for the rest of our party.

Small pieces of the anxiety I was feeling were starting to shed. I began to warm up to what lay ahead - until Young Guy pulled out his phone. He called Office Girl. Of course he would have her number.

G had arrived as we were being seated. A long wooden table with about 12 chairs was presented to us. My impulse was to choose the seat at the back corner - until I saw G, June, and Young Guy claim that area. I surveyed my options. There was a big screen TV facing the center seat, tuned to the NFL Network. This will do. I thought. I can hide in plain sight. Sports are always a comfort in a crowd.

"Hi, Chris!" Office Girl exclaimed as she pulled out a chair next to June and across from Young Guy.

"Hillo." I smiled, quickly returning my attention to news of Christian McCaffrey's latest injury. Oh good. You saw me. I thought to myself, in the voice of Carl from Aqua Teen Hunger Force.

That was the only word I said to her all night. It was just about the only thing I said to anyone.

I somehow endured two hours at the bar, broken up by prolonged trips to the men's room just to get away. I missed the waitress taking our orders. I ended up drinking water and whatever appetizers were passed around. Young Guy's manager Baldy had taken it upon himself to order several different apps for the table.

As time passed and I planned my getaway, I knew I had to say goodbye to Young Guy. He was surrounded by the only three women in the company - though Office Girl was the only one his age.

After the Yankees scored a couple runs and the person next to me got up to leave, I decided to make a break for it. I'd had enough of watching them talk and drink and laugh.

When it was my turn I shook his hand, gave him a bro hug, and wished him all the best. "Chris, man..." is all I remember him saying. I was too aware of my own words, and my proximity to Office Girl.

The following Monday was difficult. G, YG, and I had been the back office team for two years. It wasn't the same without our guy - even though a familiar face in Hebert had taken his spot.

When G and I were alone in our back office I shared a realization I'd had that Friday night at the bar. Pointing to my desk and then circling my finger all around me I said "While I've been sitting here, doing my work every day, everyone else around me became friends." She's the office manager, and my direct supervisor, and there was hardly ever a moment where I didn't have some work to do.

"It's hard when they're all so much younger than you." She said, before realizing that she's a decade older than me. "--Not that they're that much older than you, but.."

In that moment I lamented how many conversations I'd missed out on because I couldn't go up front whenever I felt like it. I didn't know Office Girl nearly as well as Young Guy (or anyone else) knew her.

"Hey, Chris." OG called to me. The only surefire way to get her attention is to stop at the vending machine two feet behind her. It never fails. "How are you?"

"Yeah?... No..?" She gently tried to coax an answer out of me. I surveyed the room. K-dub was the only other person present, which was about the best I could hope for. I positioned myself at the desk across from her, standing in between the two of them.

"Friday was hard." I told her. Young Guy was the only co-worker that I considered a friend. I reiterated what I'd said to G, adding that I thought of the front office team as the "cool kids table" and that I don't "fit in" here.

None of this made sense to her. "Of course you fit in! You fit in with me." She was also baffled that I didn't consider her a friend. "Why would you say that?" I told Office Girl that I knew they all got together outside of work. She insisted that it was one time, and only with Young Guy. K-dub jumped in and supported her in his own K-dub way. "I don't hang out with these ni---z." He said.

From that moment I'd decided to stop avoiding her. Watching Young Guy move on made me feel lonely, and Office Girl's assurances made me feel less so. We talked a lot that day, and every day that week. I decided to test-drive her supposed friendship.

The front office team had started working out and eating healthy. K-dub had a health scare and their manager Dok is super focused on being fit (perhaps to impress his girlfriend.) Dok has actually thrown out junk food and made his team do crunches and leg lifts on the pull-up machine they have up there.

I don't work out, and I damn sure don't work out in front of other people. However I have lost 15+ pounds going for walks every day (also cutting back on junk food and not eating after 8pm) After hearing that Young Guy invited Office Girl to go to an escape room with her that "one time" I thought she might want to meet me at a nearby park that Sunday. That way we could get some fresh air and exercise, and I could say everything I never get to say to her at the office - because the phone always rings when I try to talk to her.

"Sure. I'm always down for a walk." She replied. I texted her a link to the park in Cranford, not far from the Cantina. I mentioned that she could bring her daughter if she wanted. She didn't reply.

A couple days later I stopped by her desk and asked her if she was still interested. She said she was. The text was still unread, but she checked it out while I was there and said it looked like a nice place. "I don't have my daughter this weekend." She added. Just the two of us... we can make it if we try... 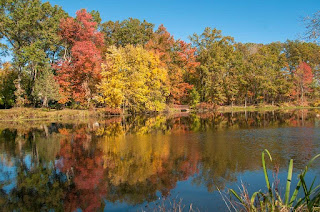 I still wasn't sure if she was going to follow through so I asked one more time at the end of the week. Suddenly she was going out of state Saturday and didn't know if she'd be too tired upon her return Sunday. How was I going to know? I had to have some way of contacting her.

"Do you take your work phone with you when you're not on call?"

"You are? Should I check in with you on Sunday then?"

She didn't answer. She searched my desk for a pen, then scribbled on a post-it. "Here's my personal number." 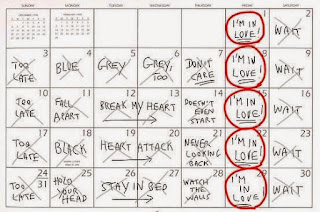 That Friday was a million times better than the last. I'd never wanted to burn through a Saturday so bad.


As for that Sunday... the weather was perfect. The family went out for brunch, and I had seven hours to myself.