I recently made a trade with Bo (Baseball cards Come To Life) after inquiring about his 1971 Topps Senators team card: 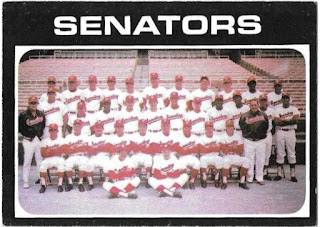 ... which he received in a Texas Rangers lot. This one is in really nice shape considering the pesky black borders chip easily. It looks a little pinkish but that's probably the photo more than the card itself.

Bo had some other cards on my wantlist and we agreed to a PWE swap. You can see his end of the trade here. 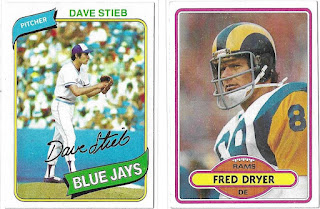 I received nine cards, including two from my birth year. I've been on the hunt for a Dave Stieb RC for a while, especially since the Secret Base documentary debuted.

Rickey Henderson fans will be very interested in this segment ;-)

I also picked up a pair of New Haven Ravens for my Connecticut collection: 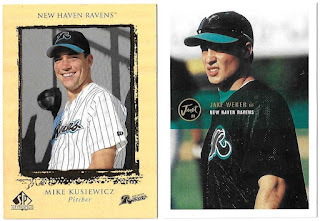 TCDB tells me I have 50.5% of all Ravens cards ever produced. I'm sure there are some team sets or oddballs they don't have posted but if that's accurate I am very pleased. 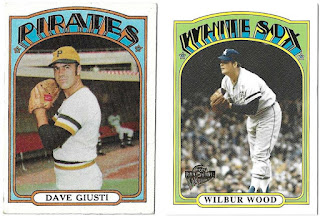 Here's a pair of 1972-style Topps cards - an original Dave Giusti and a Wilbur Wood from 2004 All-Time Fan Favorites. Both cards are candidates for my All-Time Teams binder, which I plan to update aft the conclusion of the 2022 MLB season.


The last two cards from Bo are upgrades for completed sets. 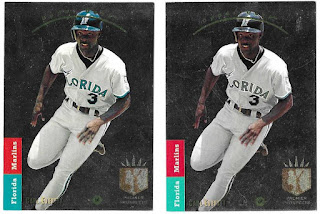 This 1993 SP Carl Everett foil is far less scratched than my copy (upgrade on the left, original on the right.) 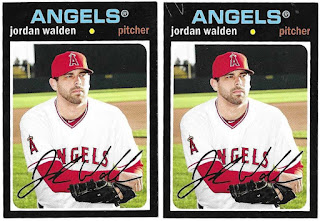 I've been trying to upgrade this 2012 Topps Archives Jordan Walden card for nearly a decade. The copy on the right came out of the pack with white scratch lines and I resisted paying 50 cents or more for a clean copy. I'm assuming the BaseballCardStore didn't have one because I'd surely pay 5-10 cents for an upgrade. Regardless I didn't have pay a penny to because Bo came in clutch.

Bo, thanks for another great trade!


I'm working on COMC challenges as I type this so why not show off some cards from my most recent shipment. 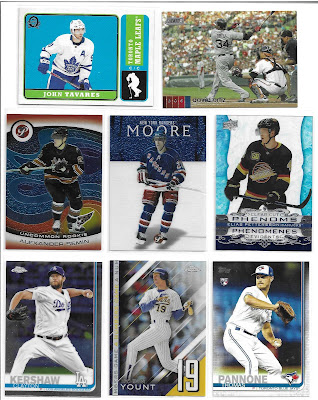 At the top we have a John Tavares OPC Retro parallel I picked up for 26 cents, along with a Big Papi base card from 2020 Stadium Club (38 cents). In the middle row a pair of Pristine singles - the Alexander Semin is an 'uncommon' numbered to 699 - not considered an RC, and not considered necessary for my 'complete' set. Still, I couldn't pass it up for 74 cents. Dominic Moore is an actual 'base' RC, numbered to 1199, and that one cost a dollar. I'm one card away from completing the base portion - but it's a big one.

Btw, Topps Prisitne is returning this year (supposedly, Topps products are so unreliable these days) I doubt I'll be able to afford a pack, much less a box, but I might have to try for old time's sake.
Two of the cards I was most excited about in my last order were these Alex Ovechkin Game Dated Moments singles. The top card depicts him passing Brett Hull for fourth on the NHL's all-time goals list (which he did on my wife's birthday.) The second card commemorates his placing fifth all-time a month earlier. 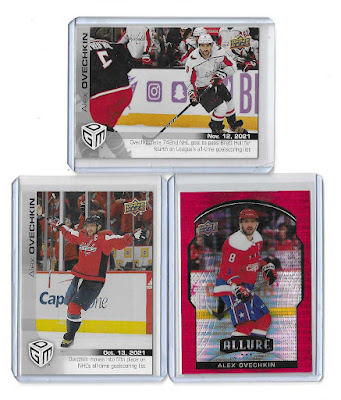 I can't wait to acquire the next Ovechkin card in the series - when he passed Jaromir Jagr for third all-time. Btw, these three cards were the fifth, seventh, and eight-most expensive in my previous order - the Allure Red Prizm was the highest price at $2.85.

I'm even more excited to send away for my next order - it's got some vintage goodness I can't wait to inspect in-hand - but I'd like to have at least 50 cards in my cart first (I'm at 34 now). Better get back to those challenges :D