The Baseball Writers Association of America elected Scott Rolen to join Veterans' Committee selection Fred McGriff in the Hall of Fame class of 2023. Both Rolen and McGriff were part of a list I'd made several years ago: the top 40 players not in the Hall of Fame. Some others have received a plaque in Cooperstown since then: Larry Walker, Alan Trammell, and Edgar Martinez to name a few.

When I re-read the list after McGriff's election (but before Rolen's) I began to update and expand it until I had nearly 200 names. With every intention of trimming the group down to a standard 100-player list I spent several days pouring over statistics and using the player comparison feature on baseball-reference.com. There were plenty of popular modern players that did not fare as well as I had expected. Conversely, the list is scattered with players who are largely unknown to most fans.

My goal was to produce a list that would stir up some debate but look reasonable in the long run. I'm by no means a baseball expert, and I did the best I could ranking players I was familiar with against names and numbers that were new to me. This was meant to be fun, and I enjoyed the challenge of assembling these rankings. I hope you will have fun reading and rebutting each selection.

Before I get to the "honorable mention" section of this project, I have a confession to make.

I tried. I really, truly tried. But after several days of agonizing over which third baseman or left-handed pitcher would make the list and which one would be left off entirely... I decided to add an additional 20 players. I'm still going to call it The 100 Greatest Non-Hall of Famers though, as a hat tip to Rob Harvilla's 60 Songs That Explain The 90s (today's episode - "Enjoy The Silence" by Depeche Mode -  is #86). That means there will be six posts in the series instead of five. I'm hoping to publish two per week until Spring Training.

Now, for the Honorable Mentions...

As I mentioned in previous posts, I want to recognize Negro League greats but I don't feel qualified to do so. There are quite a few names that popped up frequently in my research who have yet to be immortalized in Cooperstown.

In addition, there are some major league stars who had noteworthy career numbers but lacked either longevity or elite-level production in at least one aspect of the game. 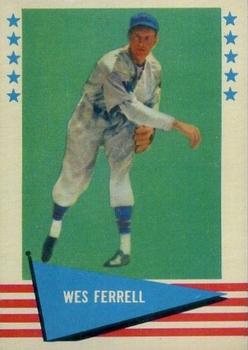 Wes Ferrell owns a career WAR of 60.1, which is borderline Hall of Fame level. (For comparison, Ichiro has a 60.0 WAR). Much of that was earned as a reliable but not exceptional pitcher for the Indians and Red Sox. Ferrell led the majors in complete games four times, though he also contributed at the plate, with a .280 average in 1,176 at-bats. So what's wrong with Wes? He was highly hittable himself. Opponents hit .275 against the right-hander, and his 4.16 fielding-independent ERA was far too high even for a list of not-quite Cooperstown caliber stars. 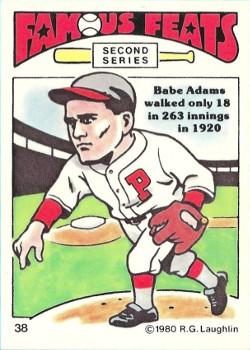 The greatest pitcher in Pittsburgh Pirates history, Babe Adams posted an impressive 52.7 career WAR and a 2.70 fielding-independent ERA (or FIP). He led the league with the lowest WHIP five times, and if you're the sort of fan who values winning, Adams earned 194 victories against 140 losses. So why didn't this Babe make the cut? Strikeouts. Adams totaled just 1,036 over his career, for a 162-game average of 84. Even in the dead ball era that's not enough. 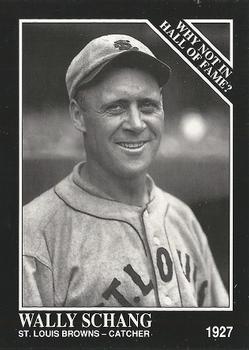 Wally Schang just barely cleared my 1,500-hit minimum - and he needed 19 seasons to do so. However, the slash line Schang produced is impressive: .284 batting average, .391 on-base percentage, and .401 slugging. His career WAR of 47.9 is higher than Hall of Fame catchers Roger Bresnahan, Ernie Lombardi, and Ray Schalk.The back of this Conlon Collection card underscores how Schang could have easily been enshrined alongside or instead of Schalk or Rick Ferrell (Wes's brother). 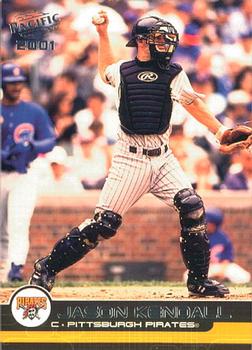 Only five players in major league history have played more games as a catcher than Jason Kendall. A three-time All-Star, Kendall ranks fourth among regular backstops with 2,195 hits and sixth with 189 stolen bases. In almost any other era, his career .288/.366/.378 slash line and five seasons batting at or near .320 would make a very strong case for Kendall as a Hall of Famer. Unfortunately he played in the late '90s to early 2000s and his modest power disappeared completely after he was traded to Oakland. A career 95 OPS+ means he ranked 5% below major-league average for his era, which leaves him off the list. 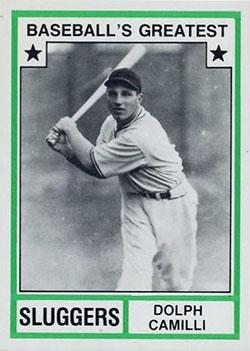 Dolph Camilli didn't qualify for the list as he just missed my arbitrary but necessary minimum of 1,500 career hits (he totaled 1,482.) That said, it was tough to leave out a player who averaged 26 home runs, 103 RBI, 103 walks, and 286 total bases over a 162-game season. Dolph's OPS+ of 136 is higher than several legendary first basemen including Eddie Murray, George Sisler, and Tony Perez. Despite a career that was just a bit too short for Cooperstown consideration, Camilli's career WAR total (43.3) is higher than that of Don Mattingly, Boog Powell, and Steve Garvey. If only he played a couple more seasons. 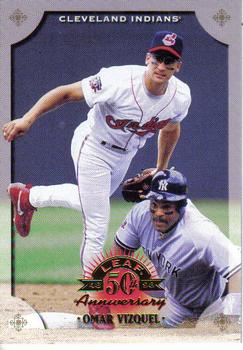 What do we do with Omar Vizquel? The all-time leader in games played at shortstop has more hits than every eligible player who wasn't linked to PEDs. Harold Baines compiled 2,866 hits without any speed or defensive value and he's enshrined in Cooperstown. Vizquel won eleven Gold Gloves, stole over 400 bases, and his BBWAA vote totals are plummeting. Perhaps that's because his career slash line is a rather pedestrian .272/.336/.352. Or perhaps it's his OPS+ of 82, a career mark lower than the likes of Kurt Abbott and Jose Iglesias (but tied with HOFers Luis Aparicio and Rabbit Maranville.) 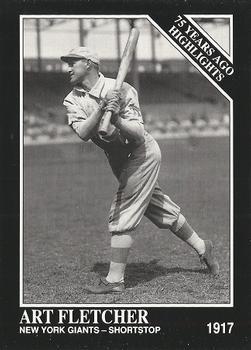 On the flip side we have Art Fletcher, whose career was roughly half as long as Vizquel's. Fletcher's 100 OPS+ suggests that he was a league-average hitter for his era. His slash line of .277/.319/.365 is barely better than Vizquel's. Yet despite the 1,500-game handicap, it's Fletcher who has the higher career WAR (47.1 to 45.6). Art's defensive prowess was also comparable to the Cleveland star; his 28.3 total dWAR trails Vizquel by just 1.2 points - a minuscule gap considering his far shorter career. 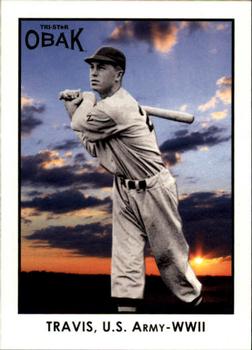 Cecil Travis was well on his way to a Hall of Fame career. He batted over .300 in all but one of his first eight seasons, earned three All-Star nods, and led the majors with 218 hits in 1941. Like many players, Travis lost three of his prime playing seasons while serving in World War II. Cecil wasn't the same player upon returning to the Senators late in 1945 at age 32, and retired two years later. Despite an abbreviated career with under 5,000 at-bats, his career slash line of .314/.370/.416 compares favorably to several Hall of Fame middle infielders such as Billy Herman, Luke Appling, and Lou Boudreau. 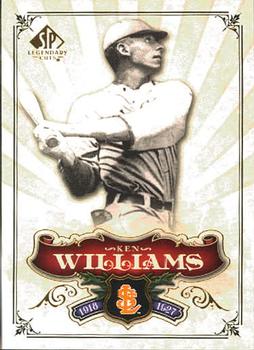 Ken Williams wasn't a regular in a major-league lineup until his age-30 season. He quickly made up for lost time, becoming a slugging star for the St. Louis Browns through much of the 1920s. Williams posted a career 137 OPS+, a slash line of .319/.390/.530 and averaged 299 total bases per 162 games. With 39 home runs in 1922, Ken became the decade's only American League leader in long balls who didn't play for the Yankees. His 43.0 career WAR (tied with HOFer Tony Oliva) was compiled almost entirely after turning 30 years old. Imagine what he could have done for the Browns in his twenties. 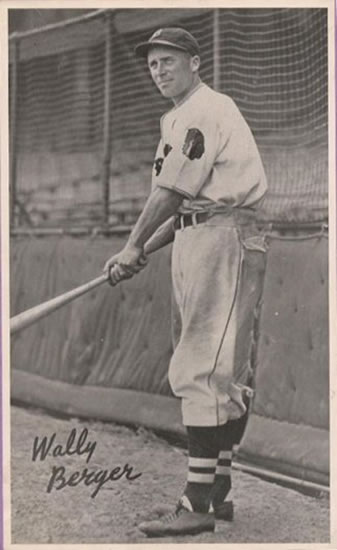 The Braves franchise has had several Hall of Very Good outfielders including Wally Berger, whose peak production would rival many all-time greats. As a rookie in 1930, Berger smashed 38 home runs, collected 341 total bases, and posted an OPS of .982. The four-time All-Star couldn't quite match those numbers over the remaining ten years in his career, though he retired with a remarkable 138 OPS+ and 42.5 WAR. 600 of Berger's 1,550 career hits went for extra bases, including 242 round-trippers.

It was tough not to get caught in a web of one-on-one player comparisons. Is Yadier Molina better than Wally Schang? Is Prince Fielder the modern-day Dolph Camilli? However, it would have taken me forever to compare each of the 120 players on the top 100 list to each other. Generally speaking, I grouped each player by position and then ranked them as if I were participating in a fantasy draft:

Would I rather have Ron Cey or Ron Guidry? Which player would you pick - CC Sabathia or Cesar Cedeno? Let the debate begin!