Once again Dave Dombrowski makes a "win now" move by gutting the farm. Sale might be better than the two Cy Young award winners currently in Boston's rotation (and he comes with a much more team-friendly salary than David Price or Rick Porcello) but I don't feel great about giving up Moncada, a 21 year old super prospect who has been compared to Robinson Cano.

Sale, Price, and Cano are just three of the active players in my "star player" base card box. I have a lot fewer base cards from the past 5-10 years, so there wont be as many scans in this post. Basically the purpose of this post will be to show you how I choose which players belong in the box, and which players go into the commons binders.

As you can imagine, this is a difficult task for current players. Some players come out of nowhere and have monster years after years of mediocrity. Others start their careers on a path to Cooperstown - but flame out early due to injuries, or other factors. How does one decide which players have 'banked' enough great seasons to be considered a star player?

Let's start with the easy ones. 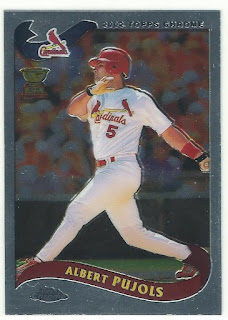 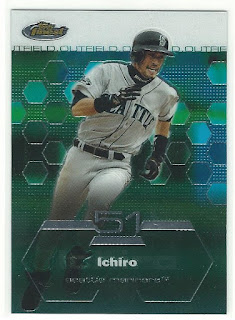 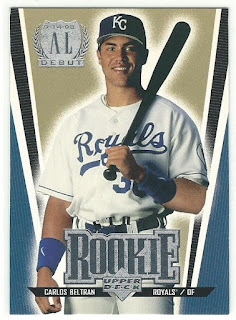 I'm confident that this batch of star hitters belong in the box: 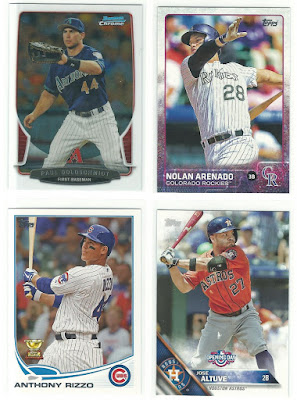 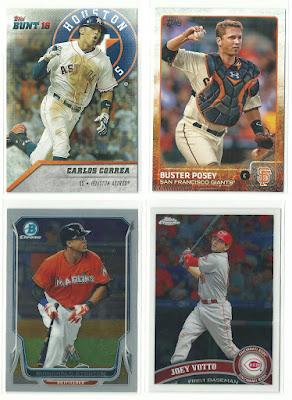 Hanley Ramirez is in the box. So are Ryan Braun, Jose Abreu and Robbie Cano (don't cha know) 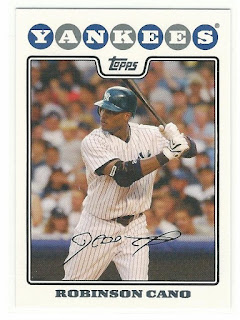 After that I'm a little lost. The top pitchers in the game (outside of Kershaw) aren't always valued as such in the collecting world. For instance, Stephen Strasburg appears to be more of a hobby star than Max Scherzer, despite the fact that Scherzer is clearly the better pitcher.

I try to ignore the Beckett star system and use my own formula. Consistency matters. Stats matter. Market factors, national name recognition, and hobby love don't matter as much. Which is why my "star pitcher" rotation would be anchored by Kershaw, and followed by these four aces: 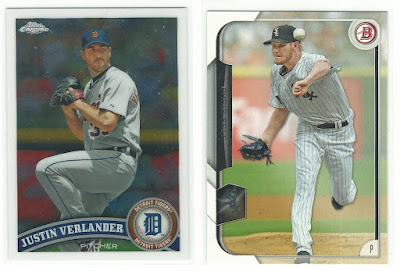 I've also got Strasburg, David Price, Felix Hernandez, and CC Sabathia in the box. I would have Masahiro Tanaka in as well - but I don't have any cards of him. (Same for Manny Machado, in case you were wondering why he's not on the list.)

Now let's have a little fun: here's a list of 25 active players that might be considered 'semi-stars', regional favorites, or what have you. Some of them have been in my "star player box" for years based on reputation and past performance. Some have been overdue for a promotion or demotion - but I haven't had time to review the stats until now.

How would you classify these players? Are there any bona fide superstars on this list? Share your thoughts in comments!