I was a big fan of Bill Simmons back when he wrote great articles for ESPN (Grantland was fantastic..I've lost interest in The Ringer.) One of the topics I particularly enjoyed was the Championship Belt series. If you're not familiar with it, you can see examples here and here. Basically, the premise is: you're the champ until someone beats you. 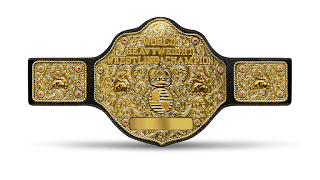 I thought it would be a fun exercise to try this using my favorite female celebrities over the years. Who was my favorite and when, and what led to them losing their title? Let's start with the first year I had any interest in the opposite sex... 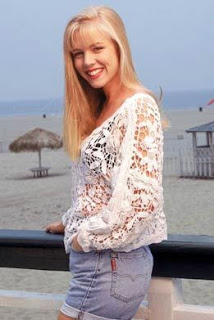 Beverly Hills 90210 was a few years above my age group, but that didn't stop the girls in my fifth-grade class from obsessing over Jason Priestly or Luke Perry may he rest in peace. My sister-in-law is related to one of the supporting actors on 90210 (Joe E. Tata), and between her family ties, the "water-cooler" talk at school, and Jennie Garth being all blonde and gorgeous, I was enjoying the teen soap opera as much any female fan.

I can't recall anything specific about Jennie's character but I do remember buying a couple packs of 90210 cards and searching stores for a Jennie Garth poster (don't think I found any..they only had Priestly, Perry, and Shannen Doherty) I even wrote a TTM letter to Jennie and got back some fan club gibberish on reddish pink paper..but no autographed photo.

Thanks to the Summer Olympics and Sports Illustrated For Kids I spent the next year obsessed over world champion gymnast Kim Zmeskal. (For purposes of this post I'll call her a "sports crush" and skip over her.) It was around this time that I was also sneaking around my mom to watch Married...With Children. Soon I had turned my attention to another blonde Kelly.. 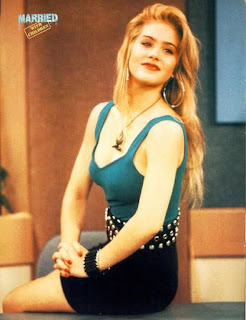 Once my mom finally allowed me to watch Married...my sister bought me a VHS copy of the Christmas special as a gift, and at one point I taped notebook paper over all of the cast(and Buck) except for Christina so that I'd only see her. I also stopped saving my allowance money for a Joe Montana rookie card when I saw an autographed Applegate 8 x 10 hanging up in a comic book store.

Even though I was still a hardcore fan of the Bundys in 1994 (and beyond) Christina lost her Crush crown to an unlikely contender.. 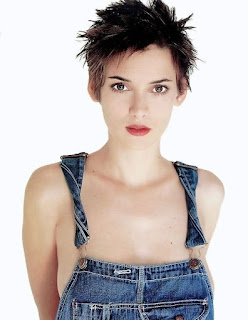 Nothing made sense in 1994. The Rangers were Stanley Cup champions. The World Series wasn't happening, and I was crushing on an ingenue actress with a pixie 'do. Winona Ryder was indie-cool, but she was also critically acclaimed for her on-screen performances. I binge-watched the entire Winona Ryder filmography in the summer of '94, after a video store clerk chose her as "Star of the Week."

It had been years since I'd seen her in anything anywhere, until my wife and I started watching Stranger Things. Winona forever!

Well, maybe not forever.. Ryder's short reign at the top of my crush chart ended when Pulp Fiction was released and my best friend John and I both drooled over.. 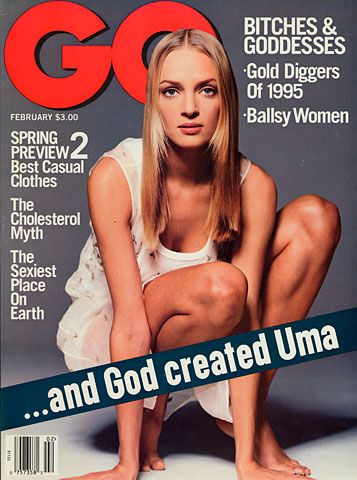 Uma was destructively gorgeous, she was almost too hot to handle when she wasn't wearing that Mia Wallace wig. My best friend and I collected cutout pictures of her like baseball cards (he even stole a copy of Details from his school library.) I watched some of Uma's early work like Jennifer 8 with John, and Dangerous Liasons with my real-life crush Jessica, who was obsessed with Keanu Reeves at the time.

In my freshman year of high school I started crushing on a six-foot tall senior girl named Liz because she resembled Uma Thurman. I also started drifting towards another blonde celeb.. 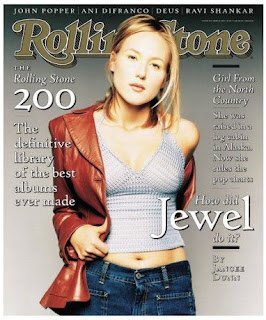 It sounds strange to me now, but I was a huge fan of a frickin' folk singer. (Not that there's anything wrong with that!) Jewel had a unique and captivating voice - and her videos were sexy as hell. I did have a poster of her on my wall and I did drool over her obvious physical gifts but! I also played my Pieces of You CD regularly and I saw her perform at the Oakdale Theater in Connecticut with my girl friend Gretchen (who at least one guy assumed was my girlfriend.)

In the late 1990s there were a few contenders like Mira Sorvino, Renee Zellweger, and Jenna Elfman that I really liked, but none that rose to the level of a top-tier celebrity crush. Until the teen soap opera wave returned with Dawson's Creek.. 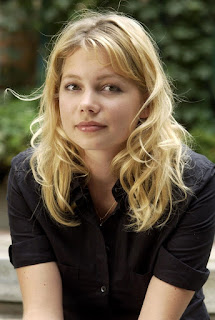 Where have you gone, Jen Lindley? I was all about blondes back in the day, and Michelle Williams was exactly my type. Her bad-girl Dawson's Creek character was not a fan favorite, and it's a sharp contrast to the characters she plays today. I'm pleasantly surprised that Michelle emerged out of the collective of WB-era hotties and became an Academy-award-winning actress...but I do miss her Maxim days.

I'm not going to get too specific here. Throughout the Dawson's Creek years I alternated between the sexy siren and the girl next door. Katie Holmes didn't strike my fancy at first; she sort of grew on me over the years. Speaking of the Girl Next Door... Yeah, so...funny story. I was in Chicago with the aforementioned bestie and his brother (also a lifelong friend of mine) when I saw a stand-up promo for this film - and Elisha - for the first time. You know that old cliche about a gorgeous woman having the ability to stop traffic? Well, when I saw this/her I literally tripped and dropped my wallet. It was kind of embarrassing, but it physically forced me to see the film in question (which was pretty good) along with other things Elisha was in, such as 24. Sssh! Don't tell anyone I started watching that because of Kim Bauer.

My Cuthbert "crush" wasn't like most of the others on this list. There was very little substance behind the surface-level hotness (and she dated Sean Avery ffs.) I wouldn't say she was champion by default, but it wasn't All That difficult for a teenager to take her title... 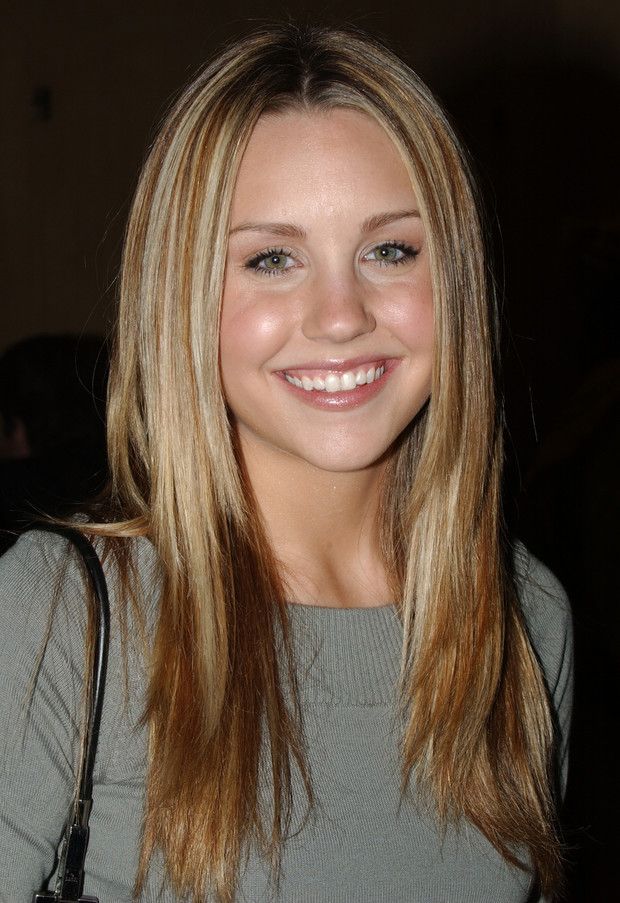 Ooomph. This one hurts. Like, it physically hurts to be reminded of just how funny and talented and girl next-door gorgeous Amanda Bynes was. It hurts to remember the days when her contemporaries were getting wasted and Amanda insisted that she'd never end up as tabloid fodder like them. It hurts to remember how much I enjoyed her movies and TV shows, especially What I Like About You..which also starred my first celebrity crush, Jennie Garth. 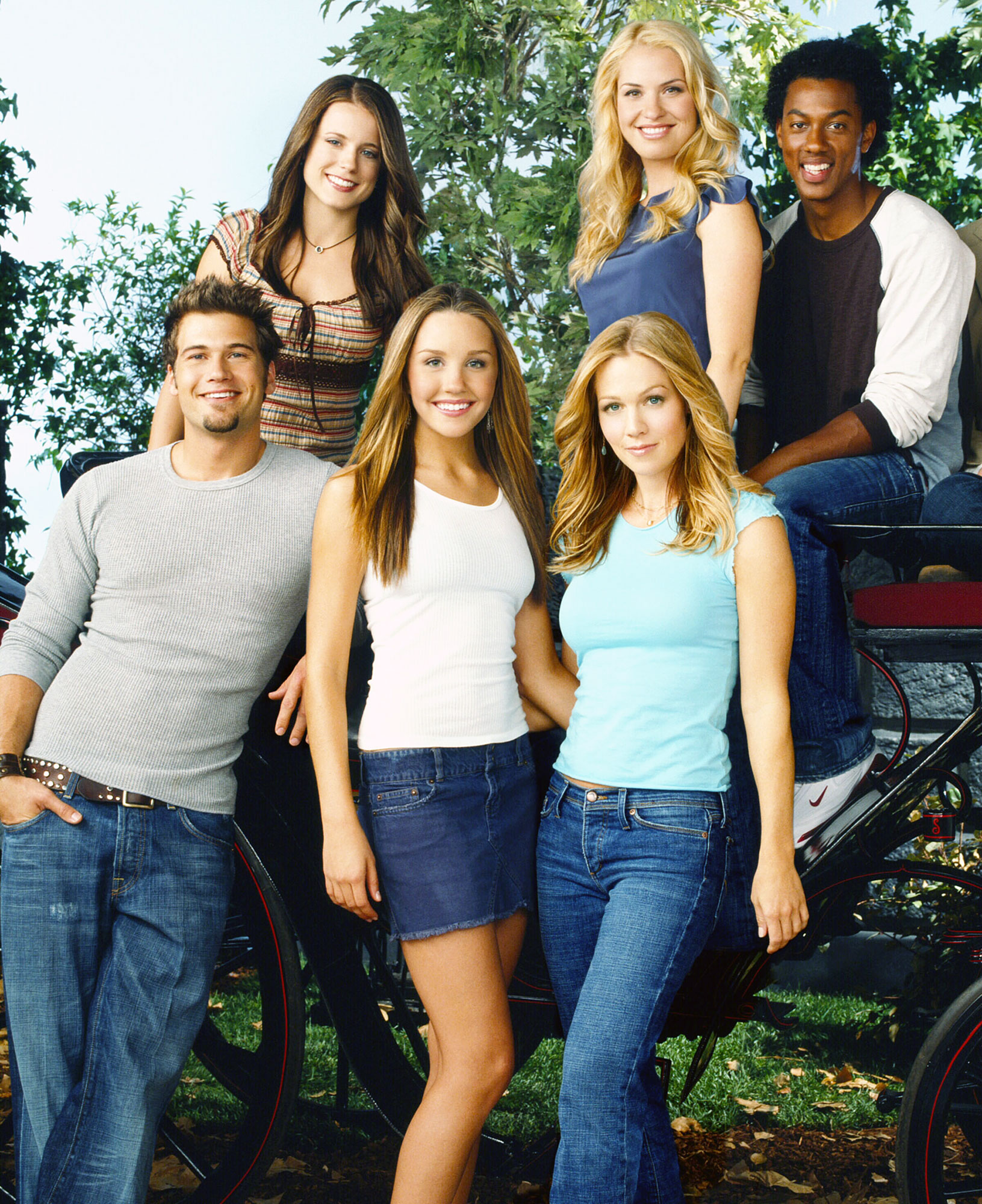 It hurts to know that she just turned 33 (still younger than the Current Crush Champion) and that she's spent the past decade as a cautionary tale. Damn. Let's move on. 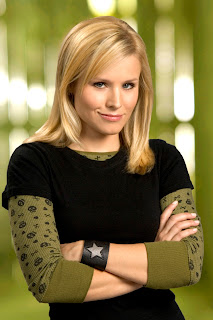 Who doesn't love Kristen Bell, am I right? Looking back, it's fascinating to me that she became such a big star and that I became such a fan. The first time I saw her, Veronica Mars had just started on the WB or CW or whatever and she was on Conan talking about hockey. That's about all the incentive I needed to check out her show.

Of course I became a fan of it, and her. But unlike the other blonde puck bunny on this list Kristen stuck around because she's good in everything, she's always an entertaining interview guest, and as the kids say, her and Dax Shepard are #relationshipgoals. The Good Place was a big reason why Kristen reclaimed her spot as my favorite actress after losing her crown nearly a decade earlier.
I honestly can't remember if I had any celebrity crushes in 2010 and 2011. I liked Olivia Wilde, Zooey Deschanel, and a couple others but not enough to award anyone the Championship Belt. So until something jogs my memory let's say that it was vacated for a while. 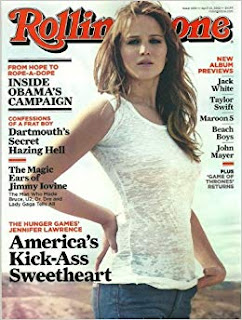 What can I say about Jennifer Lawrence that I haven't already said on this blog? Well for starters, I probably wouldn't have seen her in X-Men:First Class if it wasn't for the sub-plot about the Cuban Missile Crisis. She looked so different in that it's as if it was filmed five years before The Hunger Games. It's kind of strange to think she was "cute" once.

The other thing I can say is that I didn't get tired of her "act" as some people have. I don't agree with everything she says or does, but it bothered me how quickly the wave of public opinion turned from "She's unrefined and relatable. I love her!" to "She's immature and overrated. I hate her!" It's true what they say, they build you up just to tear you down.

J-Law has taken some blows (some self-inflicted) but she's got more staying power than anyone on this list - with the possible exception of Kristen Bell. I'm amazed that she's only in her twenties; there's still so much ahead for her.

That said, she did lose a bit of zip off her fastball by 2017, just enough for the Crush crown to be claimed by.. 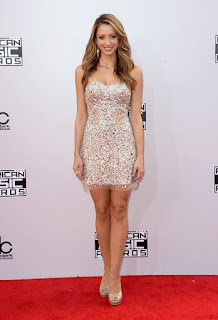 I'll admit, I was about eight years late to the party with Taryn. I spent all of '17 catching up, only to find out she's not fun anymore. It's probably for the best. She's too damn stunning to be that funny and chill.

Before I get to the current champion here's a Southern song that sort of fits the occasion:


I say "sort of" because I'm not the stalker type. Also, the irony of this track is delicious.


Anyway...this post has been long enough, yes? Let's get to current events here. In 2018 I wasn't as focused on any one in particular as I was in '17. Kristen Bell held off Katherine McNamara and Melissa Benoist mostly on reputation and personality -- which went a long way toward awarding the Championship belt to.. 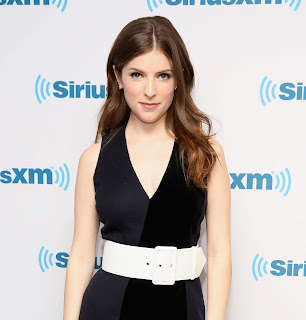 I've mentioned this before, but I like Anna for a lot of the same reasons I like Kristen. There have been times when the belt was awarded to a smoldering, statuesque blonde but overall it often stays with a woman who has talent, personality, and an approachable attractiveness. Could Kendrick hold on to the belt into 2020 and beyond? Sure. Then again, maybe Kristen or Jen will reclaim the crown. Maybe Brie Larson wrestles it away from AK. Maybe I will outgrow this whole charade altogether. Lol..not likely :)

If any of you read this incredibly long post, I hope you enjoyed it. My next post won't be for a few days but it will be a contest! Anyone who comments on this one will automatically be entered, as a reward for reading all the way to the end. So share your thoughts and stories about your favorite celebrities for a chance to win some free cards!

Hope you're all having a great weekend!