Updates and Other Stuff

So I was way off on my Hall of Fame predictions. I expected Buck O'Neil, Bill Dahlen, and Dick Allen to be elected by the Eras Committee last Sunday and I was 1 for 3. O'Neil was the one every fan seemed to be happy about; I saw a lot of support for Gil Hodges and Minnie Minoso as well. My late father in law used to ask me "why isn't Gil Hodges in the Hall of Fame?" quite often. I'm thrilled he finally made it.

Bummer about Dahlen and Allen though. They're going to have to wait a long time for their next chance. "Today's Game" is up next December, and that era covers 1988 to now. Just so happens that's exactly how long I've been following baseball.

For reference, I'm assuming Dwight Evans, Lou Whitaker, and Keith Hernandez will be on the Modern Baseball ballot (1970-87) along with names like Luis Tiant, Thurman Munson, Dave Parker, and so forth. That era seems to have a lot more underrated stars than the present day.

In other news, here's something I found interesting... 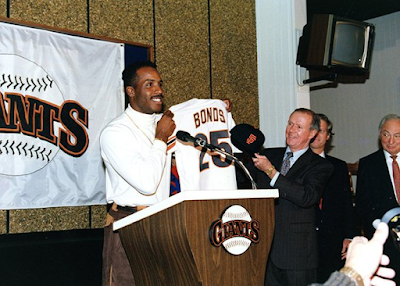 At the time, it was the largest free agent contract in both average annual value and total value. The six year contract paid Bonds $43.75 million from 1993 to 1998. 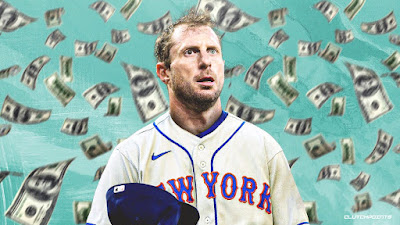 Just before the 2021 lockout began, Max Scherzer signed a three-year contract with the New York Mets worth a total of $130 million. "Mad Max" will make $43.333 million dollars in 2022 alone.

For San Fran's $43+ million investment Barry Bonds compiled 49.6 WAR. 235 of his 762 home runs were hit during this six-year stretch, in which he also stole 194 bases, led the league in walks four consecutive seasons, and won his third NL MVP award (in 1993.)

Yes, there was far less revenue in baseball when Bonds joined the Giants. It's not meant to be an apples-to-apples comparison. There's also a little thing called inflation. However, $43.75 million in 1993 dollars is equivalent to... $78.4 million as of 2020. Still a far cry from $130 mil.

I like Scherzer. I wanted the Red Sox to sign him. I was actually hoping Chaim Bloom would throw him an offer of 3 years at $100 million with a 4th year option for $30 mil or so. And if he had, Mad Max (and/or Scott Boras) probably would have laughed at him.

That being said, it's good to see the other New York team reel in a top free agent. And good on Dennis's Tigers for signing  Javier Baez and Eduardo Rodriguez to (comparatively) reasonable contracts. E-Rod will make $14 million for Detroit in 2022. Boston's boy genius replaced him with these three aces: James Paxton ($10 mil), Michael Wacha ($7 mil), and the legendary Dick Mountain for $5 mil. Yikes.

You know what the Red Sox really need? A shortstop. Preferably one that's been playing in a hitter-friendly park.

Enough off-season talk, it's depressing me. Here are some cards I recently acquired via TCDB: 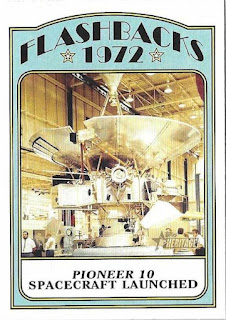 I added this card to my wantlist and acquired it immediately for one reason: Jon Bois. His brilliant 17776 and 20020 series was supposed to conclude(?) with 20021 this spring. But it looks like we'll have to wait a while longer for the rest of the story. If you're wondering what any of this has to do with a Topps Heritage News Flashbacks insert card... Pioneer 9 and Pioneer 10 are two of the main characters in the trilogy - along with mah boi Juice, the commissioner of football in the future:

It occurred to me recently that the last time I bought packs of current year cards was two years ago, when I purchased a couple hanger boxes of 2019 Topps Update at the local Target. Since I've completed 2019 flagship (and I already have a third of the update set) I decided to build the Update set as well.

This Bryan Reynolds RC arrived today in a PWE trade with TCDB user Gasypo30. It's my 351st completed trade on the site. Did you guys know that Reynolds is really good? I sure didn't. 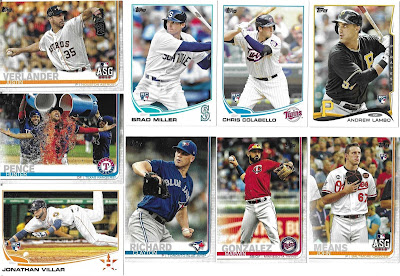 Here's the rest of the trade. I'm anxiously awaiting my orders to arrive from COMC and Baseball Card Store. Steven at BBCS hooked me up with a fantastic deal that will add more than half of the 2019 Topps Update set to my collection. Blogger gifts have boosted my 2013 Topps Update set, and with one very crucial card on the way I will need less than 20 cards to complete that Update set.
I'll have a more Update-focused post once those shipments arrive. Also, I'm planning a Simpsons-themed post at The 1993 this weekend and possibly a hockey post here while I wait for my cards.