A Repack and a Pancake Stack

I had planned to post part two of my Target break today... until I got Stacked! 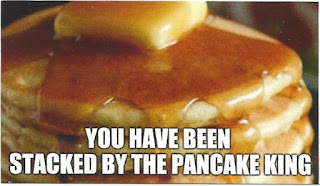 I've seen this calling card before on the blogs, and until yesterday I did not know the identity of the Pancake King. Based on the generosity of a certain blogging legend I should not have been surprised.


Before I reveal what Wes sent my way, here are the highlights from the basketball repack I picked up. I shy away from baseball and hockey repacks since there's a greater chance I end up with a stack of dupes (although if I ever see those long-ass 200 card repack cubes again I'll pick one up because they are awesome.) The Walgreens by my last job had football repacks and it's probably a good thing I changed jobs or I would have bought them at least once a week.

This is all a long-winded way of saying that basketball repacks are my safest bet. Let's see what $5 got me: 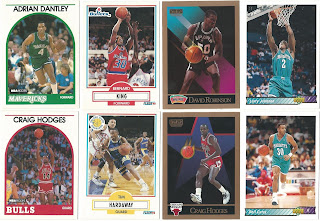 A couple of Charlotte Hornets (including Grandmama) and a couple of Craig Hodges cards, plus a Tim Hardaway RC get this repack started. 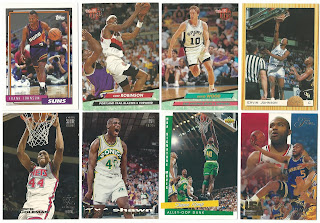 Reign man! Was Shawn Kemp fun to watch or what? The two cards from 1992-93 Ultra will help my set build, and the Frank Johnson Topps card makes me want to order a retro Suns jersey. 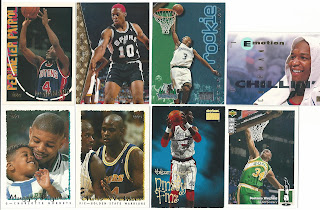 More star power here, including an Olajuwon for my PC, another Coleman, a red-haired Rodman, and a C-Webb with a Shaq cameo.

I can add these three to my PC stacks as well. 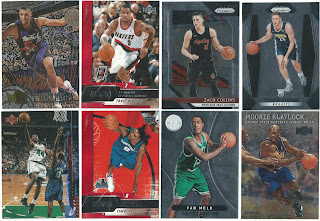 Best of the rest, including a pair of Blazers. The Zach Collins card was in the window; I picked this over a Dwayne Bacon Optic RC incase Kerry can use it. 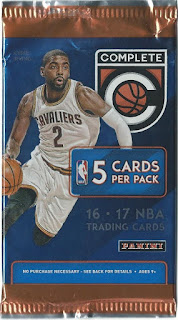 Here's the guaranteed pack. What could I possibly pull out of this product? 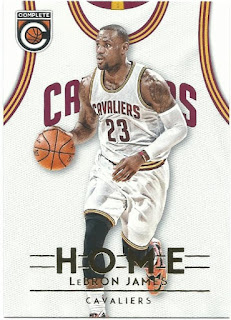 Nice! I'm not sure if this is a $1 card or a $10 card. Either way it's probably the best card I could have pulled from a 5-card pack of Panini Complete

Now let's see what Wes hit me with... 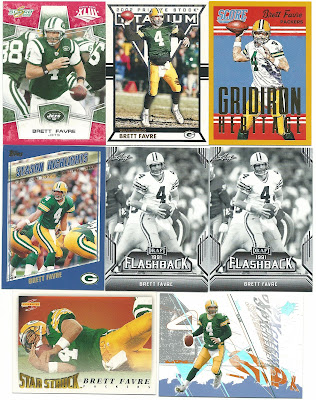 Three more, including two serial numbered cards. The Bowman Chrome is SN'd to 500. I'm now at 739 different Favre cards, with another five sitting in my COMC inventory. Doesn't look like I'll get to 1,000 by the end of the year unless I buy a big lot off eBay or make a ton of trades in the fall. 800 looks doable though.

There was one other card in the bubble mailer... 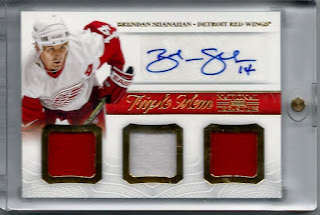 Hello, Shanny! My wife and I have a binder full of Brendan Shanahan cards, but we don't have any autographed singles. National Treasures cards are some of the nicest looking Panini releases in their too-brief time as an NHL licensee.

Wes, thank you again for the fantastic additions to my PC! It's great to know you're still lurking 'round the blogosphere.