My order from the Baseball Card Store arrived today - a day early I might add. Last time I ordered from there Stephen & co. included an extra mystery pack. This time I got a Martin Brodeur bonus: 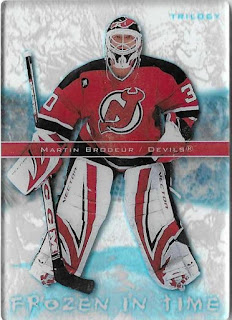 This is what everyone's yard looks like right now. (Well, maybe not Fuji's) Oh, and this card is numbered to 999.

I did not pick out any basketball singles but I grabbed one mystery pack just for fun. Here's what a dollar gets you on bbcs.ca:

I have to assume that even the most overproduced MJ card would sell for a dollar by itself. Anything else in this pack would be a bonus. 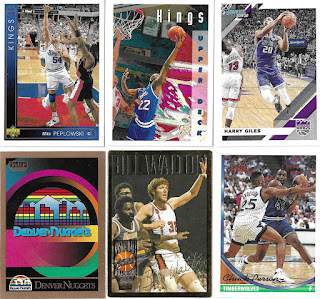 Three Kings including a cool team card, a Nuggets logo card (love it), a parallel, and a Hall of Famer. I actually thought the Bill Walton was unlicensed at first because I didn't see any team name above his number. Then I saw the Laker and scratched my head for a second before noticing the 'blazers' wordmark along the side of Walton's jersey. Vertical lettering never made any sense to me. 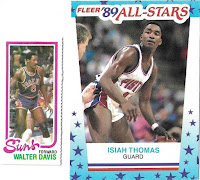 One third of a card fell out of the repack, and it's a pretty good one. Walter Davis was once attached to this card with East All-Star(??) George Gervin, but it's almost as cool without the Iceman. The prize for me is the Isiah Thomas All-Star sticker, which is a nice upgrade from the one I got in a TCDB trade.

I'm probably going to get a half-dozen posts out of this order, but first I have to catch up on some other arrivals. If you haven't bought from BaseballCardStore I highly recommend it. 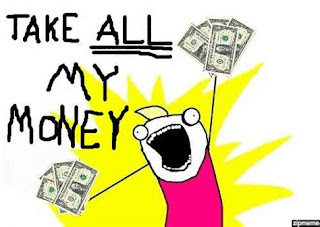 p.s. Did any of you follow Allie Brosh's blog Hyperbole and a Half? Or Brandon and Bryan at A Beer for The Shower? Those were among the first blogs I ever followed. Wonder what happened to them..