My All-Time Teams collection got a little upgrade. Or should I say U-P-G-R-A-Y-E-D-D 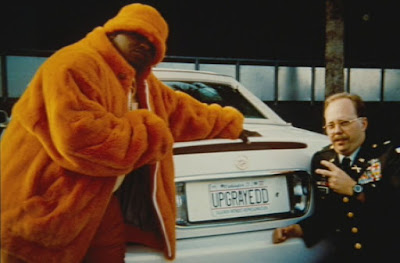 I filled a couple holes in the binder at BaseballCardStore: 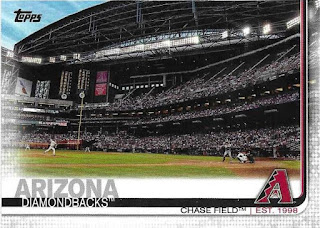 Diamondbacks are done 😎 I have this card in my 2019 Topps set and I'm still looking for a Topps Attax single. But this was too common (and cheap) to pass up as a placeholder. 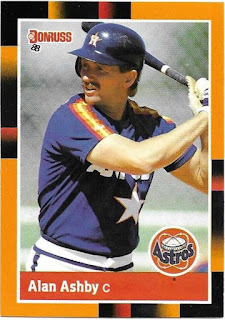 I tricked myself into thinking I had an Alan Ashby Astros card. It was only when I put my All-Time Teams collection in binders and checked them against my rosters that I realized the Ashby in question was a Blue Jay. Solved that problem by picking up this color-matching 1988 Donruss Baseball's Best single. These are so much nicer than that year's base set. 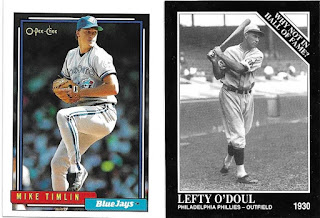 All of my Mike Timlin cards are from his years with the Red Sox (or they're in complete sets.) I've been trying to pick up a non-Sox card for the Barnstormers page and settled on this 1992 O-Pee-Chee single. It's a little bit off-center, and I know I can find a nicer one, but this will do for now. Lefty O'Doul is another Barnstormer that somehow eluded me. Trading Card Database states that O'Doul was elected to the Hall of Fame in 2002 but Ozzie Smith was the only inductee that year.

Since I've started to hit a wall with certain players - and managers - I decided to look for upgrades to the existing cards in my binder. The new cards from BBCS are on the left. I'd be interested to know if any of you prefer the "original" cards on the right.

The 1994 Fleer Hoiles card has a scratch across the front so that one had to be discarded regardless. Newhouser was elected to the Hall of Fame the year this Conlon card was released. I know I can find a better Greenberg but I like the Great Story on the back.

The Bagwell Homerun Heroes insert was an unexpected upgrade; it was in one of the mystery packs I bought from BaseballCardStore. The Scott checklist is more colorful but he had such a dominant season in '86 that I wanted something from that season. Plus his name is on the front of this one. 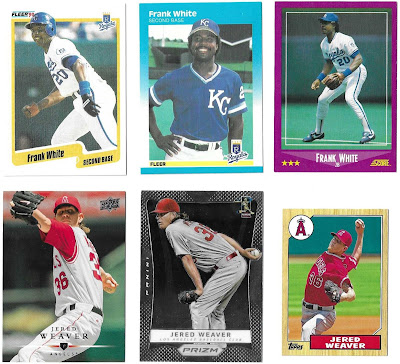 I effed up here and put the new cards on the right. Someday I'll find a more interesting Frank White card than these overproduction-era singles. There are so many options to upgrade my 1990 Fleer card that I picked two - and I still think I can do better. Both the Weavers (Prizm and '87 mini) were pulled from the mystery packs. I might use one of these for that reason alone.

I bought a bunch of 1990 Leaf singles on the site, mostly just to have them in my collection. I'm not even sure I'll put the Saberhagen in the binder; the '91 Score Sabes is one of my favorites from that set. Betances is one of four roster moves I made this off-season; I upgraded right away with a 2014 Topps Update issue. Scott Kazmir is back, you guys! Lefties never die. I'm a sucker for 2006 Ovation singles.

Much like Mike Timlin, all of my Jeff Russell cards were Red Sox issues - except this plain 1990 Fleer single. I did the best I could but Russell's mainstream issues are pretty bland. However his Mother's Cookies cards are very, very cool (or hot, in this case). I actually prefer the 1988 Topps Stieb and there aren't many singles from '88 Topps in my binder, but it's nice to have the '90 Leaf anyway.

Some upgrades for my recently-completed Marlins team set. I never liked the Topps Stars set so any (other) Alfonseca would have been welcome. I probably didn't need another Nen but 1994 Leaf brings a little more color to the binder than the Upper Deck card. The UD Encore Wilson single was included in one of the mystery packs...

..same for this Bill Terry Panini Classics insert. The Jeffress and Abreu cards were hand-picked upgrades.

I'll show off some NHL All-Time Teams purchases in my next post. Not going to do a binder for those.. yet. 😏