This will be the last post of my 300-card haul from the Baseball Card Store. If you're not a fan or collector of hockey you can skip to the end as I have some exciting All-Time Teams news to share of the baseball variety.

I'm not doing an All-Time Teams NHL binder, but someday I may decide to clear out room in my overflowing boxes by setting aside a card or two from each player on one of my 32 All-Time rosters. To that end, I did search for some stars who were fresh in my mind at the conclusion of that project. 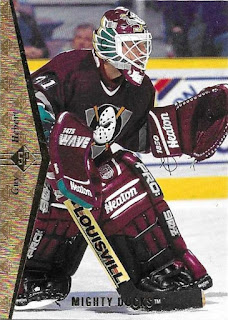 I picked up a fair amount of 1994-95 SP and Flair singles because they're a little higher end than Score or Upper Deck and between my wife's collection and mine we have a lot of 1990s hockey sets. Not these though. 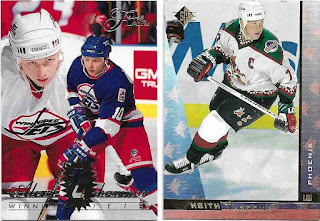 Here's a pair of Arizona Coyotes - Alexei Zhamnov and Keith Tkachuk. I know Zhamnov is pictured with Winnipeg but they're both on the Coyotes' All-Time Team. 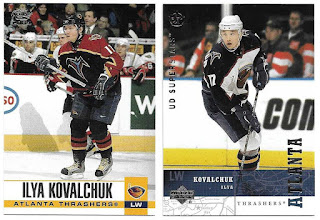 From the old Jets to the new Jets aka the Atlanta Thrashers. I still think Ilya Kovalchuk is a bum for bailing on the Devils but it doesn't stop me from collecting his cards - especially his Atlanta issues. 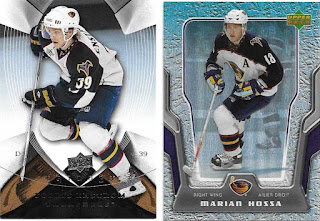 The Trilogy card on the left is ThrasherJets All-Time teamer Tobias Enstrom. On the right we have a McDonald's issue of Marian Hossa, who is a member of the Senators' all-time roster. As I've mentioned, BaseballCardStore is based in Canada so they have loads of McDonald's, Tim Horton's, and other sets that were only issued north of the border. 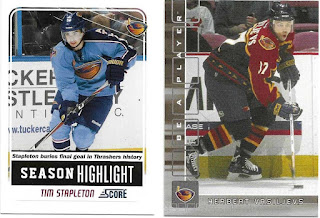 These guys are definitely not all-time greats. Tim Stapleton was the last Thrasher to score a goal, and the only Thrasher in the 2011-12 Score set. Nearly every 2012 card set other than Victory featured the new Jets. Herbert Vasiljevs played just 51 NHL games but he owns the highest single-season goal total in the two-year history of the AHL's Beast of New Haven.

I haven't been focusing on Connecticut Cards but ever since former Beast players started popping up in NHL sets I had a plan to collect one card of every player who suited up for them. Not sure where my old checklist is but "Herbie" here gets me one card closer to completing that long-dormant project. 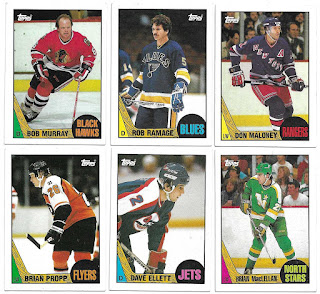 I started collecting hockey cards in 1990, so any hockey sets earlier than that still feel new to me. BBCS doesn't have a lot of '80s singles left because I bought them all but I still found a few from 1987-88 Topps. Five of these players are on All-Time rosters; Brian MacLellan is the exception. 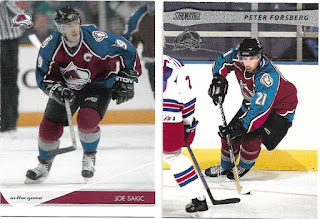 Two legendary Avalanche stars for ten cents each. The Sakic comes from an In The Game Toronto Star set, another Canadian exclusive. 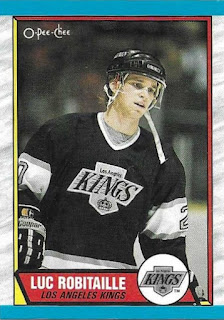 1989-90 OPC/Topps hockey is sort of an in-between set for me; I didn't collect it when it was released but I became very familiar with it in the years that followed. I was fortunate to find one star player from '89-90 on the dime store site. Shoebox Legends featured his 1989-90 (Topps) collection on his YouTube channel - along with a Hank Aaron RC! If you enjoy Shane's blog and/or YouTube videos about the hobby, check out his channel. 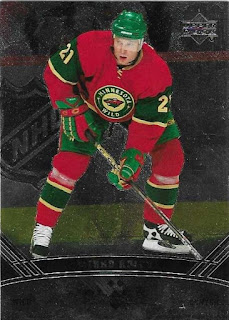 I enjoyed collecting Black Diamond hockey sets in the mid-late 2000s. The double/triple/quadruple diamond tiers made the sets challenging and fun without being impossible to complete. This Mikko Koivu 2006-07 single is a double diamond - short-printed enough to be a decent dime find but not a rarity. Koivu pulled a Brett Hull by signing with a new team after a chaotic off-season, suiting up for a few games before realizing he can't keep up with the young guys anymore, and hanging up his skates. 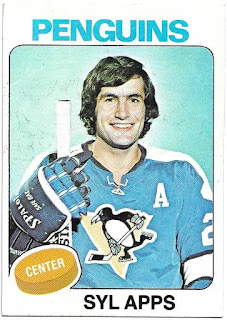 Did I really snag this 1975-76 Topps Syl Apps card for ten cents? Nope, I acquired it in a trade with TCDB user Suede53. It's got gum staining on the front. 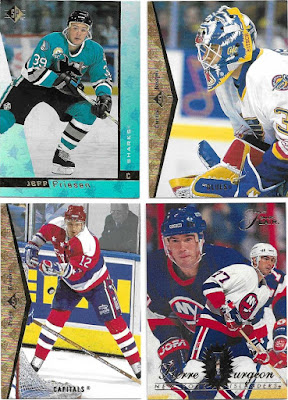 Back to BaseballCardStore - and back to the mid 1990s with Friesen, CuJo, Bondra, and Turgeon. 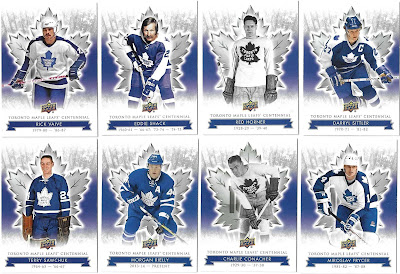 Finally here's a set you won't find in many American card shops - 2017 Upper Deck Maple Leafs centennial. Not all of these players are All-Time greats (I'd never even heard of Miroslav Frycer) but Sitter and Sawchuk in particular are nice finds for a dime apiece. Plus how else would I be able to own a card of Red Horner or Charlie Conacher?

This concludes my BBCS show and tell. Now for the big news. There is a website that created all-time rosters of all 30 major league baseball teams - just like I did. But! Eternal Baseball has 32 teams - the Expos and Nationals are separate entities and the Negro League stars play for a team in Birmingham.
Oh, and each roster has a team-themed background, a 15-player taxi squad -- and they're two weeks into a simulated season!!! If you enjoyed the All-Time Teams series here at the Collector you will love Eternal Baseball.
I'm going to make the rounds on your blogs and then tidy up at TCDB. Hopefully I'll have something else to discuss here soon.
Thanks for reading!