For reasons that should be clear to most collectors, I decided to divest myself of many Brett Favre items in my collection. Why it took me this long to do so is a whole different discussion.

I listed 14 of my 15 Gem Mint Brett Favre rookie cards (held on to the Stadium Club RC) for $500 or best offer. If I'd included the Stadium Club card I probably could have sold the lot for $500. Regardless, I accepted an offer of $376 for these:

After shipping and fees I received $332.74 for this 14-card lot. I listed two Fave inserts individually: 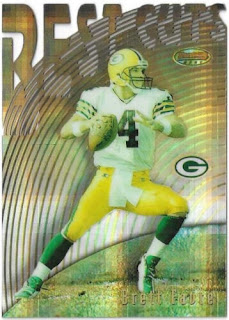 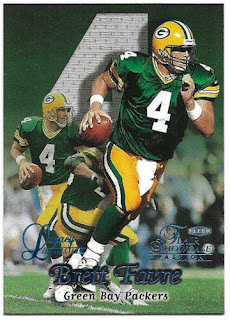 Fortunately, the winner of the Brett Favre memorabilia lot followed through on payment. 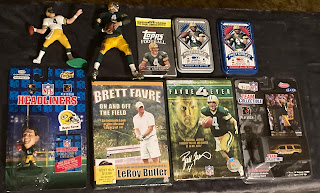 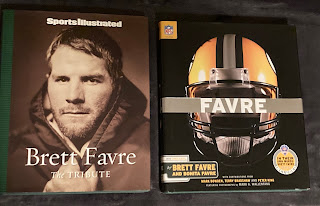 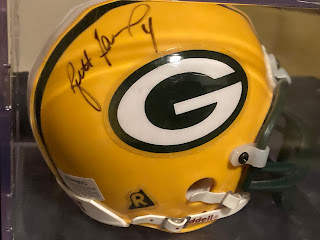 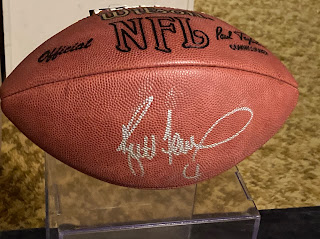 I still have an autographed jersey and career timeline print, along with a stack of magazines that didn't sell. This lot sold for $235.99. After shipping and fees I pocketed $203.69.

Offloading a significant portion of my oldest and largest player collection earned me a grand total of $554.70.

So what did I receive in this eBay "trade"?

The first one was the Jack Hughes Young Guns RC mentioned in my previous post. 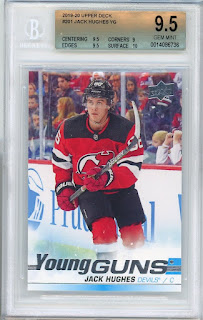 This beauty set me back $188.57. [programming note: the Young Guns series will debut next week.]

With the balance, I was able to purchase a card that had been missing from my collection for far too long. The one affordable vintage single that always eluded me due to price or condition issues, or both. 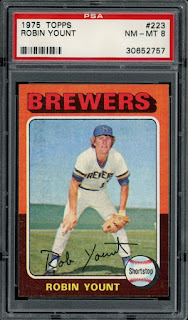 I've looked at dozens of Robin Yount rookie cards in the past and even owned a couple copies. But I could never find a PSA 8 to pair with my George Brett RC. Until now.

This copy was well-centered, and the 'blue puddle' is not present. And I almost nit-picked myself away from it. There's a red print line to the left of the 'B' at the top of the card: 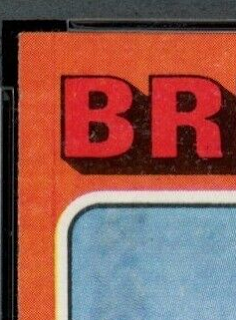 And a little bit of wood grain residue on the card back: 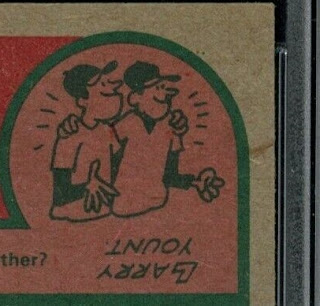 After much deliberation I decided to purchase the card, with the assumption that I wouldn't find a better example of a PSA 8 Yount in this price range. $366.09 after tax and shipping was less than most 8s sell for. The red line on the front is barely visible in-hand; I doubt I'd notice it if I hadn't seen it in the zoomed scan. 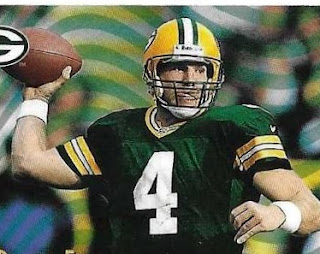