Red Sox Nation has been well-represented in the sports card Secret Santa exchange hosted by Matthew Scott at his blog Bob Walk The Plank. As luck would have it, I was assigned a fellow Red Sox fan to buy a gift for and a different Sox fan to buy for me.

Matt, author of the blog Diamond Jesters, sent me some Sox cards, some set fillers, and some presents to open. (side note: I think this is the fourth or fifth Matt I've met on the baseball card blogs. Matts are more abundant than Red Sox fans!) He also included a card: 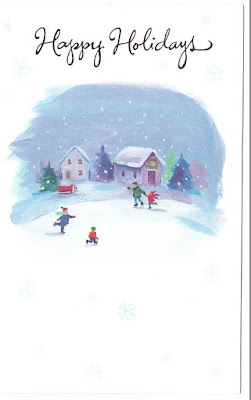 ..with a very thoughtful message inside. Is everyone doing that? I didn't include a greeting card in mine; just a handwritten note akin to "Here's your Secret Santa Gift. Enjoy!" Anyhow.. Matt sent some junk wax-era Red Sox: 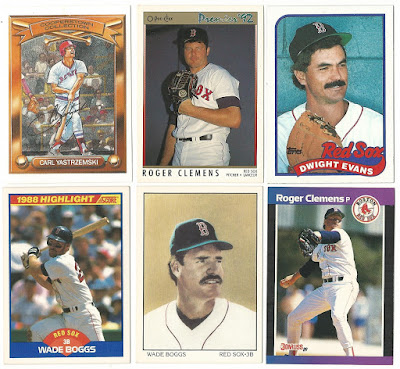 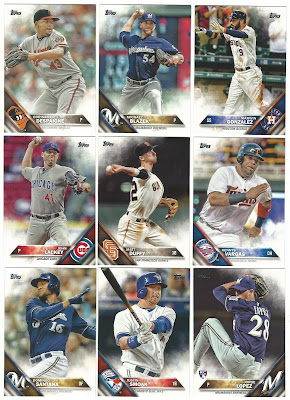 These are the "presents" he sent so I'd have something to open: 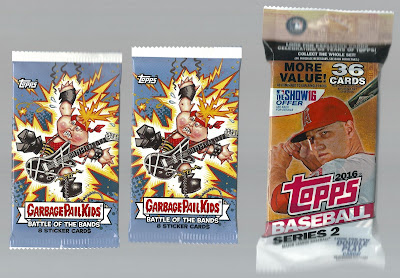 I'm psyched that GPKs are back on the shelves, they were a staple of my childhood. This Battle of the Bands set was new to me, and something I knew I'd enjoy. Since I'm much more familiar with 2016 Topps, I opened that first: 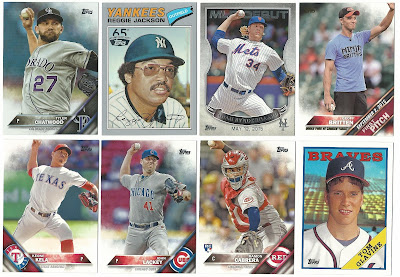 Another John Lackey. Figures. Which means that I only got two (more) cards I needed: Kela and Cabrera. The Tyler Chatwood in the top left corner is a shiny rainbow foil parallel thing. But for some reason the code at the bottom of the card back is the same as the base card code. Topps is so frustrating. 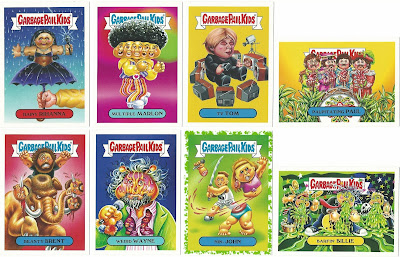 Green 'puke' parallels are one per pack. There are also 'phlegm' parallels and 'fool's gold' parallels, which are much tougher pulls. My daughter immediately recognized TV Tom, as it resembles a classic GPK character.

The Barfin' Billie card got me thinking...is there a Smashing Pumpkins card? 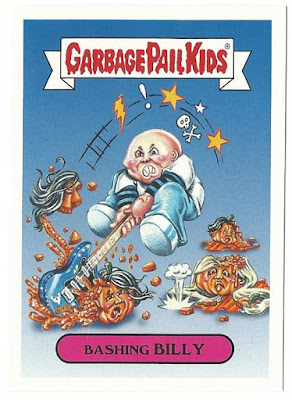 Yes, there is a Smashing Pumpkins card. And it was in the second pack. And it's everything I would expect it to be: angry bald Billy bashing the other Pumpkins (poor James Iha!)

This Billy Corgan card is one of my favorite next-gen GPKs - and the best pack-pulled GPK I could hope for, since this Jennifer Lawrence card was part of an online-only set of Oscar Nominees: 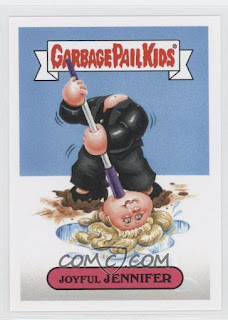 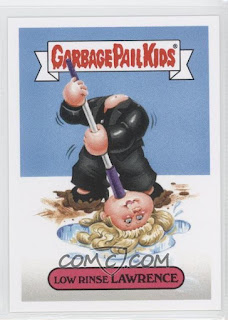 I kind of miss the original Garbage Pail Kids characters, but I have to admit it's fun to see entertainers I like (and don't like) get the GPK treatment. 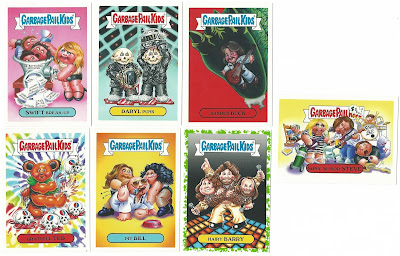 Matt, thank you so much for this Secret Santa gift!