Brad, author of the blog Brad's Blog, recently offered up some of his surplus baseball cards. I put in a claim right away, hoping to boost my collection - and my own giveaway. Of course I wasn't the only one to jump at the offer of free cards, and so Brad randomly assigned five large flat rate boxes to eight collectors.

Fortunately I was fifth. My box arrived Thursday, and it's loaded with great stuff. It might take me another week to finish sorting through it all. Right away I spotted some cards that aren't often seen or discussed so I thought I'd share some of those.

The oldest card in the box was from a set I'm collecting, 1961 Golden Press. 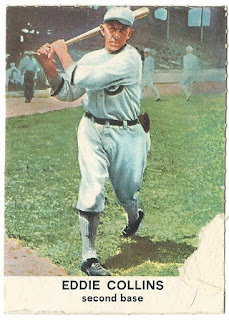 This Eddie Collins card has some paper loss on the right side, but it will make a nice placeholder.

My Oklahoma City post was all about the Thunder - but a lot of you mentioned the minor-league 89ers. Thanks to Brad I now have some in my collection.

Actually, you can thank Rex Rosser for that... 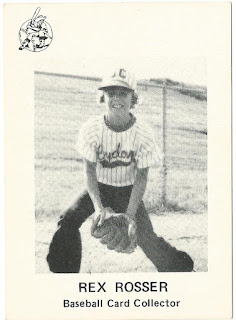 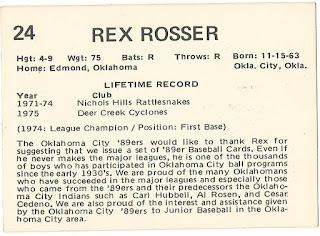 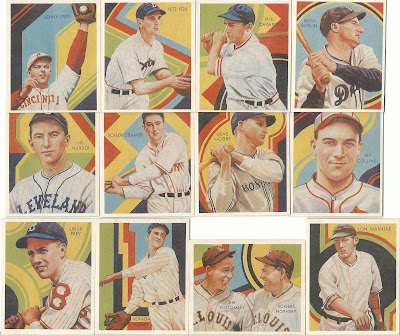 Some of these are listed for quite a few dollars on COMC - especially the Bottomley/Hornsby. 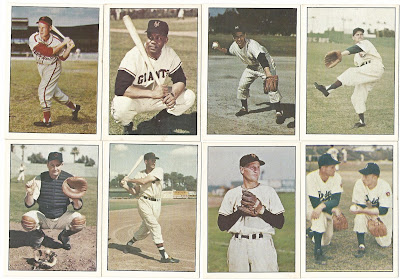 There was a big stack of 1979 TCMA cards in the box. Most of them were so out of focus you'd need 3-D glasses to view them, but I found some nice ones including a Dodgers combo card of Preacher Roe and Johnny Podres...or, as TCMA called them, Preacher "Row" and Johnny "Padres." 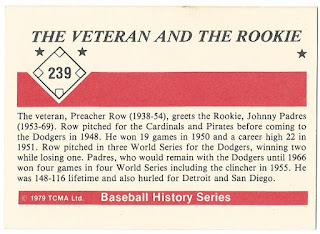 The 1977 TCMA stack was smaller, but the names were bigger. Much bigger. Legendary. 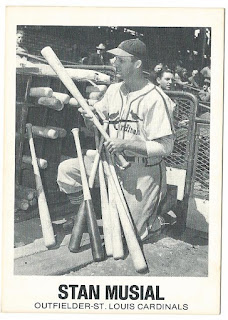 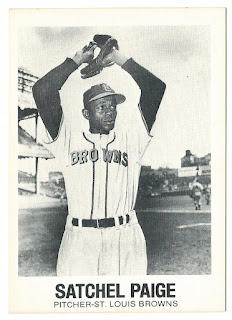 Perhaps I should have saved these for my St. Louis post. 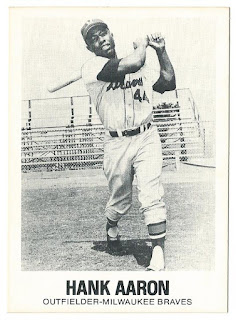 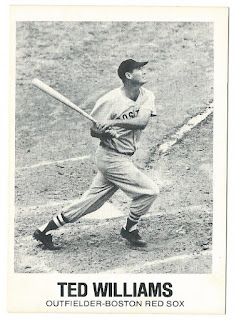 There were two stacks of the first 45 cards in this set. Brad must have kept the Phillies for himself because there were three cards missing. I can't complain... 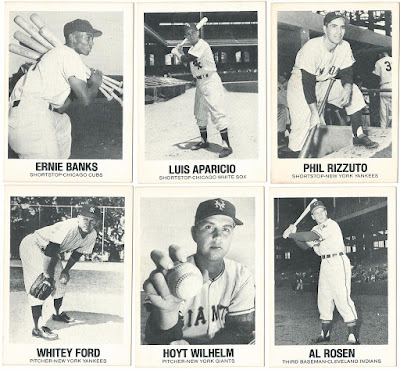 ...with 42 fantastic cards like these (and an extra copy of each)

Here's a look at the back of the Jackie Robinson card. I've heard the name Renata Galasso before but I'll have to do some more research about them. 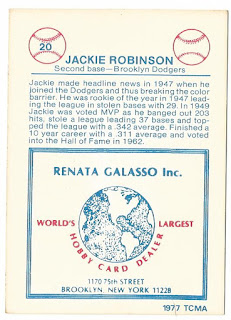 It appears that this was the first series of a larger set that was released from 1977 to 1984.

There were some other all-time greats in Brad's box, including this Dave Winfield from Topps Boardwalk and Baseball. 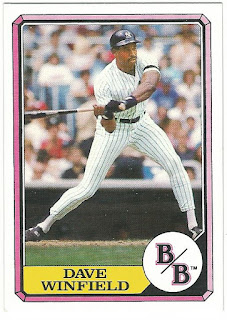 These were released in 1987, but I don't think I've seen them before..and I had a lot of oddball sets back then.


Ty Cobb had two All-Time Leaders cards in the 1973 Topps set - one for career hits and one for batting average: 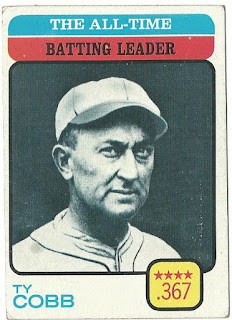 Let's end with another baseball legend, in a more modern set: 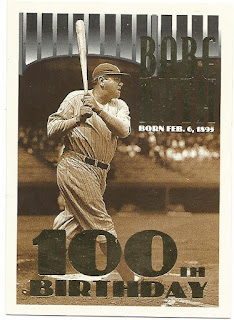 This Babe Ruth birthday card from the 1995 Topps set. I must have drastically cut my card collecting after the baseball strike because I don't remember this one, either.

Brad, thanks so much for all of the great cards! I'll be sure to pay it forward with some of the dupes.

Hope you're all having a great weekend. Thanks for reading!