The Collector's Sports Card Tour is making a few quick stops this weekend. Today we're in Oklahoma City, home of the NBA's Thunder. 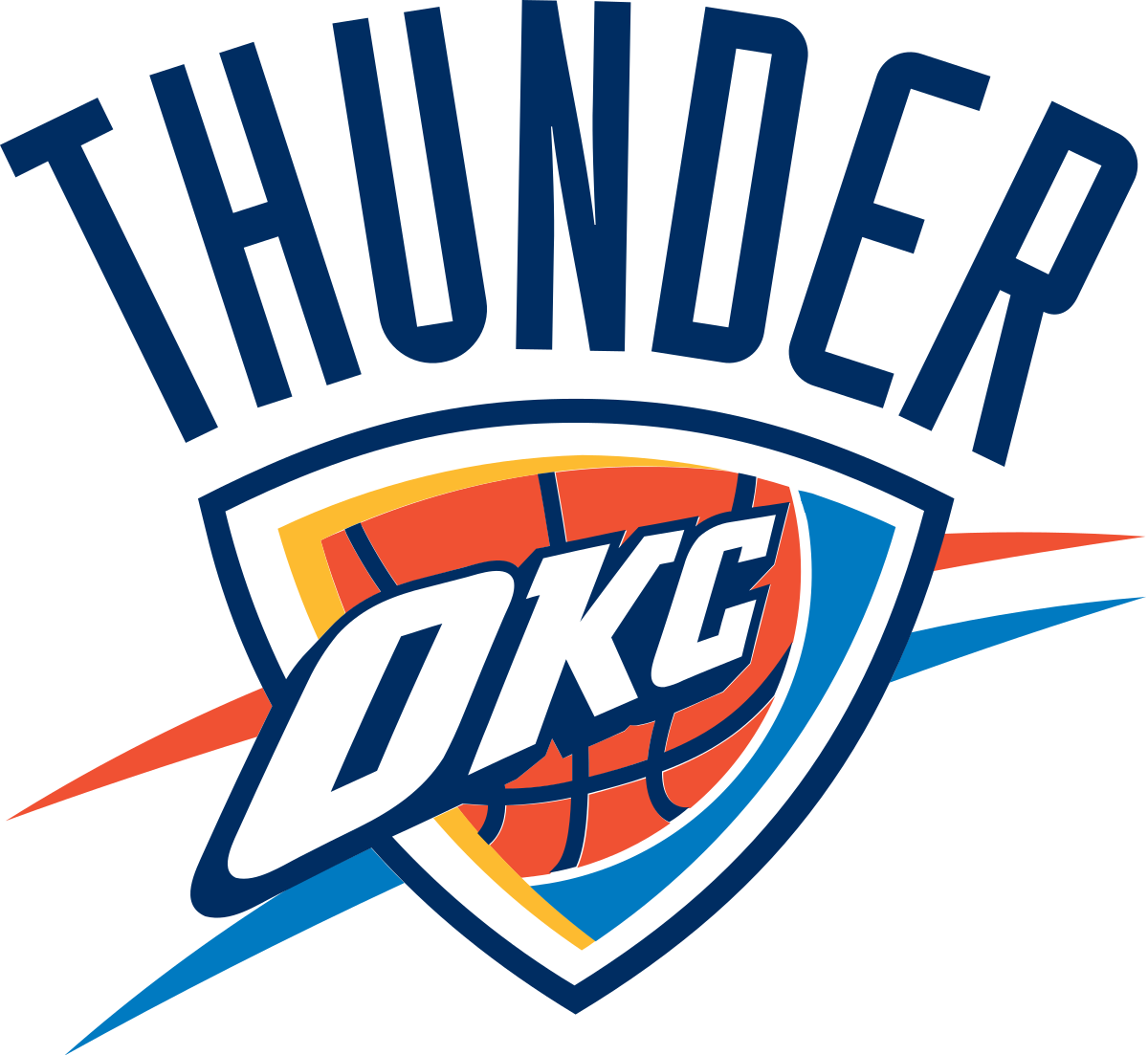 The Thunder have played ten seasons in OKC since moving from Seattle. They reached the NBA Finals in 2011-12. 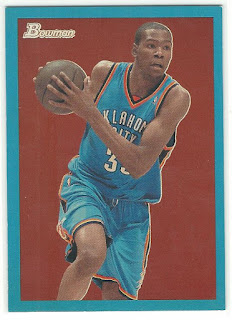 Kevin Durant was drafted #2 overall when the franchise was still in Seattle. He was last year's NBA Finals MVP with Golden State and could win the award again this year. This Bowman blue parallel is my best Thunder card. 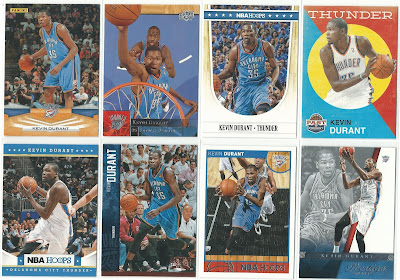 I've noticed that a lot of great players have appeared in back-to-back Sports Card Tour posts. KD isn't one of them - only because I don't have any of his Warriors cards. 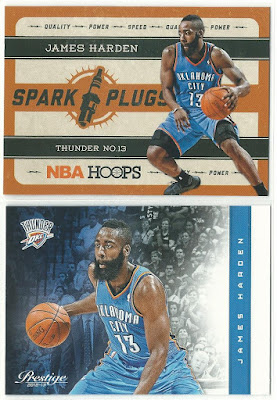 MVP candidate James Harden played three years in Oklahoma before being traded to the Rockets. 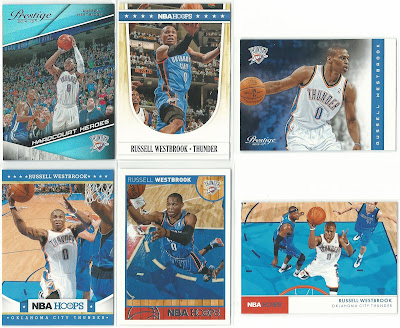 Russell Westbrook was last season's MVP and the NBA's leading scorer. He's averaged a triple-double in each of the last two seasons. He also shares my wife's birthday.

OKC filled the void left by the Harden trade and Durant's departure with Paul George and Carmelo Anthony. It didn't work; the Thunder lost to Utah in the first round of the playoffs and will likely lose George in free agency. They're probably stuck with Melo. 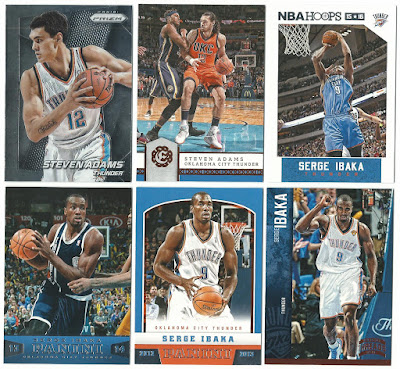 Kendrick Perkins has only played one game this season but he's contributed to the Cavaliers in other ways. 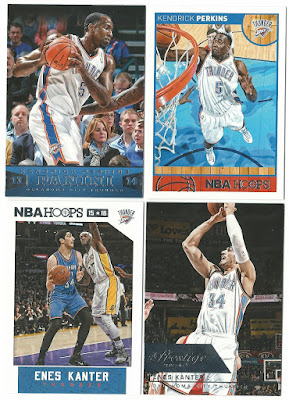 I have 42 total Thunder cards but only 18 in my commons binders-the fewest of any NBA team. That's partly due to their brief history but also because a lot of my OKC cards are stars, inserts, and rookies.

Actually I have more than 42 Thunder cards but I'm not counting these two Donruss rookies as they're part of a set build. 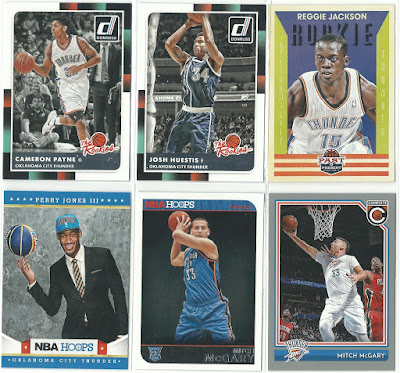 As I've said before in these posts I don't usually mention minor league teams...but Doug (Sports Cards From The Dollar Store) sent me some cards from the CFL, CHL, and AHL to augment these posts. 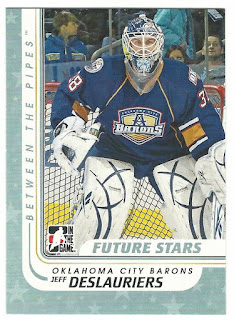 The Oklahoma City Barons were the AHL affiliate of the Oilers from 2010-15. 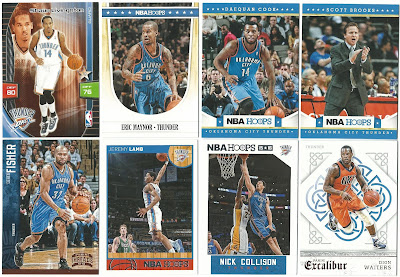 The rest of my Thunder base cards. Shaun Livingston was the first Thunder card in my collection-though I can't recall how I ended up with a pack of Adrenalyn. Nick Collison was another Seattle holdover; he retired last month after 14 years with the franchise.