Here are some more of my favorite things... 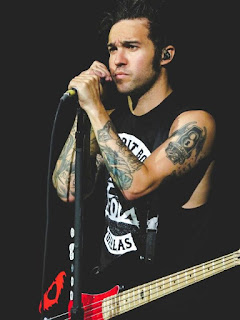 This is Pete Wentz, Fall Out Boy bassist and songwriter. I knew his name before I knew anyone else in the band (including lead singer Patrick Stump) and I found that odd at the time. But he does have considerable crossover appeal. 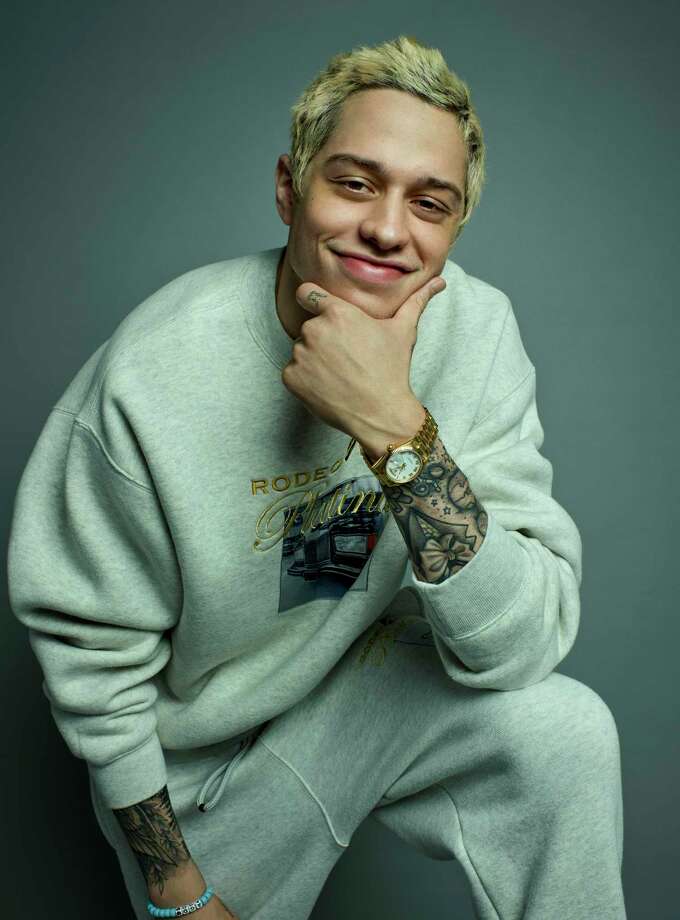 This is Pete Davidson, comedian and cast member of Saturday Night Live.

My guy has had quite a year- he got dumped by Ariana Grande, got into a beef with a U.S Congressman (and disabled veteran), may have attempted suicide, dated Kate Beckinsale, and then split from her. And all of that happened before the end of April! This is Pete Buttigeig, mayor of South Bend, Indiana and 2020 presidential candidate. I'm still not sure that he's ready to be commander-in-chief, but he made a point in the first Democratic debate that really resonated with me.

This is Pete Rose. If you don't know him you probably shouldn't be reading baseball card blogs! Btw, have any of you heard the joke about Pete and Repete? It was in one of my childhood books. This is Pete Peeters, former Bruins, Capitals, and Flyers goalie and winner of the Vezina trophy in 1983. I don't have an opinion on him, but his name is the perfect segue from Petes to Peters. 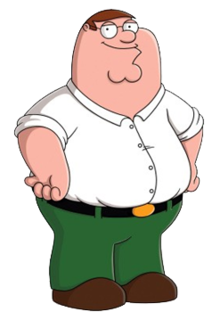 This is Peter Griffin. He's. A. Fam-ly Guy. One of the few shows I still watch at its original air time. 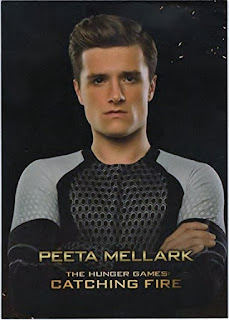 This is Peeta Mellark, a main character in The Hunger Games. I'm assuming he's named Peeta because his family owned a bakery?

This is one of my favorite memes: 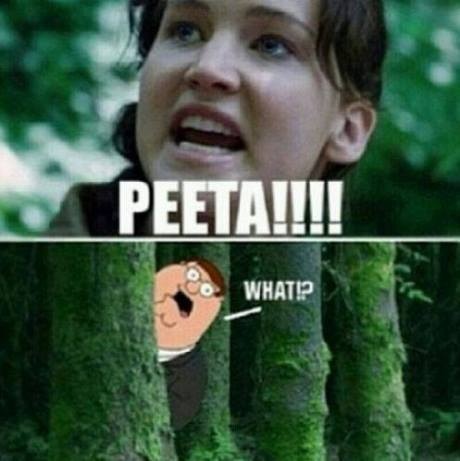 I once dated a girl who was a few years older than me and was really into new wave, goth, and industrial stuff. She made a mix tape for me and this track was one of my faves:

Peter Murphy was the lead singer of Bauhaus before going solo. I never got into them. 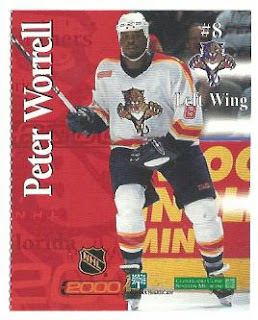 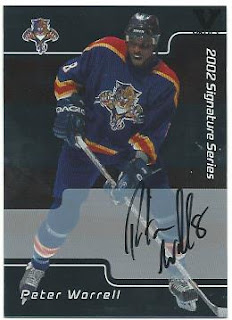 These are the latest additions to my Peter Worrell collection. I've reached the point where the mainstream singles I need have dried up, and the only new cards i can find are oddballs and unlisted "1 of 1" gimmicks. Some of them aren't even standard-sized cards. 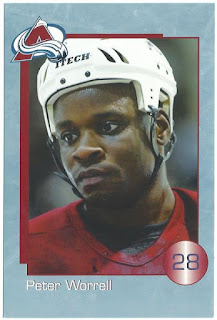 This Avalanche team-issued postcard (and the Panthers team-issued card above) were purchased with about $7 worth of eBay bucks, so I only spent about $4 "cash" to add three new items to my Peter PC.


And finally, we have the Laser Show, Dustin Pedroia.

Dustin is also called Petey, which I've been spelling Pedey (and the haters spell PEDey - though I've never heard any legit reason to insinuate that) Recently I came across a blog/collecting site called Sports Card Info. They were hosting a giveaway for a Pedroia patch card.

I hate to be the guy that only comments for free stuff but I would have felt more guilty if I didn't try to win this card for my Pedroia PC. Sports Card Info allowed one entry per day for a week and I tried to appease the collecting gods by posting legit comments like "Thanks for the contest! I would love to win this card." while everyone else simply said "Tuesday entry" "Wednesday", et cetera.


The collecting gods smiled upon me. I found out while visiting my mom in Connecticut that I was the winner! 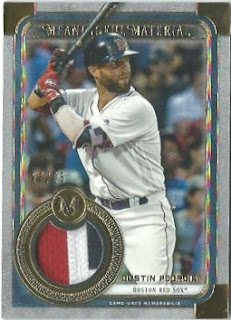 A huge thank you to Andrew and everyone at Sports Card Info for sending me this fantastic card! Give them a follow if you haven't already.


Who is your favorite Pete/Peter/Petey?