Earlier this week our sports blogging lodestar Night Owl listed the players that appear most frequently in his collection. Not surprisingly, they were heavily weighted toward his beloved L. A. Dodgers.

I have kept a catalog of my collection on TCDB and so I know that Red Sox players hold nine of the top ten spots in my collection, with David Ortiz leading the way at 265 unique cards. Furthermore, of the 28,281 keepers in my baseball card collection 4,638 of them are Red Sox cards. That's a team PC percentage of 16.4%. Hold that thought.

Of the 54,968 hockey cards my wife and I have collected 4,722 of them are New Jersey Devils. That's the most cards I have of any single team - though many belong to the Mrs. Because we have soooo many more hockey cards compared to other sports, the Devils account for just 8.6% of all cards in our collection.

There are less than 10,000 football cards in my collection. I'd love to double that number over the next 2-3 years but it's tough to find bloggers and traders who collect football cards, and it's even tougher to get my hands on new tradebait. The blogosphere doesn't swap NFL cards that often. Hopefully I can change that.

While it has been easy for me to collect a wide variety of players, teams, and brands in the other three sports (I don't have a favorite NBA team) my top priority for football has always been Packers cards. 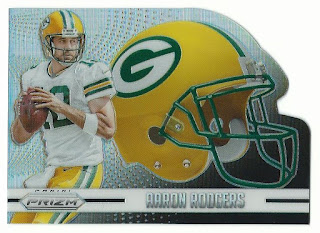 Of the 9,738 football cards in my collection as of today 2,993 of them are Packers cards. Once my COMC order arrives (They actually shipped it! Huzzah!) I'll have crossed the 3K marker.

My personal top 20 list is loaded with Packers players, most of them from the 1990s when card collecting was at its peak. Of the 20 players whom I have the most cards only five never suited up for the green and gold. The one non-Packer in the top ten was my favorite NFL star before I became a Packers fan. He'll get his own post this week.

It amazes me that over 30% of my football card collection is geared toward one team. That's awesome. But I feel like I'm missing out on so many other players and teams.That gave me an idea... 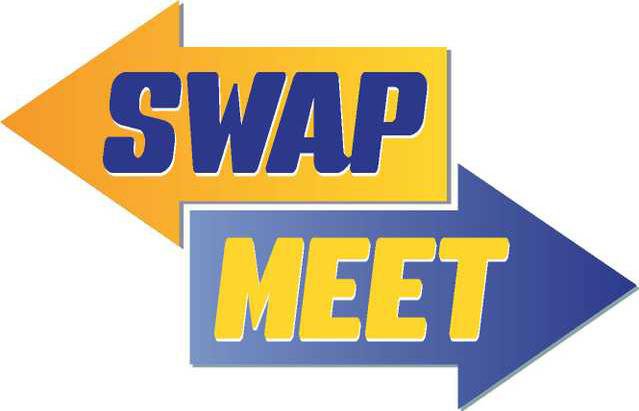 The first promotion I ran here at The Collector was a blind 50/50 swap - any 50 cards you want to send me for 50 cards of your favorite team. It was mostly a success. One or two lurkers screwed me over but that was a rookie mistake. Overall, it helped me build relationships with a lot of my readers and trade partners.

This December The Collector (in conjunction with The 1993) is hosting a PWE swap meet. If you're a regular reader you can send me any unwanted NFL cards (even 1990 Pro Set) of any NFL team between now and December 28th. If you're reading this from TCDB feel free to make me an offer of any football cards I don't have for a fair trade. If I agree, you'll be included in this promotion.

What will you receive in return?

A hand-picked PWE full of cards from a team or a short list of players that you collect. [Please note you can request any sport.] If possible, I'll send you some set fillers. You will also be entered in a drawing for a nice prize - which I will reveal later this week.

I'll have more details about this swap meet throughout NFL Week, which officially kicks off tomorrow night. Hope you'll join me for this celebration of football.