Now that the election drama is (mostly) over I've been in the mood to write. A lot. And for some reason I've been focused on writing about hockey - which isn't the most popular sport here, I know. 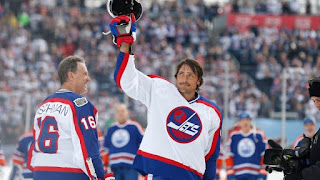 For those of you who are hockey fans, I've posted a Sunday Long Read about the 1993 goal-scoring race on my sister blog The 1993. Gotta expand that empire ;-)