Mrs. Collector and I have been doing something we should have done during quarantine last year - cleaning out our old junk. We've spent the last few Saturdays bagging up clothes to donate and throwing out random items that can't be reused. I've also been selling a lot of stuff on eBay since they're about to cut PayPal out of the process and require sellers to provide bank account info to eBay. Um, no thanks.

This is all just a way of explaining that I've got a lot of cards to show off but not a whole lot of time to discuss them. Sometimes I just like to scan and post them here so I can get them sorted in my boxes. 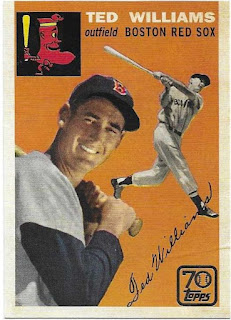 Steven from baseballcardstore.ca sent me an email offer to join a free break of 2021 Topps baseball. Unlike breaks that I have to pay into, the Red Sox were available and I happily claimed them.

About a dozen packs into his video I was starting to wonder if he'd pull any Red Sox. Sure enough they were clustered in the last third of the megabox. I ended up with five base cards and two inserts. 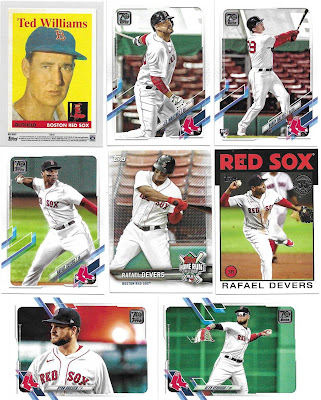 The Rafael Devers 1986 insert was part of an 8-for-8 trade with TCDB user Baseballdave.

I hadn't planned on placing another order at the online dime box but I couldn't let these Sox travel alone, so I added 80 cards to my cart and they arrived at the same time - but in different packages: 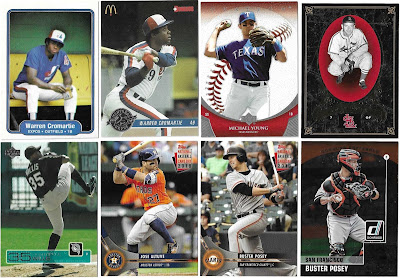 My All-Time Teams collection is nearly complete. I'll have another update soon. The Cardinal pictured here is Joe Medwick, who was apparently hated by nearly everyone according to Bo's blog. 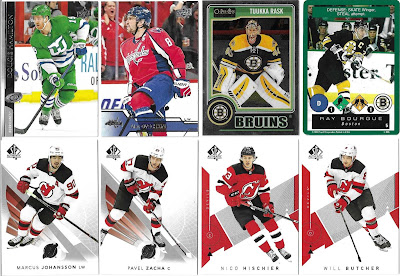 My hockey boxes are full but I can't help pick out a few singles in every order. A 2021 Whalers card? Yes please. Ovechkin for a dime? O-hell yeah. The Ray Bourque is part of a Playoff oddball set my wife started. I'm trying to finish it for her but it's a bear. Also, the Devils are ass this year. Seems to be the new normal. :/

New basketball cards are nearly impossible to find for a dime but '90s favorites are still plentiful. Here's a pair of Mark Price cards, including a 1993-94 Ultra insert that proves he was a 1st team All-NBA selection (over John Stockton?!) in 1993. Robert Horry is here to remind you that he has more rings than Michael Jordan #HorryGoat 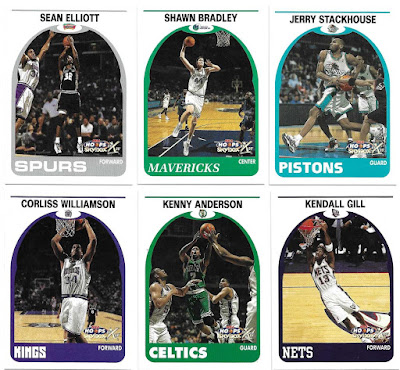 Most of the singles I need for nearly-completed sets have dried up so I've turned to set builds that are 20-30% complete, such as the 1999-00 Hoops Decade set. Here are 6 of the 11 cards I purchased. Note the Shawn Bradley in particular.

I noticed a post on the TCDB forums from user sfurukawa looking for a few 4- and 6- pocket pages. I just happened to have extras and I asked him to make me an offer. He initially offered me 20 singles from Hoops Decade, but I countered by subtracting four of them and adding two football cards. 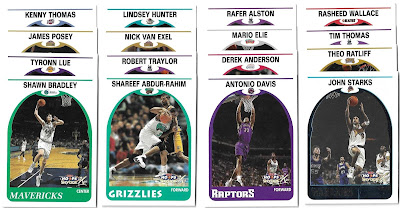 Unfortunately I'd forgotten to check my baseballcardstore.ca order and ended up with an extra Bradley. Also the John Starks Shin sent me is a Hoopla parallel (no it's not scratched, that's my scanner.) Regardless I've got 25 new singles for this 180-card set, boosting my total to 65. 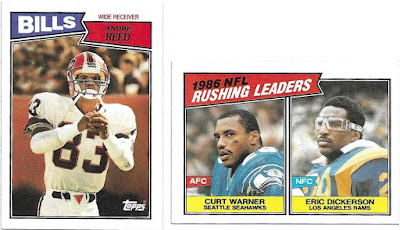 Here are the two football cards I requested. I also picked up three more 1987 Topps needs in a different TCDB trade and purchased a dozen 2019 Score football cards from Steven & Nancy. 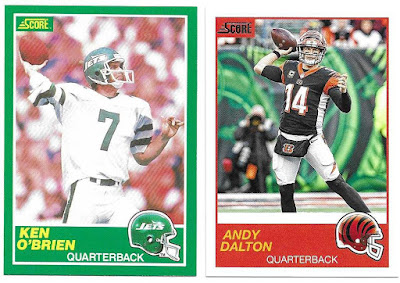 I really like this updated version of the first Score football set. Panini gets a lot of flack, most of it deserved, but they got this right.

Guess I'd better get back to the piles of clothes and toys. Thanks for reading, and have a great weekend!