While finalizing my current COMC order (and doing some Challenges to pay for said order) I've come across some interesting cards. At least three to five times per session I'll hit 'add to watch list' and wait for a price to pop up. Usually the prices are more than I want to pay, and I remove them. This first card is no exception. However it did pique my curiosity, as I am unfamiliar with non-sports issues and why they cost so much. 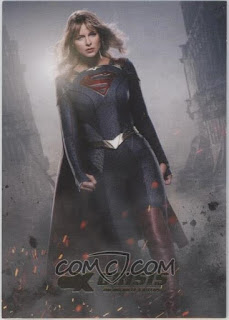 I'm not a Comic Book Guy at all but I instantly recognized Melissa Benoist as Supergirl on this single. Melissa is one of my favorite famous women even though I'm scarcely familiar with her work. That won't stop me from capturing her cardboard though! (I honestly don't watch much sports anymore, either.)

Again, I know next to nothing about non-sports. This is apparently a promo card for a set called Crisis on Infinite Earths released by Cryptozoic czX in 2020. If you thought it was tough to find baseball cards during the pandemic...

[Upon further review it appears the promo card was released in '20 but the set itself was delayed until this year - since it is listed as a 2022 issue.]

A Supergirl trading card set was released in 2018, and I was able to pick up a couple base cards of Melissa as both Kara Danvers and her alter ego: 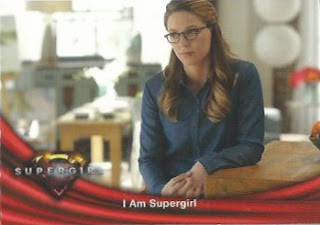 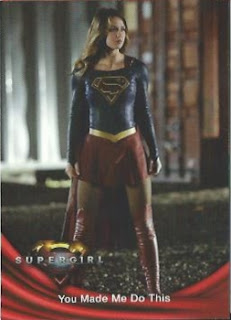 These were less than a dollar each in winter '18-19. The prices are kinda all over the place now ($50 for a base card?!?)  As for the Infinite Earths issue, it appears to be a high-end product along the lines of Topps Museum Collection or Triple Threads:

Definitely not busting anything that expensive, sports or non-sports. But I thought I'd search the secondary market for some interesting singles. That's where I found another pricing anomaly.

COMC has dual and triple relic cards of Melissa available from $50 to $72.25. That's a lot higher than a memorabilia card of a sports star, but those have been on the market for 20+ years and even deceased legends have had their jerseys and equipment cut up so many times that the supply far exceeds demand. 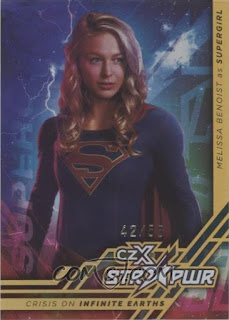 The anomaly is in the non-relic low-numbered STR PWR inserts. Both of those are priced higher than the wardrobe relics. And before you can say "different sellers, different prices"..the relics and inserts are all owned by the same seller. I'm trusting their judgement since we've established I don't know sh!t.

Since each of those $400 boxes promises one on-card autograph (and actors sign far fewer trading cards than athletes do) you would assume that a Melissa Benoist auto is the big prize and sells for a lot of coin.

But.. would you believe they've sold for well over four figures?!? Granted this one is a dual auto Melissa shares with a personalized signature from Brandon Routh. And this one is a 1/1 sketch card.

She's alone on this next single. It's numbered to 100 and chipped a tiny bit at the bottom. This one can't be a thousand bucks.. can it?

Nah. This one sold for $1,400. And this is why I don't collect non-sports products. If prices were comparable to baseball or hockey products I'd have her and Anna Kendrick and Kristen Bell and Jennifer Lawrence in my collection a dozen times over. (Kristen's auto is actually affordable by comparison.)

There is another actress in this set that I sort-of like. I'd kept my eye on Katherine McNamara a few years ago, when she was an orange-haired rising star (a "prospect" if you will.) 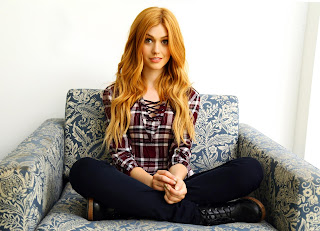 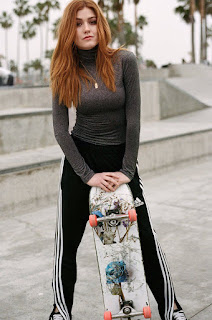 I even watched her show Shadowhunters for a while. My former manager G (whom I miss as much as Office Girl) was a big fan of the show Arrow and mentioned that Kat was in that, too. "She's a badass." G said.

Unfortunately for me there was no trading card release for the Shawdowhunters series and the only Arrow trading cards pre-dated her character's inclusion in that show.

But! This Crisis On Infinite Earths set includes Mia Smoak somehow (don't ask me how the multiverse works.) Four years ago I'd been on the hunt for a Katherine auto, thinking she'd be just well-known enough to have an autographed trading card but not so famous that it would blow out my budget: 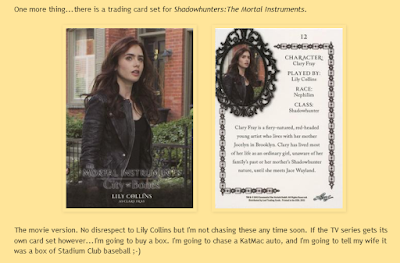 Put your money where your mouth is, big boy. Because our KitKat's got an on-card auto now.

Kat doesn't have any wardrobe relics in the set, and her serial-numbered STR PWR insert is more expensive than Melissa's. Plus she's got an eye mask on and it's not the best photo. I'd buy it for a buck or two, maybe. And since it was well over a buck or two -- in the neighborhood of a high-grade Juan Soto rookie card -- it appeared that I would go home empty-handed. No new Melissa Benoist cards and no Kat McNamara cards would fit in my budget.

That is, until I scrolled through all Crisis singles and found... a base card! 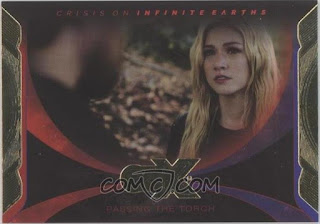 This was not labeled under McNamara or Mia. Like any super premium sports card sets the base cards seem to be an afterthought. I've mentioned how much I enjoy picking up cheap singles from Panini Immaculate Collection on COMC and eBay, since I'll never be able to afford a box. Same principle applies here.

It took me over an hour to earn enough challenge credit for this card but I found a way to add Kat to my collection (and I even had a little left over for a cheapo hockey card.) Oh, and Melissa Benoist is on the back:

Thanks for reading, and Happy Easter!