1988 was a golden year for baseball cards and memorabilia; not only was Topps (over)producing all kinds of products (including baseball card folders!) but this was the first year of Starting Lineup figurines.. which I was addicted to as much as - if not more than - trading cards.

1988 was also the first year of Panini sticker albums. Topps had been producing similar products years prior to Panini's release, but if they were in stores I never noticed them. Panini's stickers were as much a part of my childhood as Topps cards and Garbage Pail Kids. And so I thought it would be fun to relive my childhood and buy a box of stickers. 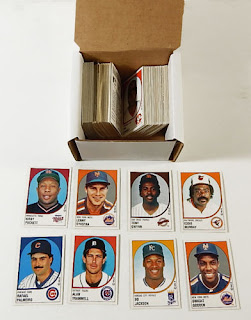 Unfortunately a sealed box would set me back about $50 and so I bought this lot of loose stickers instead. I could not tell what % of the set was in this lot, or how many dupes I'd receive - but for $5.40 I took a gamble.

Of course, once I added that to my eBay bDay purchase, I also needed an album: 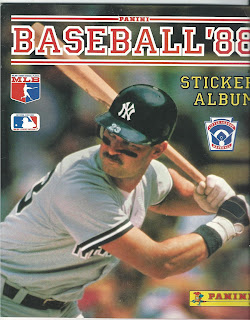 As you can see, it's a little wider than my 8.5 x 11.5 scanner. I thought I'd scan a couple of the pages and a handful of the stickers before I stick 'em in the album.

Here's the inside front cover. This is how we got our stats 30 years ago: 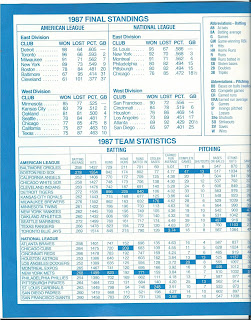 Some teams had more stolen bases than home runs; the Cardinals had more than twice as many. And look at how many complete games the '87 Red Sox and Royals had.

There's an explanation insert on the opposite page: 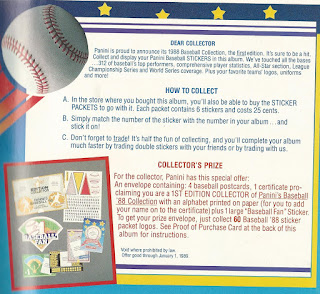 Here's a sample team page. They all look the same, no logos or team colors (the stickers provide that): 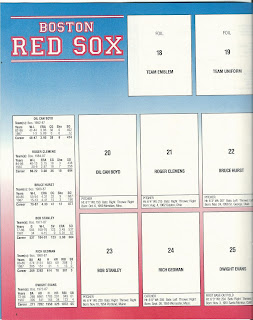 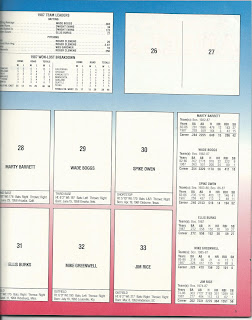 I only got a few Sox in the box: 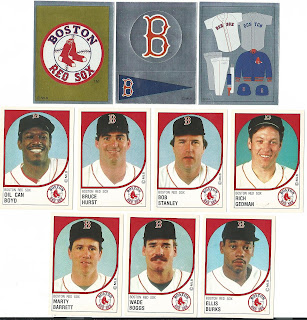 In the middle of the book there is a complete stat sheet for every player on every team in 1987. The next page has the '87 All-Stars, but it's covered by this: 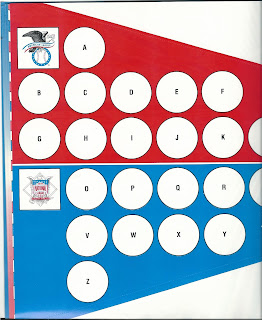 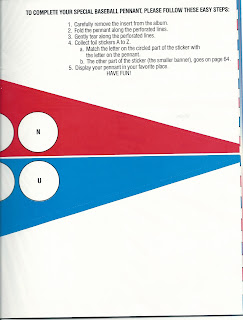 This is where you would affix these small, circular logos: 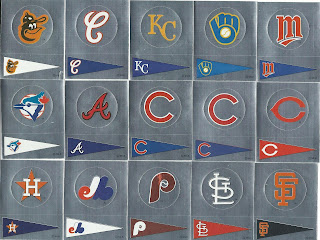 As for the mini-pennants, they have a place at the back of the book: 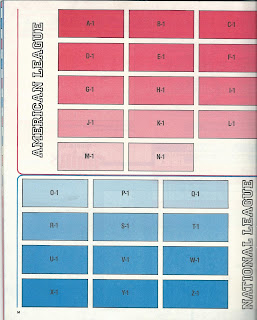 The inside back cover gives you tips on how to complete your sticker album. You could even trade dupes with Panini (Try doing that with Topps!) 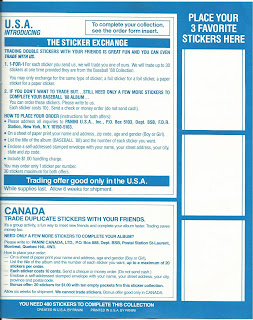 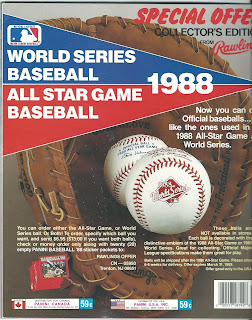 I only got a handful of dupes in the box I bought. However, I didn't realize there were nearly 500 stickers in the set. Not sure if I'll be able to fill the album, but I'm going to try.

Here are some of the more interesting player stickers, including Hall of Famers: 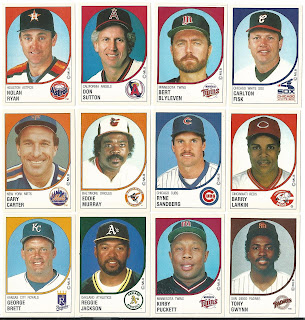 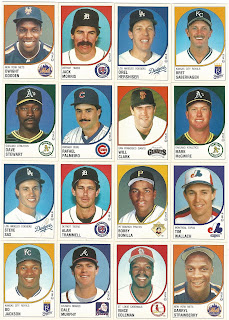 And some others I thought were interesting - like Lance McCullers (Sr), a baby-faced John Kruk, and the only hatless player in the box Jerry Mumphrey: 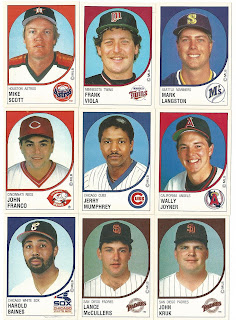 The foil stickers were always my favorite as a kid (especially the logos): 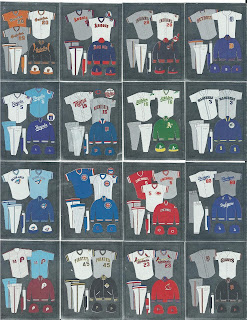 I didn't scan the action photos because they are split in half and I didn't have any complete pictures.