The State of the Sawx

It has been a rough year to be a Red Sox fan.

First there was the beanball war with Baltimore.

Then there was the David Price-Dennis Eckersley feud.

Then some moron(s?) shouted racial slurs at the Orioles' Adam Jones. 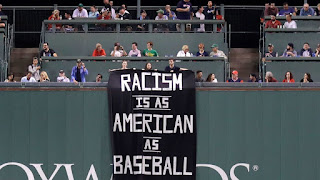 Is this pro or con? And why would anyone bother to display such an ambiguous sign? I don't even know. All I know is that there are great stories all over baseball: the Indians, the D-backs, the Twins, the Mighty Giancarlo Stanton, the Judge, the Dodgers (until about a month ago)... but aside from a hot start by Chris Sale and a red-hot debut by Rafael Devers, every story about the Sox this year has been negative news. And we're in first place!

Not all of this bad karma has to do with the players. The Red Sox roster is deep and talented enough to win the division and maybe even a playoff series. But the bad mojo will negate that. Even if our lefty aces Sale and Price don't turn into pumpkins at the first sign of fall, the talent on other teams is better - and the mojo is much better.

Let's say the season ended today. The Red Sox would have to go to Houston for an ALDS series. The Astros are already the better team on paper, but the flood-ravaged city will rally around the team, and vice versa. It happened in Boston after those Russian asshats bombed the Boston Marathon.

And even if the Sox somehow beat the 'Stros, they'd have to win a best-of-7 against the Cleveland Indians, who might never lose a game again.

This... is not our year. And that's okay. I don't expect my team to win championships every year; I'm not a Yankees fan. Honestly, as long as we hold them off for the AL East crown and they don't advance any further than we do (which seems like a safe bet considering the Yanks would play Cleveland in the DS) I'm good. Just as long as the news from now on concerns the players and their performance on the field. 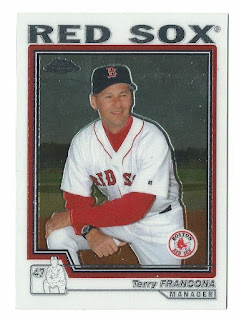 I haven't been actively collecting Francona cards, but he nearly won a third World Series ring last year and the Indians appear to be even better this year. Three titles as a manager is basically a ticket to Cooperstown, so I figure now's the time to build my collection. It's pretty basic so far: 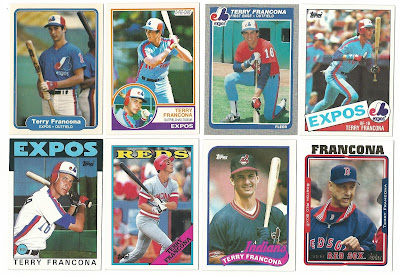 I just tossed a few more Titos into my latest Just Commons order, which should be here in the next week or two. And I've got a box break post on deck from today's visit to my LCS (aka Target.) But before I get to that, here are some Red Sox cards from my most recent 50/50 trade, with Julie of the blog A Cracked Bat. 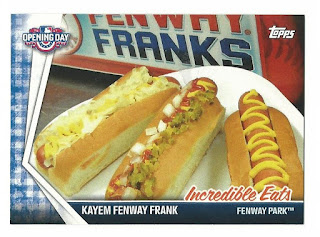 and a Hot Dog

Julie claimed two lots - Tigers and Astros - and sent me about 110 cards in return. (I'm still debating whether that earns her an extra entry in the contest.)

Unfortunately I was a bit hasty in sorting/seeding them into my binders and I forgot to scan them all. But here are some highlights: 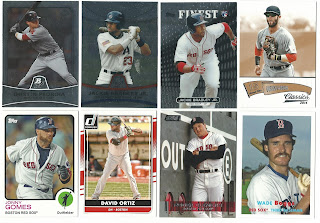 My apologies if any of these did not come from Julie. 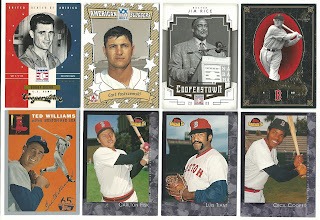 I should have scanned them right away. But it was 110 cards!


That time when Brock Holt was our only All-Star: 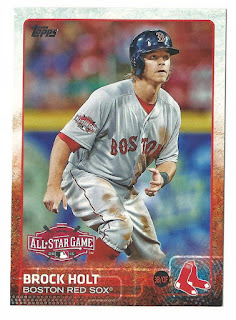 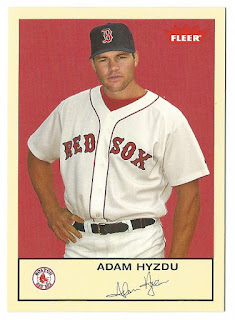 And we'll end with a celebration: 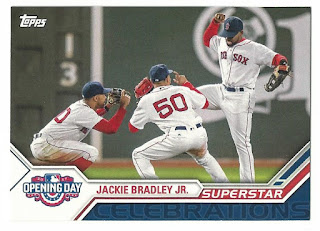 I hope we'll see more of this down the stretch.