Whenever I order from baseballcardstore.ca I often start by browsing hockey cards. It would make sense to buy baseball cards from the Baseball Card Store (and I did) but I can get baseball cards from other websites, retailers, blogger friends, and TCDB traders. Football and basketball cards aren't difficult to acquire, either. Hockey on the other hand... there just aren't many bloggers who offer up hockey cards, and I have less than 100 duplicates for trade so I can rarely acquire them on TCDB.

Until this year my source for new NHL singles was COMC, where there are thousands of parallel and insert cards available for 30 cents or less. 30 cents is a decent price. But 10 cents is better. Much better! 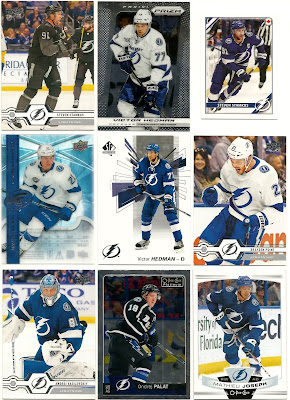 The Lightning had just won the Stanley Cup when I began filling my cart. I suppose I felt some urgency to scoop up as many Bolts cards as I could find, especially singles of Steven Stamkos and Victor Hedman.

Hedman was awarded the Conn Smythe trophy as playoff MVP. The 6' 6" Swede has been one of my favorite defensemen over the past decade, and a finalist for the Norris trophy as the league's best blueliner in each of the last four seasons. In any other sport an autographed, serial numbered rookie card of the playoff MVP would triple in value over the duration of said postseason. 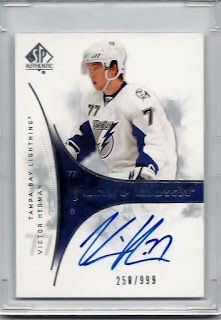 Hedman's SP Authentic RC sold for around $40-50 in recent years and hasn't moved much from that price lately. It has increased in value though. I've had it so long I'd forgotten how much I paid for this copy. Turns out I didn't pay much at all:

I picked up eleven Lightning cards in this order. They're probably my third favorite NHL team right now and I had hardly any cards of their top young stars Brayden Point and Andrei Vasilevskiy.

Here are some cards of the 2020 Stanley Cup Champions that weren't part of this order. 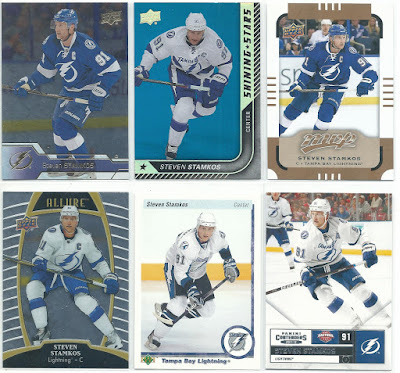 Many of these singles came from COMC. The Allure single was a Free Stuff Friday claim from Brian. 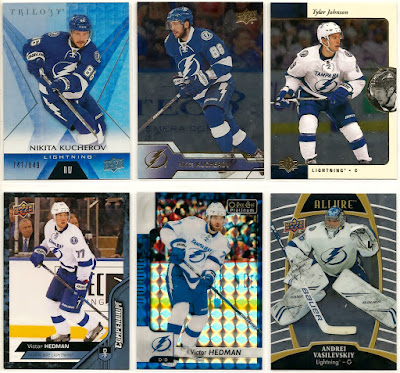 And here are some other cards I brought home in this order: 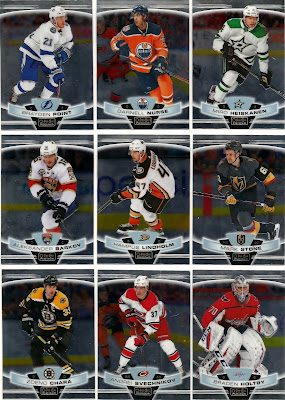 A handful of 2019-20 OPC Platinum including 43 year-old Zdeno Chara and 20 year-old Andrei Svechnikov. Braden Holtby signed with Vancouver recently so the Capitals will likely drop down the list of my favorite teams. 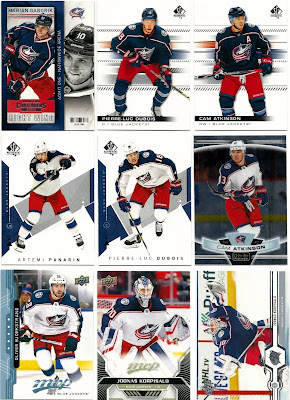 I really wanted the Blue Jackets to win that five-OT thriller to open the postseason (even though they were playing Tampa.) These singles were picked partly out of a new respect for the Jackets and partly to fill holes left by trading most of my newer BJ's to Nate of The Bucs Stop Here. 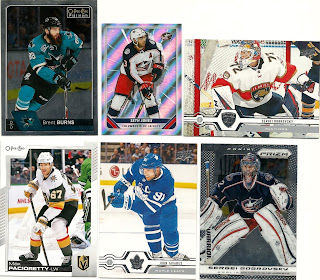 Some more Blue Jackets and other random stuff. 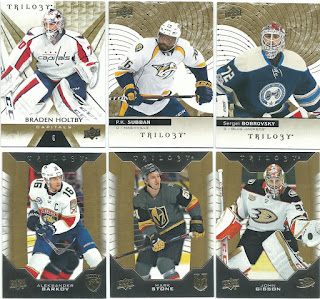 Trilogy here, including another Holtby and another Bobrovsky. I have a theory that the reason the Vegas Golden Knights didn't win the Stanley Cup is because they still haven't named a captain. Mark Stone would be a good choice. 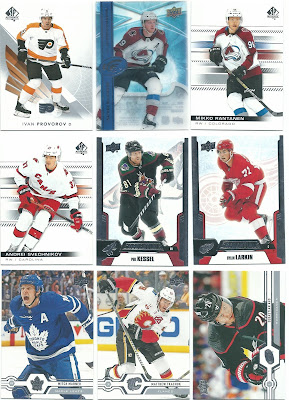 More randos. I never liked the old Coyotes jersey but it's cool to see it make a comeback (and the Flames retro sweaters are even better!) Why did I buy so many Hurricanes cards? 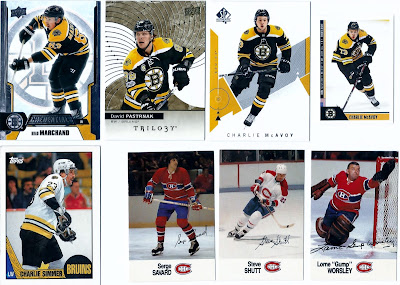 Some Bruins and Canadiens here. It's tough to find Habs Hall of Famers for a dime apiece. I'll pick up pretty much any '80s hockey card on the BBCS site for a dime. There aren't many left there that I don't already have. 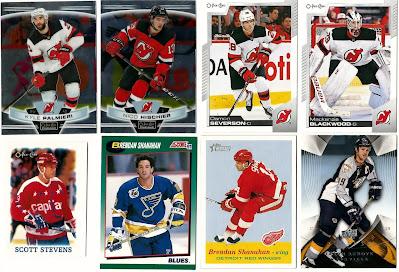 Of course I stocked up on current and former Devils. I'm not going to abandon my favorite team just because they've only won one playoff game in the last eight seasons. 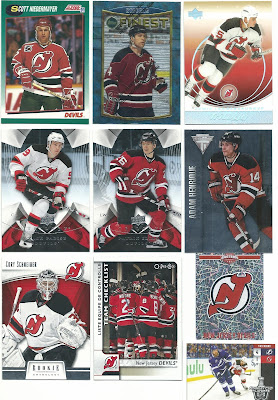 In fact that one playoff appearance was a first round defeat at the hands of.. the Tampa Bay Lightning. 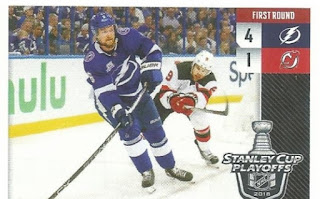 I couldn't root for Tampa then and I can't root for them this weekend. The Rays have failed to finish off Houston in the LCS since I started watching the games so.. go Astros! 😜

And I'm definitely not cheering for Tompa Bay this Sunday. Not that I'd want Brady to win anyway, ever.

Go Pack Go! Turn that Brady dial all the way to crud!