(the rest of) my New Order

My mystical prognostication powers have taken a new form: the reverse hex. It worked for the Rays when I commented to Bo that the Yankees should be confident going into Game 5 of the LDS with Gerrit Cole on the mound against Tampa. The big market teams always come out on top, I said. 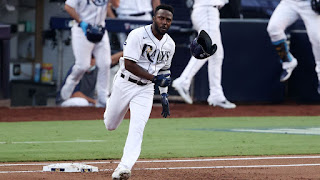 Unless I jinx them of course. Which is what I did this weekend when I switched allegiances and cheered for the Astros to beat the Rays in Game 7 of the ALCS. Of course I didn't want those can bangers to join the 2004 Red Sox as the only teams to complete an 0-3 comeback. I just had to say I did.. so they'd lose. (To be honest I'm not as mad at the Astros as most fans are, and I'm impressed that they've reached four straight LCSes. But still.) 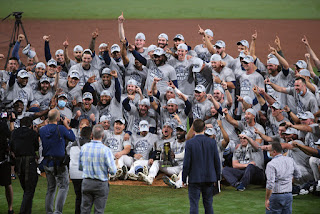 Since most of you will be watching Game 7 tonight I figured I should close out my order at the Baseball Card Store a little early. Let's start with my dime finds from the diamond: 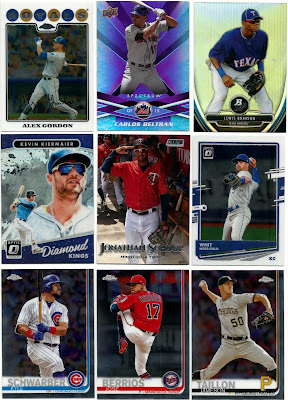 Refractors are drying up, the only one I could find is Lewis Brinson. The Kevin Kiermaier is a Prizm parallel of some sort. He's one of the two Rays cards I ordered. 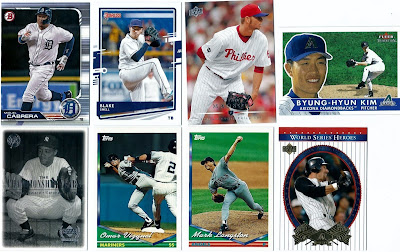 Blake Snell is the other. Ryan Madson and Byung-Hyun Kim were All-Time Teams Frankenset needs. (I've updated my wantlists btw.) Is that Derek Jeter sliding into second on Omar Vizquel's 1994 Topps card? 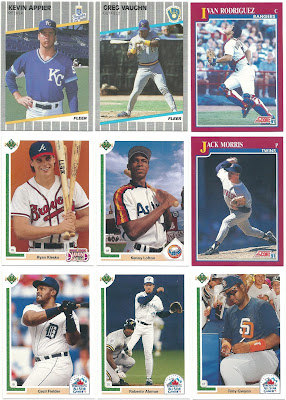 I sorted by "newest" and found that Steven had added some update and traded sets. I was happy to scoop up the Kenny Lofton in particular. Ryan Klesko has been shipped off to a fellow blogger. 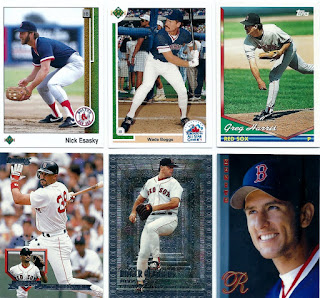 Older Sox. The 1997 Zenith set is an underrated masterpiece. I was very excited to see that the only single available from this set was a Boston star. 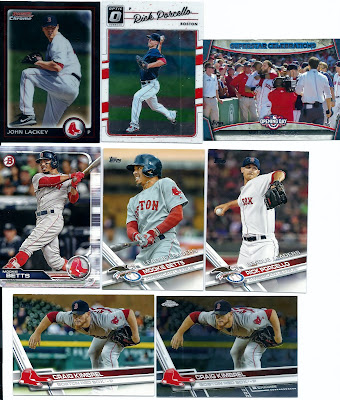 That's all the baseball cards I picked up in this order. I have three monster boxes for my non-set, non-PC baseball cards and they're overflowing. Guess I'll have to clear some room somehow.

I made some room in my basketball monster box by moving out my 1989-90 Fleer set build. That freed up some space for these new additions:

I really wish I'd picked up an Hakeem Olajuwon rookie card. Too late now :/ 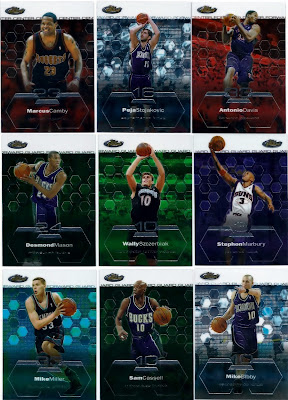 I'm nearly finished with the 2003 Finest baseball set. No immediate plans to complete its basketball counterpart, but these are cool cards regardless. 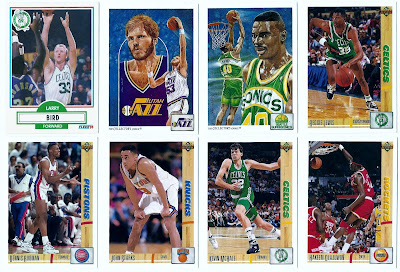 I've got almost 20% of the 1991-92 Upper Deck basketball set. This might be a set building project down the road, once I complete a couple current ones. Shawn Kemp had so many awesome cards. 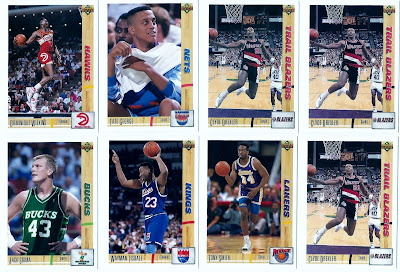 So did Dominique Wilkins. Here's that trilogy of Drexler I mentioned. I'm really enjoying my return to basketball card collecting, but I seem to be stuck on late '80s-early '90s sets in particular. 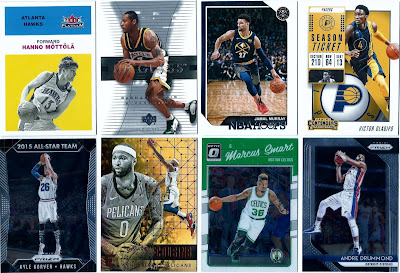 Not that I completely ignore modern NBA cards, of course. There was only one Jamal Murray card left on the site, and I was lucky to find it. I was on the fence about buying the Boogie but decided that I didn't have enough Pelicans cards in my collection (and I won't be able to pick up a Zion any time soon.)

The football card selection at BBCS seemed a little slimmer than the other sports. Still, I found a dozen or so singles that I was happy to add to my cart: 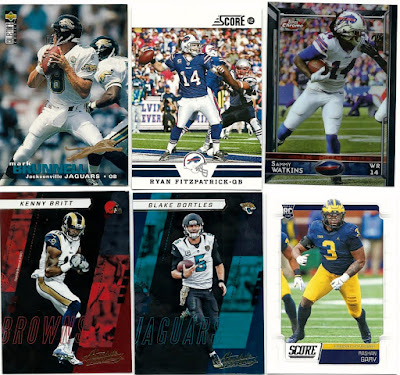 I think this is my first Rashan Gary card. Dennis would be proud -- or disappointed that it's taken me this long to get one. Ryan Fitzpatrick is ageless and awesome. I might have to add him to my player PC list. 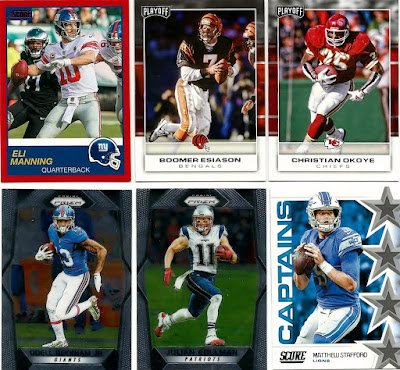 A little more star power here with the red Eli and the ODB. I already had that Boomer so it's now on my tradelist.

And we'll end this order with a pair of Packers, some lovely ladies, and some pop culture cards.

I'm probably going to take a few days off here, so that I can tend to my 1993 blog and put away my new purchases.

p.s. ten points to anyone who can correctly identify what I'm referencing in the title of this post.

Email ThisBlogThis!Share to TwitterShare to FacebookShare to Pinterest
Labels: baseballcardstore.ca