Recently I ordered some hockey, basketball, and football cards from the Baseball Card Store. I didn't have time to search through their baseball cards so I went back a few days later and placed a baseball-heavy order, then requested shipping on the whole lot. The box arrived two days earlier than expected.

I'm going to stretch out the contents of my box over several posts. Today I'll show off the mystery packs available at BBCS. These are 15-card grab bags at the same dime-a-card price, but the selection is as random as a repack. There's even more of a surprise since you can't see the front-facing card when ordering these.

If you're interested in ordering from BBCS but you find their search option tedious I highly recommend ordering some of these mystery packs. I ordered five.. and I received six: 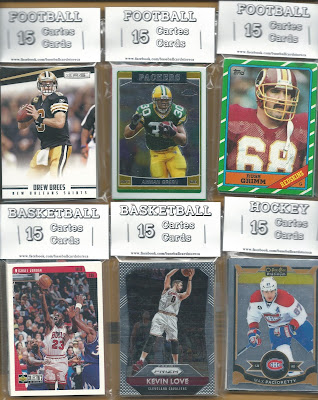 I was very pleased with the front-facing cards. The Jordan is a team set issue. Any MJ for a dime is a nice surprise. 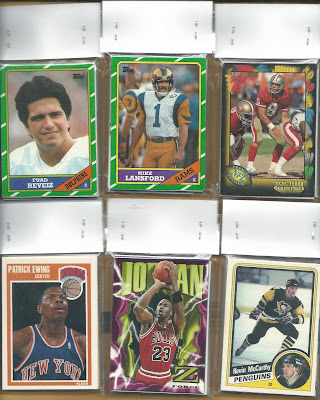 I ended up with two Jordan cards. Aside from these and the Drew Brees, everything else fit a set build or PC. Pacioretty and Young are Connecticut guys.

The hockey pack was a free gift/replacement for one out of stock card. Above and beyond, IMO. Here are the highlights: 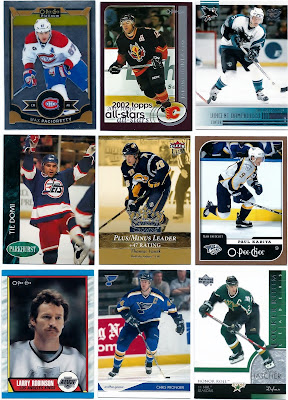 The basketball repacks were exceptional, though that could just be because I don't have as many NBA cards as other sports. You be the judge: 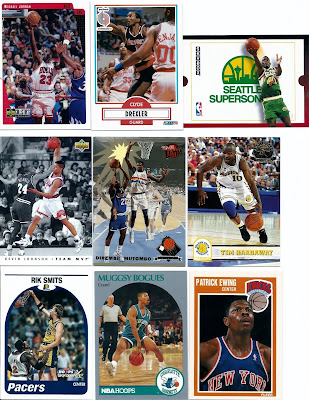 Two inserts and a parallel of '90s stars. I love that Dikembe Rejector. Smits is a need for my Hoops Decade set build. 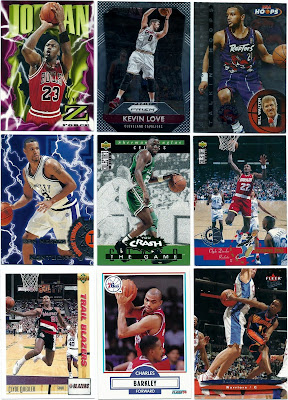 Look at all these stars! I had mistakenly ordered two copies of the 1991-92 Upper Deck Drexler and pulled a third copy out of the repack. If anyone is collecting this set or Clyde "The Glide" let me know.

The football packs were interesting. I noticed a pattern right away. Here's every card across the three packs: 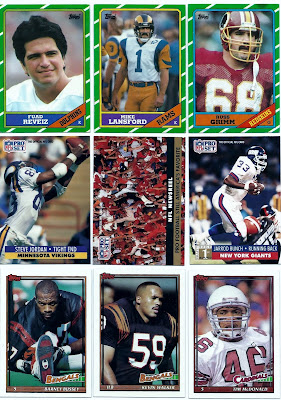 As you can see., each repack had one card.. 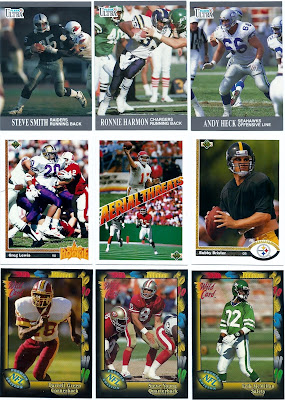 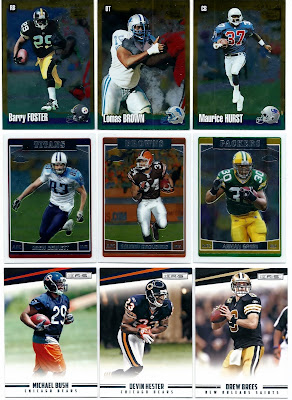 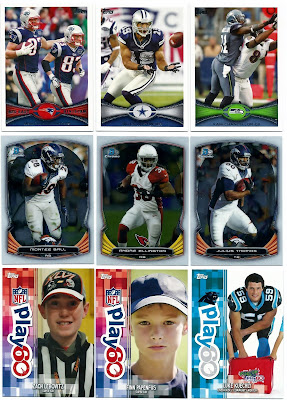 There was only one very slight difference.. 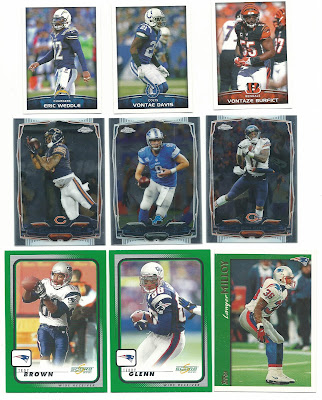 .. a very slight difference since all three of these green-bordered cards depict Patriots. I have to admit I was a little disappointed in the football packs, especially compared to the basketball. That was until I cataloged my new cards on TCDB and noticed that the 2012 Topps Kam Chancellor is his rookie card.

I have no idea what the legit value of the Chancellor RC is, but the cheapest copy on COMC is currently listed at over $5 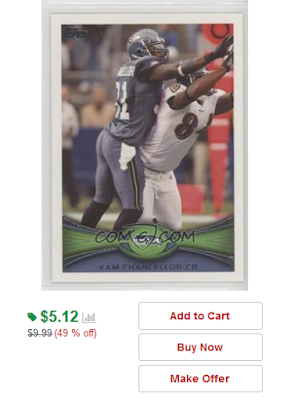 Not a bad pull from a blind pack of dime cards. Perhaps next time I'll order some baseball packs.

Have you had any recent success with mystery packs, grab bags, or repacks?