Lately I have had a hard time relaxing and writing blog posts or comments. The stress of dealing with my current job while also trying to get another job has been difficult to overcome. My go-to stress relief is blasting some music (usually Fall Out Boy's "Champion" does the trick) and cracking open some cards.

Last Friday I came home from an interview with a staffing agency to find two packages on my front porch - one big box from COMC and a surprise mailer from Julie, author of A Cracked Bat. Julie was returning fire from a package I sent her a few months back. 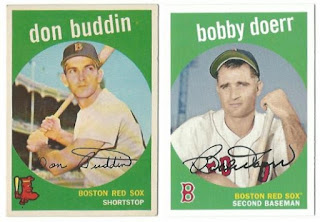 Nothing but Red Sox inside. Here's a side-by-side comparison of the original 1959 Topps and the Archives version. 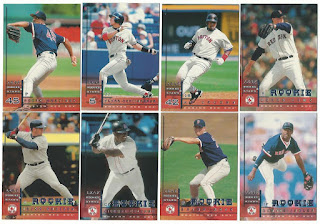 Eight cards from 1998 Leaf Rookies & Stars, including a Jason Varitek "rookie". Seven of these are new to my collection; only the Nomar Garciaparra is a dupe. 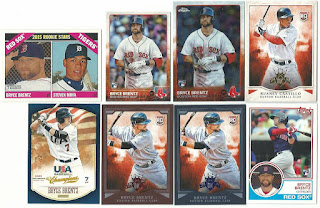 A bunch of Bryce Brentz (and one Rusney Castillo) including my first mini from 2015 Topps. Julie is a Tigers collector, so it's no surprise that Steven Moya snuck in here. 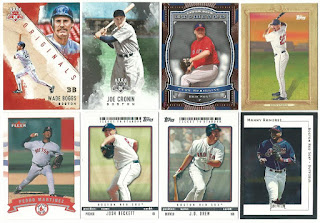 Another nice group of Red Sox here. I like the DK originals Boggs and the Turkey Red Youkilis in particular. 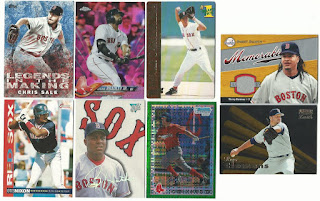 World Series closer Chris Sale and ALCS MVP Jackie Bradley close out this group, along with a Manny Ramirez relic and a minor league Nomar. Great stuff Julie, Thanks very much!


There were also some Sox in my COMC box: 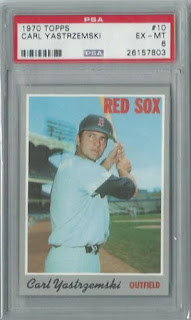 I always search for graded vintage singles on COMC, especially during their sale days. This time very few cards caught my attention; it took me nearly the entire week to pull the trigger on this 1970 Topps Yaz. It looks undergraded to me, and I'm happy I bought it, but I could have picked up a dozen decent cards for the $16.75 I paid.

In fact I did pick up a dozen decent cards for slightly more than half that price, as I mentioned in my previous post. There were about 22 cards in my cart at one point, but a few of them sold while I was looking and I "put back" a couple on my own. In the end, I walked away with these: 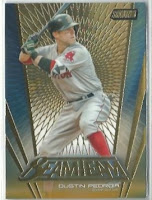 This Dustin Pedroia Beam Team gold was something I would have bought anyway. I was thrilled to scoop it up on sale, along with a few impulse buys such as this Ty Cobb Artist Proof parallel (#d/99.) 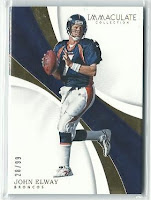 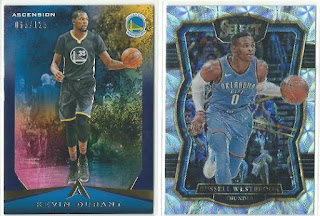 This Kevin Durant Ascension parallel ($0.65) has a corner ding, which explains why it was cheaper than the Russell Westbrook Scope Prizm ($0.85).

I picked up four Rediscover Topps buybacks for a total of $2.60 - and promptly shipped them off to Shoebox Shane. The cheapest cards in this group were Clayton and Clinton: 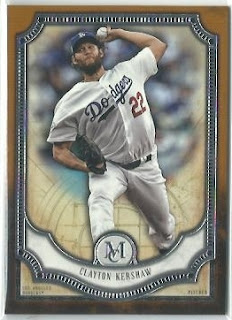 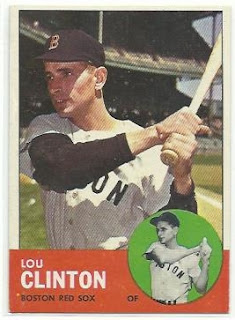 ...and so did this 1963 Topps Lou Clinton card. As soon as I got it in-hand I was amazed at how clean it was. The back isn't bad, either. I'd scan it but I just sorted my entire Red Sox collection and I'm too lazy to pull it back out.

That's a dozen decent cards for just $9.40! Who knows what gems I could have snatched up had I not bought the Yaz..but I'd say I got the best of both worlds.


I'm planning a Todd Helton-themed post for Friday but I don't know how often I'll be able to blog beyond that. I have two interviews scheduled that day, which is amazing but also stressful because I might end up having to cancel one and what if I don't get the one job I interview for? 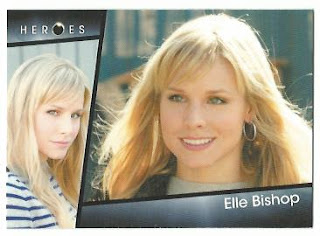 This morning I wasted a whole hour fiddling with my Women on Cards tab, just so that I can insert my two newest additions (stupid blogger html..) The Mrs. and I watched a Kristen Bell movie on Netflix this past weekend. Like Father was just what I was looking for - something light that I could sort my cards and half-watch without missing anything crucial. It wasn't anything special, but there was one laugh-out-loud scene. 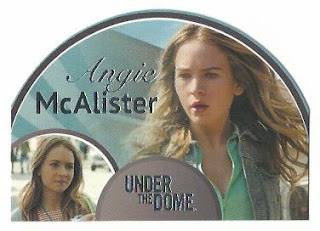 This was my eBay bucks purchase - an Under The Dome character card die-cut. I actually had to pay $2 out of pocket, but that's a fair price to bring another Britt Robertson card home.


I have a few more Red Sox cards coming soon, but I'll try to mix in some other teams (and maybe a non-sports single or two) since I'm sure some of you are sick of seeing Boston-area teams. Someone shoot down the Patriots...please!