I mentioned in my last post that three packages were waiting for me when I got home from work on Friday. One from Julie, one from Wes..and a third one I was not expecting.

The sender's name and return address were unreadable: 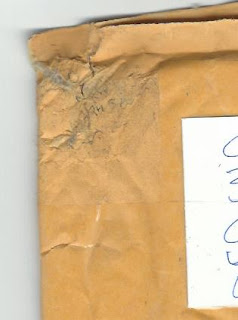 But the postage sticker narrowed it down considerably: 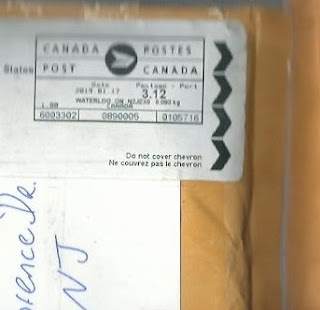 By my estimation there are only 2 or 3 Canadian collectors reading this blog. There was no note inside the mailer; the cards would have to provide clues. 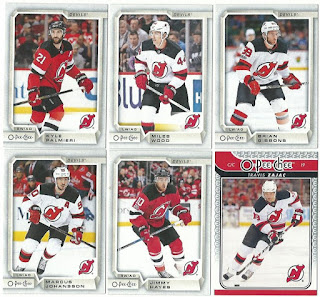 O-Pee-Chee Devils! Lucky for me Brian Boyle was not included; it's the only one I have from '18-19. 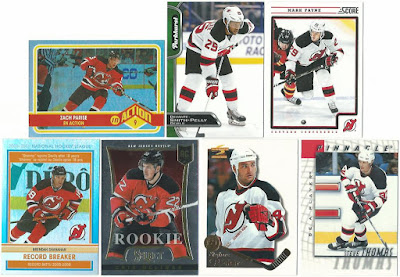 More Devils, including Zach Parise, Brendan Shanahan, and Cup-winning Capital Devante Smith-Pelly. My Devils collection has been nearly dormant, since almost everyone on the blogs sends me Red Sox and I haven't been able to upload my hockey traders to TCDB (working on that this weekend.) These are most appreciated - but a Canadian sending hockey cards isn't helping me solve the mystery (although it rules out Mike Matson.) 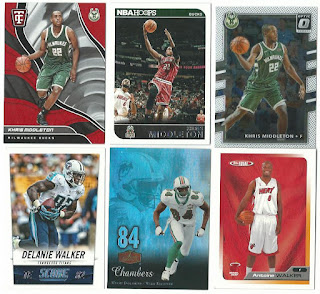 A-ha! Now this is a clue. Three Khris Middleton cards, an Antoine Walker, a Delanie Walker, and a Chris Chambers card. Whoever sent these has an eye for special mini-collections of players who share one's birthday. 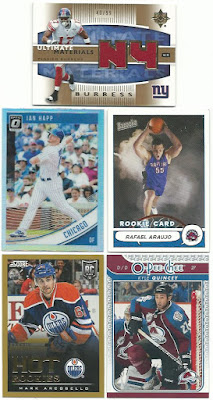 Which is what all these players have in common with me: August 12 birthdays. Ian Happ was born the day of the MLB players strike, in 1994. Rafael Araujo was born on my exact birthday. And Plaxico Burress was..a grade-A idiot who once shot himself in a nightclub and probably cost the Giants a Super Bowl. That said, an Ultimate Materials relic #d to 99 is a welcome addition to my collection. (had Plax shot someone else I'd feel differently, obvs.)

But who would know this? Who would have cards of all four sports, including a gold parallel from 2013-14 Score hockey and an obscure Raptor and be generous enough to send a care package of players who have a very specific birthday?

I'm going to go out on a limb here...it has to be Douglas, author of Sports Cards From The Dollar Store, and collector of players who share his 2/14 birthday.

Doug, thank you very much for this surprise package! I'll be sure to send you some return fire as soon as I can.


Have any of you received a surprise package from a fellow blogger/collector lately?