Ending One Project, Starting Another

I started the All-Time Teams series in August. It really should not have taken me seven months to complete; my initial plan was to write them all in one month! But now that all 30 teams are set it's easy to imagine what a season would look like with all of those legends (and Yunieski Betancourt!) taking the field. I've thought about different ways to calculate a simulated season with these teams and decided that it can wait until October. 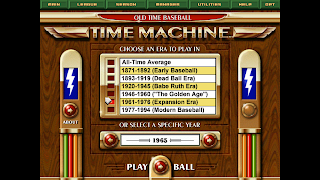 There are some reader-suggested roster moves that are worth re-considering, for example:

Everyone wanted Nolan Ryan! I got comments that he should have been a Ranger (his HOF plaque does have a 'T' on it) and an Angel, where he had his many of his best years. I stand by my decision to send him to Houston; if he had anchored the Angels' rotation it would have bumped John Lackey out. Don Wilson or Joe Niekro would have made the Astros' rotation, with Roy Oswalt ascending to staff ace.

Would it have killed me to put Alex Rodriguez on the Mariners? Probably not. Graig Nettles would have been a much better fill-in for him as a Yankee than our man Yuni is in Seattle. But it's kind of fun to have one guy who clearly doesn't belong. Kind of like John Scott at the NHL All-Star Game. 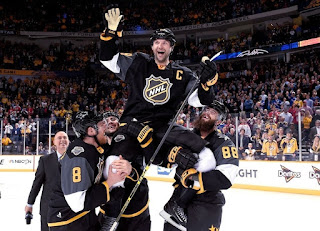 It's tough to be objective when deciding between a modern player readers like and a 19th-century player no one has heard of. Such was the case with the Phillies roster, when Dick Allen was squeezed out of the starting lineup in part because of Sam Thompson. Perhaps I should have had Allen play first, Ryan Howard DH, and bench either Thompson or Chuck Klein.

Here's one that I didn't get a comment on but I still don't feel great about it: Hall of Fame shortstop Joe Cronin could compete for the Red Sox or the Twins(Senators) starting job, yet I have him managing Boston. If Terry Francona managed the Sawx and Cronin were a player, either Nomar Garciaparra or Cecil Travis would likely get cut. Both of them had higher career averages - but shorter careers - than Cronin. Neither of them accumulated 64 WAR or eight seasons of 100+ RBI.

Also I had Tony Lazzeri on the Yankees and the Barnstomers! I had a feeling I'd duplicate at least one player. Joe Gordon has replaced him on the 31st team, and I 'remastered' that post.

And finally, there are four players with over 70 career WAR who didn't make the cut for their franchise's All-Time Team (or the Barnstormers) :

SS Bill Dahlen 75.3 WAR
Primary team - Chicago Cubs/Brooklyn Dodgers
We can rule out the Cubs right away. His Dodgers numbers do compare well to Pee Wee Reese - but Pee Wee played a lot longer in Dodger blue. Dahlen isn't even a Hall of Famer (but he should be.)

P Pud Galvin 73.5 WAR (HOF)
Primary team - Buffalo Bisons
A pioneer in the field of PED usage, Galvin pitched seven seasons with the Pittsburgh Pirates, who definitely could have used him. However he was a far better pitcher in Buffalo.

P Ted Lyons 70.4 WAR (HOF)
Primary team - Chicago White Sox
"Sunday Ted" had a fielding-independent ERA over 4.00, walked more batters than he struck out, and averaged a mere 2.3 strikeouts per 9 innings. Lyons was elected to the Hall of Fame as a starting pitcher without whiffing 75 batters in any one season. Wow.

In the course of my research for this project I learned a lot about some overlooked greats, especially from the first 75 years of baseball. As collectors, we're often more familiar with players that appear frequently on trading cards. I didn't know about Sam Thompson or George Davis or Jimmy Ryan until researching this project - because there just aren't any (modern) cards of these players.

The Sporting News Conlon Collection did a fantastic job cataloging the lesser-known players of the pre-war era, but even that comprehensive five-volume set doesn't cover 19th-century stars.

A few months ago one baseball card blogger (I can't remember who) asked us to think of an idea for a new card set, and what it might include. This All-Time Teams project made me realize that due to licensing issues - and the Topps monopoly - we missed out on what could have been a fantastic card set celebrating 150 Years of Baseball.


So I'm going to create one.


No, it won't be a traditional card set with the same logo, design, and sequential card numbers. But if it were, I would build it thusly:

**If this were an actual set the "leftover" players would be called something else. But the exchange card would be redeemable for a full 25-card set of those players.

This would be a traditional 15-card pack, 36-pack box product, at a price point of under $100. Let's say the Stadium cards are 1:6 packs, which would equal six in a box. Including the five inserts and Hall of Famer "hit" that's 12 'special' cards per box. Is that too many? Not enough? 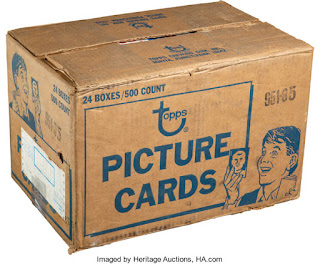 Since I don't own a trading card company I would have to make my own All-Time Teams out of already-existing cards. And so, with my first Frankenset completed I will now attempt to complete a much bigger project: an 810 card collection based on the just-completed All-Time Teams.

Excluding the checklist card from my original concept leaves me with 27 cards per team, for an even three 9-pocket pages. I will need two binders for this project - one for American League teams and one for National League teams - which I probably won't be able to purchase until the summer.

Once I am able to assemble the set in binders it will take me back to how I used to display my baseball card collection - alphabetically by city. Since joining TCDB I moved all my sets out of boxes and into binders, while my 'free-range' cards (those that aren't part of PCs or set builds) are now sorted chronologically in boxes.

My goals for this Frankenset are simple: one card of every player on an All-Time Team, preferably in that team's uniform. This isn't always feasible so I'm creating a 'backup' list. I'm excluding any relics, autographs, thick base cards, or high-value vintage in order to keep costs down. Low-end inserts and parallels will be targeted in some cases.

There are going to be some challenges, and I may even need to commission someone to produce custom cards once I've exhausted all other options. If the set takes more than a couple years to build there may be some past players getting bumped out by a current star. But I'm not making roster decisions based on whose card will be easier to acquire. That would be cheating. 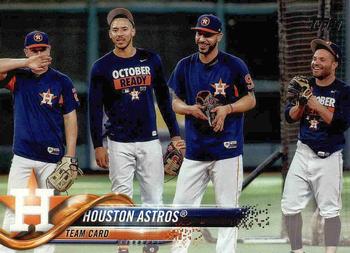 I'll have more updates on this project as new cards come in - including a spreadsheet for your perusal.

Until then, thanks for reading this long post. Hope to see you back here for the exclusive All-Time Teams edition of Free Stuff Friday!