I have to say I'm surprised at the amount of interest my 50/50 trading offer has received (600+ views?!?). Over the weekend I emptied out my August budget on shipping supplies - and a Blowout Cards order for card storage supplies that may or may not include the Great Trader Prize. Then I got four more requests for trades.

So here's the deal: anyone who requests a 50/50 trade before September 1st is eligible for the Great Trader Prize. I'll try to ship out the second wave of trades this weekend.. and then I need to give my budget a break!

While waiting for my Blowout Cards order I received trade package #2 - from Paul of the blog Card Boarded. Paul claimed a hockey mystery lot - and sent me a huge stack of Devils in return.

There were 26 Martin Brodeur cards, including these: 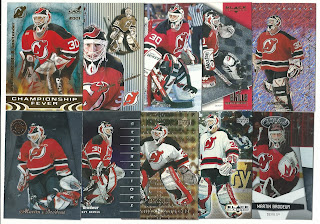 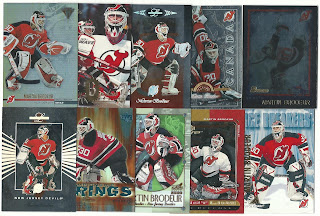 Paul sent some cards of other Devils greats, including Scott Stevens: 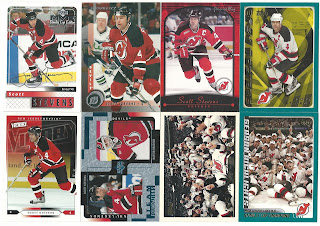 (Scratch that - there were 26 and a half Brodeur cards) 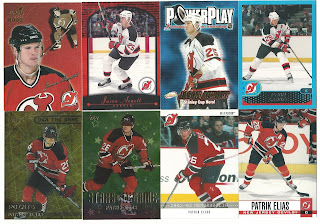 My wife would leave me for Arnott in a heartbeat. Which is fair; I'd leave her for Taryn Southern :P

Some Hall of Famers, some notorious names in Devils history...and Andy Greene: 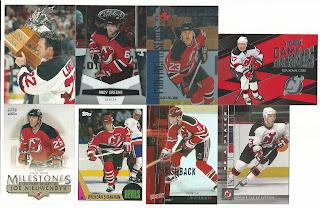 If Paul had only sent these, I would be very happy with this 50/50 swap. But just like Giancarlo Stanton, these traders aren't stopping at 50....


Have I mentioned I hoard Peter Worrell cards? Paul sent a page full of Petes my way: 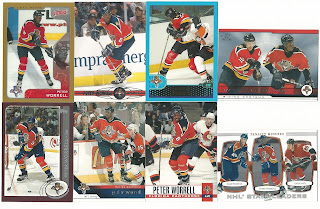 Alexander the Great makes an appearance: 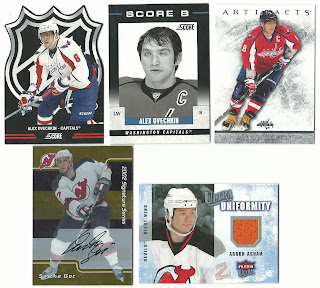 The Arron Asham relic is an Islanders swatch.

In all, there were 71 cards in this package. It's hard to pick my favorites but these two stand out:

Another award for Marty Brodeur...I wonder where he'll put them all?

Thanks for the cards, Paul! That was one hell of a haul :D