I had planned on visiting my family in Connecticut for Christmas Eve and coming home the next day. My 10 year old daughter wanted to be here on Christmas morning (can't say I blame her), so we visited Mom on the Saturday before Christmas instead. A side benefit of this was that I got to attend the monthly card show in Milford!

When I woke up Sunday morning (at 6:45 a.m.) I felt like a kid on Christmas. What deals would be waiting for me in those dime boxes? How many set fillers could I find? How many cards could I add to my team and player PCs? 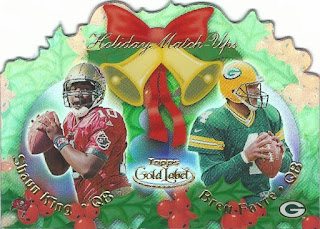 Some of the dealers that were at the last show were not there this time. I began to worry when I didn't see the row of dime boxes on the right side of the room, or the big guy with the boxes of hockey hits behind him.

I made my way around the room and found that all of the 2019 Topps series 2 singles had been cleaned out. Lots of sellers had vintage singles, but I was in a modern mood.

The dime box guy was there, but he only had two boxes left. Neither of them had any hockey. I started on the baseball side, hoping to find some Allen & Ginter for Nachos Grande and some Red Sox for me. 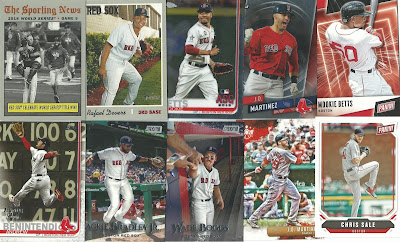 I found 24 Red Sox cards - mostly base, including some Panini Father's Day issues. 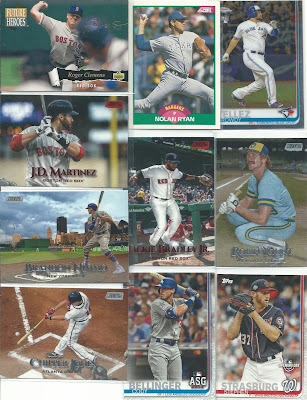 Most of the cards I found were current year issues but there were some overproduction era goodies in there, too. The Nolan Ryan 1989 Score Traded was on my TCDB wantlist. Bellinger and Strasburg were last minute additions; my pile had 298 cards so I grabbed the first two decent cards I saw to make it an even 300. 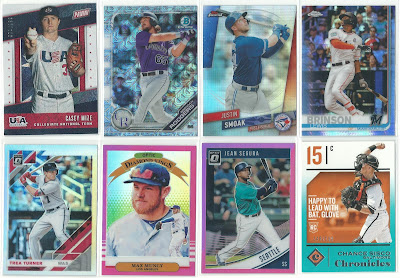 Not as much shiny this time around. I like the teal borders on the Sisco (#d/199.) Mize is numbered to 199 as well, but I can't find it listed on TCDB. I'll probably send it to a Tigers fan anyhow.

I had the dime boxes all to myself as no one else was looking through them (and the dealer wandered off while I was searching.) Over 100 of the cards I picked out were football. 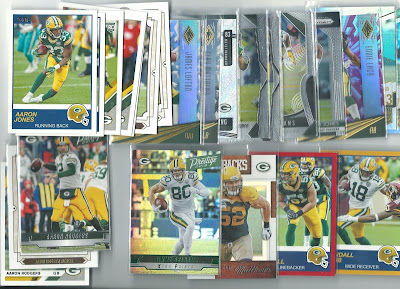 32 were Packers, including some parallels and three Aaron Rodgers base cards. 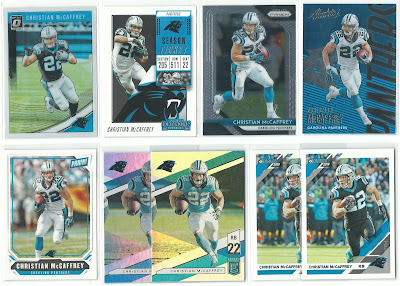 Yes I'm hoarding Christian McCaffrey cards. There were no Patrick Mahomes or Lamar Jackson cards in the dime boxes but I did pick up two Tom Brady and four DeShaun Watson. 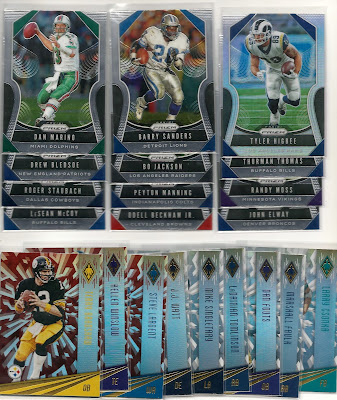 I focused on mid-tier brands like Panini Prizm, Phoenix, Donruss Optic, and Elite. It was nearly impossible to find rookie cards of even a late-round offensive lineman, so I loaded up on legends. 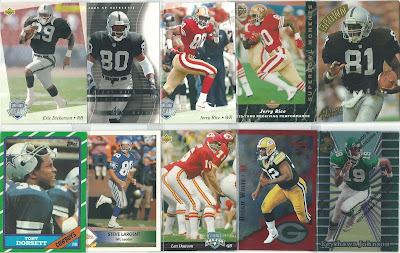 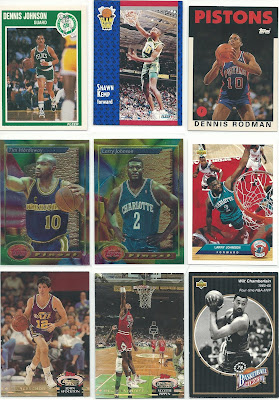 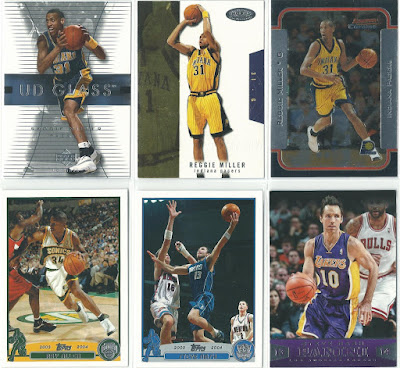 I found a few cards for my player PCs. Didn't see any Olajuwon or Larry Bird though. 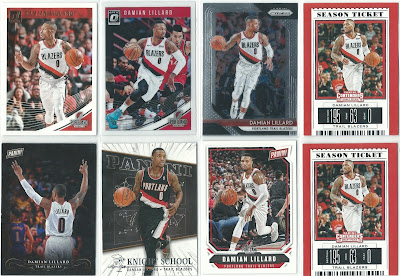 I hoard Damian Lillard cards, too. The list of things I collect will be getting an update soon. 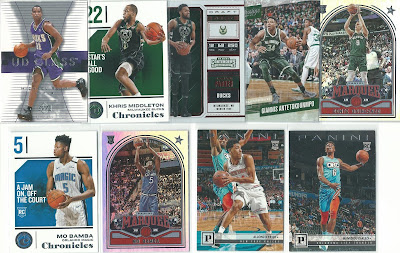 Some Bucks and some rookies. I did find a Trae Young card but no Luka Doncic. 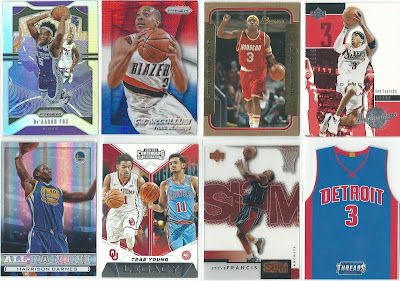 Threes were wild in this group of inserts, parallels, and promos. 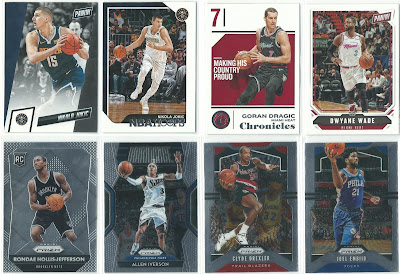 How cool are those Miami "Vice" Heat jerseys?


After I paid for my stack of 300 dime cards the seller gave me a free 1600ct box to store them in. Next to him, there was a guy with four boxes of cards in top loaders. Every card was 50 cents, but I didn't get to search all four of his boxes because another collector had parked himself in front of them. 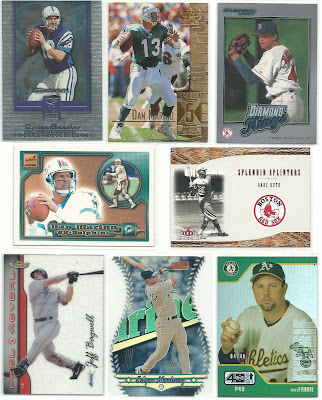 I did manage to find some neat cards, including a SN'd Manning, an acetate Bagwell, a pair of Sox, and a Mike Fyhrie. I have no idea who Mike Fyhrie is, but it's a 40 Man parallel numbered to 40. Maybe an Oakland A's fan will want it..

The 50 cent seller had one box of football cards that was made up of only four players - Jerry Rice, Steve Young, Dan Marino ... and Brett Favre: 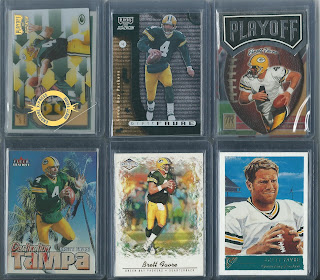 I grabbed 26 new Brett Favre cards including the one at the top of this post. I won't make it to 1,000 any time soon but this stack might have helped me pass the 800-card milestone.


Before I left I decided to take one last look around, in case I had missed anything. Near the exit I saw a table with some higher-end cards that looked very crowded. I peeked in between and stuck my hand in one of the boxes. On a whim I picked up two Immaculate Autographs for $15:

The Love auto is a sticker-graph, but the Grant is signed on-card. I'll have to update my Immaculate Collection later this week, too.


There's just one more post in this 12DOC series, and I'll probably post it Christmas evening. Thanks for reading, and have a Merry Christmas / Happy Hanukkah!