When I was growing up, the best Christmas present a kid could ask for (and reasonably expect to get) was a video game system. I was about six or seven when I got my first, an Atari 2600. 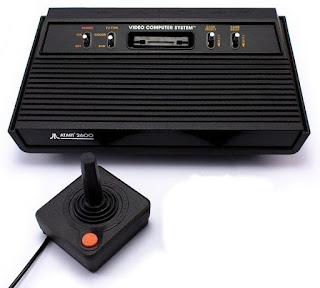 I don't know for sure that the console was a Christmas gift, though I'm almost certain that my first game was Missile Command.

I didn't understand the Cold War reference at the time, but I've since become very interested in all the nuclear-era events from the Cuban Missile Crisis to the Chernobyl disaster. 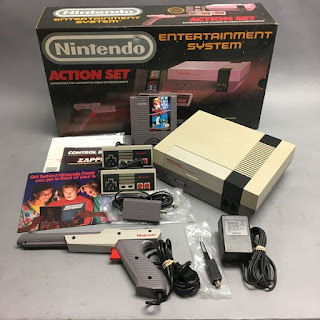 A short time later, Nintendo consoles made their way into the homes of my friends and neighbors. Sure enough, my mom got one for me at Toys R' Us (or possibly Child World)  and it was under my tree Christmas morning of 1988. Looking back, it seemed like everyone had a Nintendo and yet I have this faint memory of my mom going to several different stores for games or the NES itself because they were such hot sellers that stores couldn't keep them in stock this time of year.

I remember having so much fun playing The Legend of Zelda one Christmas that I really didn't want to leave to visit my Grandma. Some of my other favorite games included Dragon Warrior, Super Mario Bros. 2 and 3 (I didn't love the original) and Tetris.

It's pretty cool that gamers are still playing Tetris competitively.

One of the few sports games I played on the NES was Tecmo Bowl. Everyone knows that Bo Jackson was virtually unstoppable in that game. However, it always bothered me that the first Tecmo Bowl didn't include every NFL team. 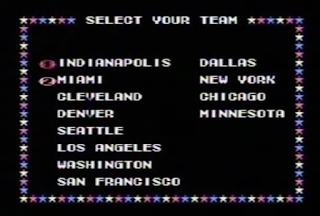 Once the Super Nintendo hit stores my mother bought one for me as a Christmas gift. Of all the game systems I've had in my life I think I enjoyed SNES the most. I had (and still have) a box full of SNES games, but my favorites include Final Fantasy: Mystic Quest, The Legend of Zelda: A Link to the Past, and Tecmo Super Bowl III. 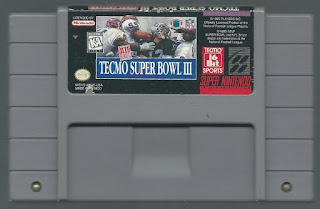 This was the first sports game I played long enough to accumulate a season's worth of stats. It was a lot of fun seeing the standings, stat leaders, and injury reports though every game week. My go-to team was of course the Packers, and it was a blast watching Brett Favre throw 80-yard touchdown passes to Sterling Sharpe. The running game was a struggle though, and I almost always lost to my neighbor Darin and his damn Dallas Cowboys.

By the end of the 1990s I had stopped keeping up with current video games. I never asked for a Nintendo 64 and didn't have any interest in a Game Boy (my nephews had one and I couldn't stand the black & white screen.) The last console my mom ever bought me was a Playstation. When PS2 was released, the price far exceeded my interest in it - though I briefly considered buying a used console simply so that I could play 24.

The next console I owned was a GameCube, which my girlfriend bought for me (I think it was a birthday present though.) We had some fun playing Tiger Woods PGA Tour and SSX Tricky but I never finished the Legend of Zelda: Wind Waker because I couldn't figure out the stupid seagull flight. 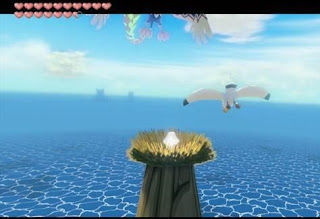 Anyway.. a couple years after my wife and I got married she gifted me a Nintendo Wii. I had a handful of games (including a new Sim City) but I struggled to navigate the wireless controls for pretty much anything other than Wii sports. The only game I truly enjoyed was one that didn't require me to hold the control: 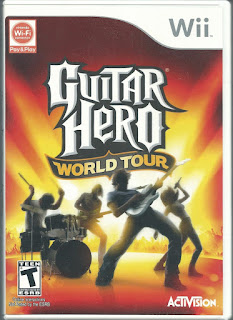 As soon as I saw the track list for this game I ran right out and grabbed it off the shelf at Target. Before my daughter was born I used to come home from work every night, head right for the game room (which became her bedroom less than a year later) and play Guitar Hero until dinner time. I wouldn't even change out of my work clothes, I'd just discard my tie and rock out. For some reason I was a lot more comfortable using the "lefty flip."

The main reason I bought this game was for the awesome international acts, including one of my favorites - a Swedish band called Kent.

[Side note: my best friend came over one time and he had never played Guitar Hero before, but he was an actual bassist in an actual touring band. He schooled my ass!]


Last year, my wife brought this whole thing full-circle with a Christmas gift I had wanted since its release: 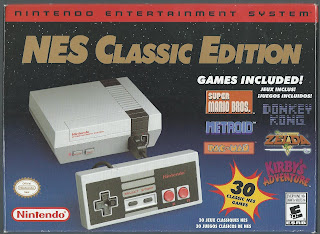 Unfortunately the TV in my room is an analog (well, it was before it finally died) and so I still haven't been able to play this. I'm hoping to get a new TV this Christmas so I can play video games again.


Have you ever received a video game console as a Christmas gift? Do you have any favorite video games from old systems like Atarti, NES, SNES, or PlayStation?