Cleveland sports teams have been on my mind a bit lately. First there was the three-part documentary about the Cavaliers from Secret Base. Then the Cleveland Indians changed a few letters in their name. 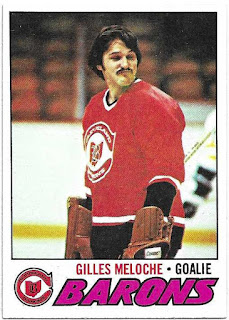 In between, this card arrived in my mailbox. It's my first legit Cleveland Barons card; there are five in the 2004-05 In The Game franchises set. The only other vintage Barons card in my collection appears to be airbrushed. In fact there are very few cards from the Barons' two seasons of existence that actually show the team logo.

I had requested this Gilles Meloche card - along with 14 set fillers from 2018 Topps Chrome - in a TCDB trade offer made on June 11th. It took me nearly six weeks to complete this deal, but I had to be patient. Nine cards - including a Seth Jones Black Diamond RC and some 2014 Topps baseball inserts - were sent to RustyK99 in exchange for: 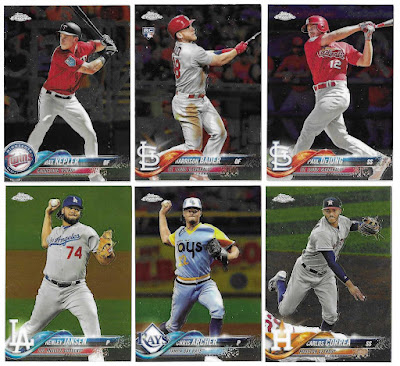 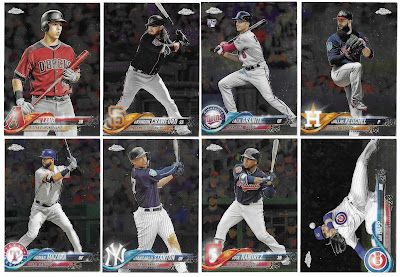 Two Cardinals, two Astros, two Twins, and the Indians' only decent hitter - plus a guy who just got cut by the Tigers. My 2018 Topps Chrome set build is now 68% complete. I still need far too many rookies, but every little bit helps.

For a while I had turned off trading as I planned to finish my PWE Swap and then rebuild the tradelist from scratch. However I saw some Texas trader anxious to get rid of his football and basketball cards for some reason  and he clearly stated that he would trade 10 cards to 1 in our favor.

I happened to have two cards he needed, and so I scoured his tradelist for some NFL/NBA goodies. Of the ten cards I'd requested two were taken - a Larry Bird Hall of Fame insert and a Bobby Portis Mosaic green parallel. My substitutions were even better: I found a Brett Favre insert on second glance and got a nice Red Prizm parallel of a guy I semi-collected a couple years ago. 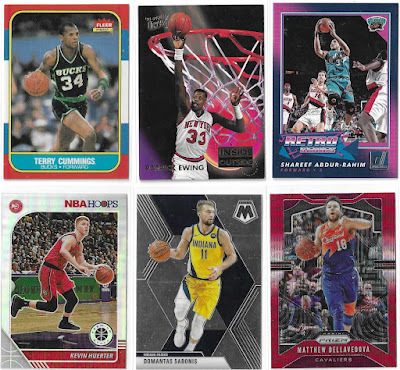 My first 1986-87 Fleer single and my first Domantas Sabonis card. He was probably the best NBA veteran not represented in my collection - until now. The Kevin Huerter Hoops Premium will fit right in with the fat pack I got as a free gift for spending way too much money at Dave and Adam's. 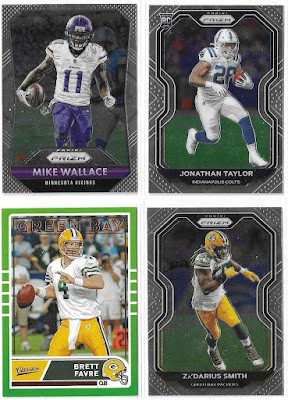 Broadcasting legend Mike Wallace is the only set filler needed from this trade. The Taylor RC might be the sleeper of the deal; he was the NFL's third-leading rusher in 2020 as a rookie. A pair of Packers would have been a fair trade on their own; this is my second Za'Darius Smith card and my 844th Favre single.

I got all ten of these for a Houston Astros Panini logo sticker (and I threw in a Warren Moon checklist card.)


As for that Hoops Premium stock pack, it was fairly pedestrian: 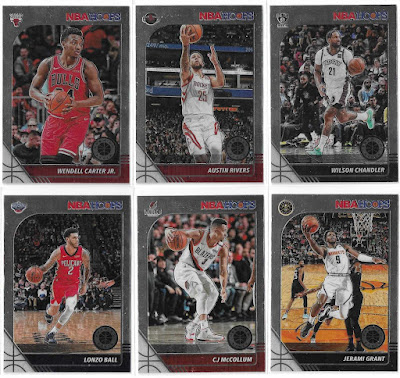 I'm not a fan of the Ball family, and I would have preferred the other Blazers star.

First year player cards. Cam Reddish played well once he got a chance in the East final. Cavaliers point guard Darius Garland might be the best of the three rookies. 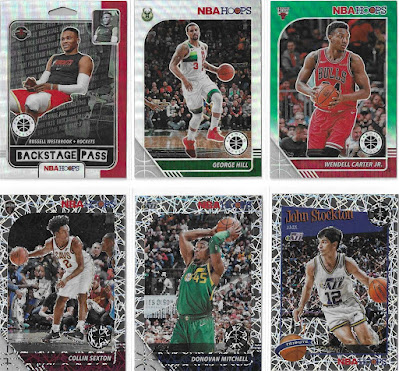 More NBA content (what is this, Secret Base?) The PWE Swap Meet is nearing the big finish. Two more envelopes arrived this weekend, one from Jafronius: 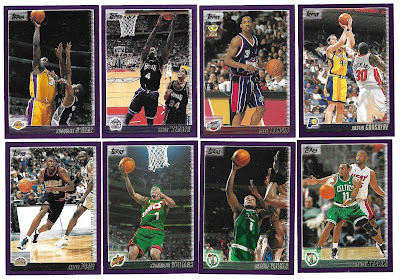 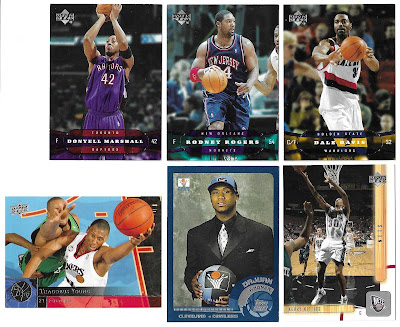 ...and one from The Diamond King, who asked that I do not send a return. (Are you sure, DK?)

Thank you Jerold and Kevin! I've shipped out all of the "Rack Pack" PWEs and sent a small box to Bo in exchange for the grand finale of NBA Week. (Fuji, there's still time to jump in if you're interested.)

When I mailed out the PWEs - and Bo's box - something at the counter caught my eye:

It was too late to send these to one of our resident Yankees fans but I'll save them for the next mailer to Bo, AJ, or anyone else who might want one. And I'll be sure that they're in the envelope, not on it ;-)
One final card to discuss. Stephen of the Baseball Card Store reached out about some 1994-95 SP hockey singles he was offering. I'd included a bunch in my last order and he wanted to give me first crack at his new stock. The only one I needed was Joe Sakic, and I told him that if it's still there when I order again, I'll take it. But I didn't expect him to hold it for me. 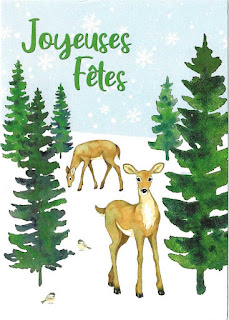 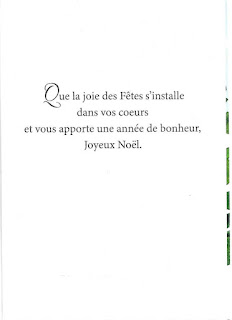