Before the second half of NBA Week begins I thought I'd squeeze in a recap of all the cards that have arrived at Collector HQ this week. We'll start with the first pair of PWEs for the Swap Meet:

The mysterious Elliptical Man who never provides a last name sent 15 singles, including loads of legends: 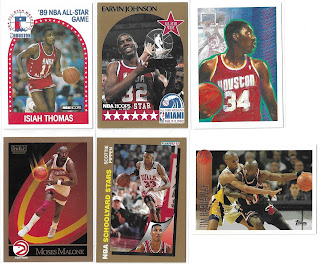 I knew Moses Malone was great - but I didn't realize just how dominant he was until researching my 1982-83 "Topps" Basketball set. Tim Hardaway will be a Hall of Famer eventually.. right? 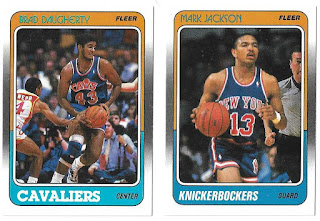 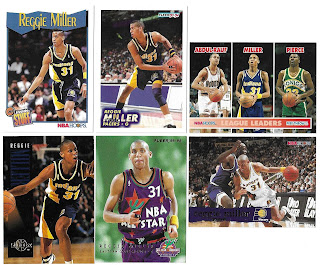 These six Reggie Miller cards bump Karl Malone off the top spot in my collection; I have 54 Mailmen and I now have 56 Millers - not including his cameo in the Hardaway card. 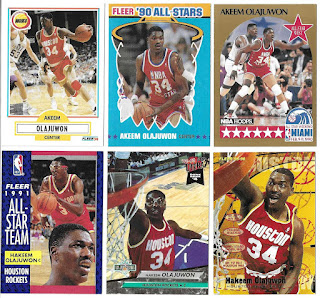 Six Hakeem Olajowon cards round out the PWE.Thank you Jeff!

I bought a pair of hockey cards from Harris Sports Cards on eBay:

Tyler Seguin is the 27th card I've added to my 2015-16 Exquisite set build. There are 30 cards in this subset/base set, but try telling that to TCDB. I was excited to add the Whalers logo sticker to my order for $1. Couldn't find it at any of the online retailers I frequent, and no one had it for trade on TCDB.

I tried filling sets through Sportlots. Bandit24 offers free shipping if you order more than 80 cards from him. 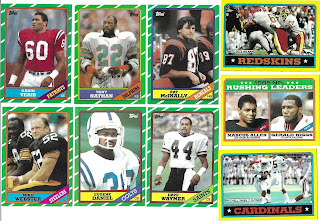 My 1986 Topps Football set is complete; these are all upgrades. Pat McInally invented Starting Lineup figures. 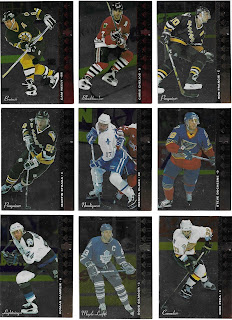 My wife had about 80 of the 180 cards in the 1994-95 Upper Deck SP insert set and I've nearly completed it for her. I'm down to just 8 needs, with one card on the way from Baseballcardstore.ca. 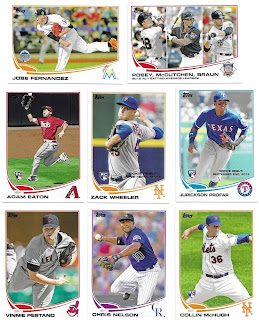 2013 Topps is almost complete. I just need three Mike Trout cards, the Manny Machado rookie, and nine other randos. 2013 Topps Update is less complete. I'm at about 85% of the 330-card set. 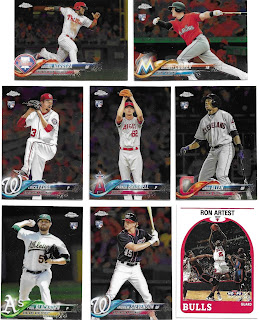 Another very ambitious set build I'll probably never finish - 2018 Topps Chrome. The good news is I've got 61% of the set. The bad news is I still need the Ronald Acuna RC, the Rafael Devers RC, and the Shohei Ohtani RC. Yikes.  The Ron Artest Hoops Decade RC has a roller mark on it. I'll probably have to upgrade. 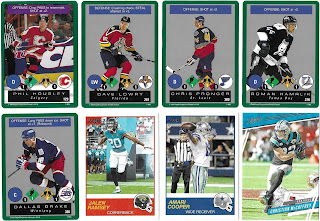 1995-96 Playoff One on One is another one of wifey's starter sets I'm trying to finish. I've added about 40% of the 2019 Score football set over the past couple of months - and at far less than the cost of a blaster. 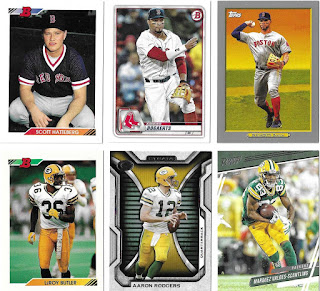 I picked out a couple of cards for my team PCs, including a Xander Bogaerts insert and an Aaron Rodgers base card. By the way, every single card in my order was 18 cents. 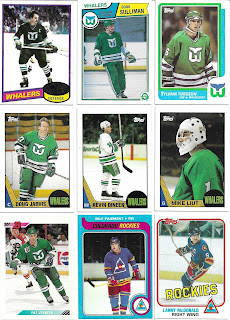 I made some room in my Hartford Whalers binder (by taking out New Haven cards) so I started filling in those empty slots. Also picked up a couple of Colorado Rockies cards. I might add the Rockies and Scouts to my list of team collections, since they are part of the Devils' lineage.

Made some progress on my 1988-89 Topps set build - but not quite as much as I intended. 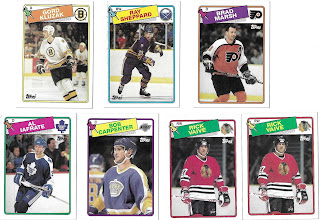 How did I manage to order two Rick Vaive cards? I could have filled in another need. Oh well :/ 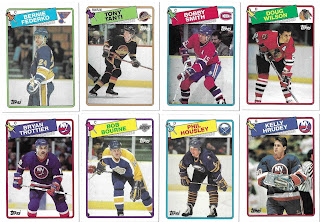 These are all in nice shape, but the Hrudey is way off center on the back. I might have to upgrade that one.

Finally, the main focus of this order was finishing off my 1992-93 Topps Archives basketball set. I needed 15 cards and Bandit24 had them all. They were the first cards I placed in my cart. Everything else was secondary. 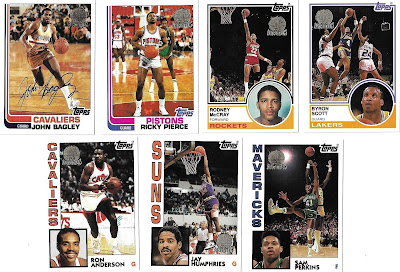 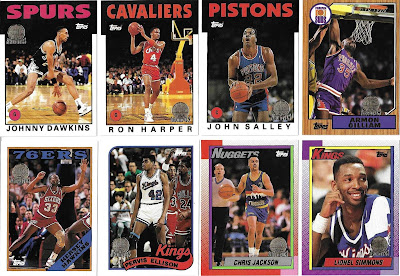 All of them were gold parallels. It's a nice bonus, I guess. But now I have to go get those 15 base cards.

Have you ever received parallel cards when ordering base set fillers? Did you notify the seller?