Well, friends, we made it. I know we've all been waiting a long, long time for this day - especially my fellow Americans - but it's finally here!

Here's the all-time roster for the New York Rangers:

The Rangers famously ended a 54-year Stanley Cup drought with their last championship in 1994. They were finalists 20 years later, losing a five-games series to the Los Angeles Kings in 2014.

Left Wing - Vic Hadfield The first player to post a 50-goal season in Rangers history, Hadfield's career total of 262 goals for the Blueshirts is the fifth-highest in franchise history. He led the NHL with 151 penalty minutes in 1963-64 and his career total of 1,041 ranks him fifth in Rangers history on that list. Hadfield is ninth in team annals with 841 games played and 572 points.

Center - Jean Ratelle Hall of Famer played parts of 16 seasons for the Rangers before a blockbuster trade sent him to Boston in 1975. Two-time Lady Byng trophy winner was a point-a-game player over his 21-year career. Ratelle ranks second in Rangers history with 336 goals and his 817 total points for the team are third in franchise annals.
Right Wing - Rod Gilbert The Rangers' all-time leading scorer with 406 goals and 1,021 points, Rod Gilbert played his entire Hall of Fame career in New York. The eight-time All-Star set career highs with 43 goals and 97 points in 1971-72, leading the Rangers to the Stanley Cup final. He won the Masterton trophy after his fifth 30-goal season in 1976.

Left Wing - Adam Graves Two-time Stanley Cup champion set the Rangers' single-season record (since broken) with 52 goals in 1993-94, a year in which he won the King Clancy trophy in addition to the Cup. Ranks third on New York's all-time list with 280 goals and fourth with 100 power play goals. Won the Masterton trophy in 2001, his final year with the Rangers.

Center - Frank Boucher An original Ranger, Hall of Famer Frank Boucher led the team to Stanley Cup victories in 1928 and 1933. The seven-time Lady Byng trophy winner for clean play rarely missed a game in his first eleven seasons with the team. Boucher led the NHL in assists three times and would be the Rangers' all-time leading scorer had he maintained his 0.78 points per game average over a modern 82-game schedule. He served as head coach of the Rangers for eleven seasons, directing the team to a Stanley Cup victory in 1940.

Right Wing - Bill Cook The first (and longest-serving) captain in Rangers history, Hall of Famer Bill Cook remains the Rangers' record-holder with nine hat tricks. The two-time Stanley Cup winner is tenth in franchise history with 228 goals, including a league-leading 33 (in 44 games) in 1926-27. Cook finished second in MVP voting that season and again in 1932-33, when he led the NHL in points and led the Rangers to their second Stanley Cup.

Left Wing - Steve Vickers The Rangers' first round pick in 1971, Steve Vickers won the Calder trophy in 1973 with 30 goals and a career-high +35 rating. He ranks ninth in franchise history with 340 assists, eighth in goals with 246, and eighth in points with 586. Steve's 19.2 shooting percentage is the fourth best in Blueshirts' annals.

Center - Walt Tkaczuk German-born Walt Tkaczuk played his entire 14-year career with the New York Rangers. A valuable two-way centerman for two Stanley Cup finalist squads, Walt is the Rangers' all-time leader in plus/minus with a +184 rating. He ranks fifth in franchise history with 945 games played and 451 assists, and his 678 points are sixth in team annals.

Right Wing - Andy Bathgate Durable forward spend the first twelve seasons of his Hall of Fame career in New York, where he won the Hart trophy in 1959 and led the NHL in assists and points in 1961-62. In 1964 Bathgate was traded to Toronto, where he would win a Stanley Cup that spring. His goals, assists, and points totals for the Rangers are all the fourth-highest in franchise history.

Left Wing - Don Maloney A five-time 20+ goal-scorer early in his career, Don Maloney set a postseason rookie record with 20 points (including a league-leading 13 assists) en route to the 1979 Stanley Cup final. His 502 regular season points for the Rangers are eleventh in team annals, and only two players in the storied history of the Rangers have registered more short-handed goals.

Center - Camille Henry A power play specialist for the Rangers in his dozen years with the team, Camille Henry is the franchise record holder with 116 man-advantage markers. The 1954 Calder trophy winner scored 20 of his 24 goals that season on the power play, the first of three times in which he led the league. Henry's 21.2 shooting percentage is second to Ulf Nilsson in franchise history, and he ranks sixth in Blueshirts' annals with 256 total goals.

Currently an Ottawa Senator, Derek Stepan is sixth in Rangers history with a career +109 plus/minus rating. Five of his six 50+ point seasons were registered with the Rangers, where he helped the club reach the 2014 Stanley Cup final. Prentice ranks 14th in goals and points among all Ranger players and eleventh among forwards. His 148 even-strength goals are tenth in team history.

Brad Park began his Hall of Fame career in New York, where he racked up 378 points in 465 games before being sent to Boston with Ratelle in the blockbuster Phil Esposito trade. While his 0.83 points per game as a Bruin was slightly better than his 0.81 PPG as a Ranger, there was no room for him in the Bruins' top two defense pairs. The seven-time Norris trophy runner-up won the Masterton trophy in 1984. Greschner ranks seventh in Rangers history with 431 assists, 610 points, and 45 defensive point shares. His 981 games played for New York are the fourth-highest total in team history. 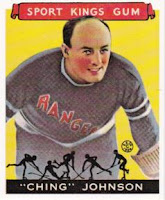 Patrick ranks third in Rangers history with 188 power play assists and his 363 total helpers are eighth in team annals. Despite posting five 50+ point seasons including a career-high 71 points in 1991-92, Patrick was never named an NHL All-Star. Hall of Famer Ching Johnson was the Blueshirts' top blueliner in the 1930s, winning two Stanley Cups with the team. He ranks eighth in franchise history with 826 penalty minutes. Jim Neilson and Ott Heller were also considered.

A first round pick of the Canadiens in 2007, Ryan McDonagh has been part of a playoff team in every one of his ten NHL seasons. The leading postseason scorer of the 2014 Stanley Cup finalists ranks fourth in Rangers history with a career plus/minus rating of +141. McDonagh was named captain of the Rangers the following year, and the team has not named a successor since his departure to Tampa in 2018.

New York's all-time leader in point shares with 173.3, Henrik Lundqvist is sixth in NHL history with 459 wins and holds Rangers' records for wins, shutouts, and games played in goal. "King" Henrik has been a Vezina finalist five times (including his rookie season) and won the award in 2012. A heart condition detected shortly after he signed with the Washington Capitals has put his future Hall of Famer career on pause. Richter is one of the most accomplished goaltenders in US history, backstopping the Rangers to a Stanley Cup victory 1994 and Team USA's victory over Canada in the 1996 World Cup. Ed Giacomin was strongly considered and the Hall of Famer's numbers compare favorably to Richter's. Perhaps I should follow my own advice and look at the numbers - what say you, Ranger fans? 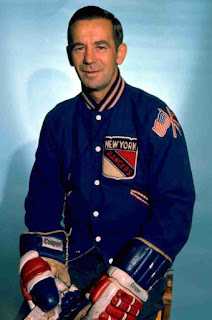 Emile Francis has the highest winning percentage of any head coach in Rangers history and transformed the team from bottom feeder to Stanley Cup finalist over his ten years in New York. Lester Patrick won two Stanley Cups with the Rangers and has a trophy named after him, but I'm going with the Rangers' all-time leader in regular season and postseason wins behind the bench.

I hope you'll join us tomorrow for our next All-Time Team, the Ottawa Senators.